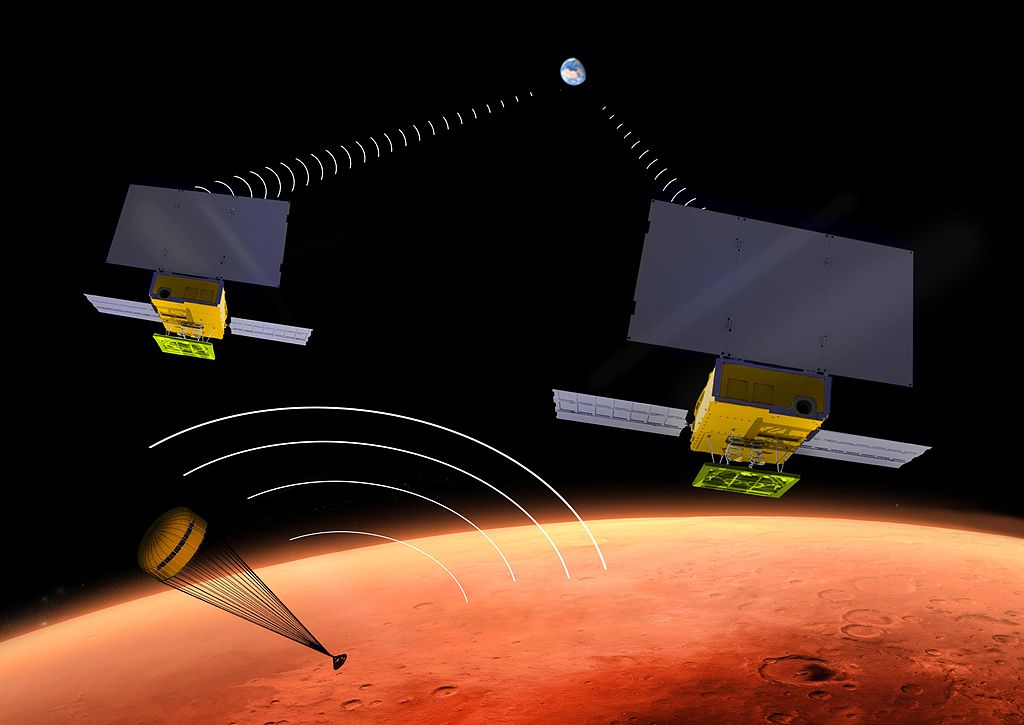 On Monday, November 26th, at approximately 2:54 pm ET, NASA’s InSight probe landed on its three legs on the surface of Mars. InSight hurtled at 13,200 mph towards the open plains of Mars, the Elysium Planitia, to a safe landing.  The total descent took six and a half minutes, otherwise known to NASA as the “seven minutes of terror” because only 40% of missions on Mars are successful.  InSight’s landing is adding to the US’s success rate of seven Mars landings in the past four decades with only one failed touchdown. These missions can be risky and very expensive but can make very important scientific achievements.

Space exploration, such as InSight, has provided many benefits to our society. Inspired by human curiosity, the exploration is deep into the unknown. According to NASA, exploration pushes the boundaries of current scientific and technical limits, inspiring scientists to address challenges that are unique and rewarding. From the Apollo, they created the guidance computer, the predecessor to the microcomputer, now in all smart phones. Other advances have created fire resistant clothes and in-depth research with how diseases behave in microgravity. The immune system in particular has been studied in depth because microbes react differently in space. New industries have emerged and connections have been fostered between differing countries. These missions aren’t possible without lots of time and funding spent.

InSight traveled for seven months in space before the probe landed on Mars. InSight’s principal investigator, Bruce Banerdt, said, “It’s taken more than a decade to bring InSight from a concept to a spacecraft approaching Mars — and even longer since I was first inspired to try to undertake this kind of mission. But even after landing, we’ll need to be patient for the science to begin.” InSight’s purpose is to study the characteristics of the mantle, core, and crust of Mars to deepen scientist’s understanding about the great red planet. It aims to study the heat fluctuations and tremors on the planet’s surface. It is tracking the wobbles of the planet on the axis which will tell us if the planet is molten or solid at the core. Scientists hope to learn more about how Mars was formed, how this differs from Earth, and more in depth about the “liveable” conditions. “We’ve studied Mars from orbit and from the surface since 1965, learning about its weather, atmosphere, geology and surface chemistry,” said Lori Glaze, director of the Planetary Science Division at NASA. “Now we finally will explore inside Mars and deepen our understanding of our terrestrial neighbor as NASA prepares to send human explorers deeper into the solar system.”

InSight alone was a $814 million-dollar mission that took over a decade of planning. The amount of time and valuable resources spent towards this mission and other space explorations is astounding. It’s possible that those resources could be utilized on Earth. An important consideration to make is if the benefit from the space missions outweighs the cost of the expense. Beyond monetary expenses, space missions can be dangerous for the well-being of space travelers and the ecosystems of the planets being studied.

The human body and space do not go well together. When humans travel to space they are exposed to harmful radiation which can lead to increased risk of cancer, damage to the central nervous system, and radiation sickness. With a lack of gravity, the muscles and bones deteriorate. Food is primarily freeze dried and lacks in nutrients, increasing the likelihood of malnutrition. Astronauts are isolated in a confined space for extended periods of time which requires months of training and preparation. This travel is not ideal for the people taking the journey.

Not all space travel requires a human on board, as seen with the InSight probe.  However, similar to the concerns with the SpaceX mission launched this year in February, there is the risk of contamination to the planet of study. The probes bring microorganisms from earth which could contaminate the natural ecosystem of the planet. Spacecraft parts also frequently fall off. With global dust storms on the planet, it could carry these contaminants across the planet surface having a vast effect.

Having anthropocentrism, human-centric values one would argue that these possible adverse contaminations to explored planets aren’t concerning because these planets are of instrumental use to humans. However, a ecocentric holism viewpoint says that non-individuals, such as natural processes, species, and ecosystem interactions on earth have intrinsic value and deserve respect. So, where does the human ecosystem begin or end? It becomes a question of if extraterrestrial areas should be protected considering they are not technically a part of the earth’s ecosystem.  John D Rummel of the Search for Extraterrestrial Intelligence (SETI) Institute, proposes a precautionary principle that says, “If an action or policy has a suspected risk of causing harm to the public or to the environment, in the absence of scientific consensus that the action or policy is harmful, the burden of proof that it is not harmful falls on those taking the action.” With this viewpoint, he says that because of the suspected risk to other planets, space groups like NASA must prove that the harm is not too great. We’ve covered environmental ethics of Mars and the morality of possible other life more in-depth here and here.

Space exploration leads to new ethical dilemmas with new discoveries. As the technologies begin to increase and our knowledge of other systems grows, we have to reconsider the ethics behind exploration. The basis of this is beyond our intentions for good and is the problem of not knowing our the actions taken towards space discovery might affect life and systems so different from Earth’s.