The Triumph of California’s Impure Prop. 12 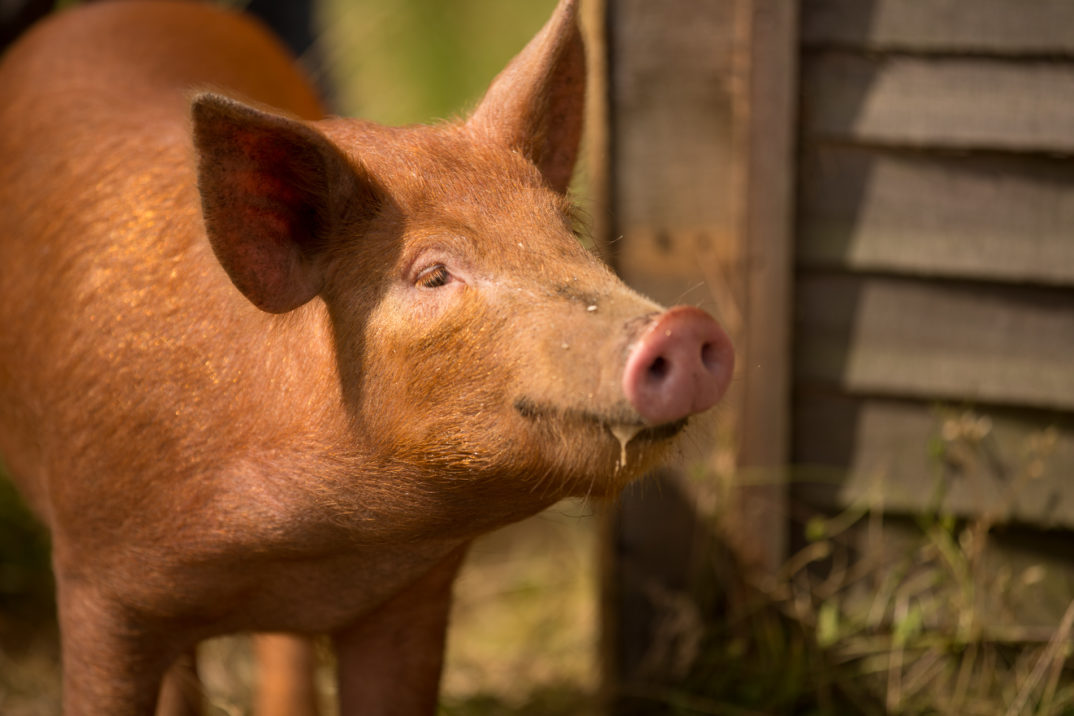 Among a bevy of complicated results from the 2018 midterm elections, voters in California this month resoundingly chose to support a ballot measure designed to protect the wellbeing of industrial livestock. The “Farm Animal Confinement Initiative” – or Proposition 12 – was passed with 61 percent of the vote, setting California on a path to reshape the landscape of large-scale farming operations, including fully eliminating the use of cages by egg producers, over the next three years.

Supported by a wide-ranging group of endorsers that includes the likes of the Humane Society of the United States, the ASPCA, and a large score of family farms, veterinary organizations, religious groups, and more, Prop. 12 was developed as a follow-up piece of legislation to a similar law – Proposition 2 – passed in 2008 that prevented the enclosed confinement of pregnant pigs, veal calves, and egg-laying hens. While Prop. 2 was designed to force factory farm operations to change their practices and allow animals room to move freely, ambiguities in the language allowed for a variety of loopholes that Prop. 12 aims to close.  Notably, this new law specifies minimum requirements for the sizes of pens that farmers are allowed to use and, most importantly, bans the sale of animal products taken from farms that do not comply – including from farms outside of California. Because the state is home to one of the largest economies in the world, this has the potential to set a standard for animal welfare concerns in industrial farming operations around the country, particularly with the rejection of the so-called King amendment to the federal farm bill proposed earlier in 2018.

Given that U.S. slaughterhouses kill roughly 30 million birds a day (or 10 billion each year), concentrated animal farming operations (or “CAFOs”) have developed a variety of practices designed to streamline the production process at the expense of the wellbeing of the animals, including trapping a surprisingly large number of birds together in small spaces for the entirety of their relatively short lives. Prop. 12 will gradually increase the requirements for individual cage space, starting with a minimum of one square foot of floor space for each bird by the end of next year, up to being entirely cage-free (along with additional provisions for nests, perches, and scratching posts) by the end of 2021.

While many have praised the ballot measure for working to increase protections for farm animals, some groups – such as People for the Ethical Treatment of Animals and the Humane Farming Organization – have criticized Prop. 12 for not doing enough to preserve the overall wellbeing of these creatures. Because the new law allows for cages to still be used, however temporarily, and because they fear that the cage-free requirements could be delayed by further legislation, critics of Prop. 12 have labeled it a “betrayal of animals and voters” that perpetuates a system of violence and cruelty.

This raises a worthwhile concern about the ethics of marginal protections: in her 2016 book Against Purity: Living Ethically in Compromised Times, Alexis Shotwell argues that a categorical pursuit for perfection is not only unrealistic in practice, but in principle, and any expectation for ethical action that requires an absolute rejection of unsavory results or means often serves only to prevent an overall increase in wellbeing. An associate professor in the Department of Sociology and Anthropology and the Department of Philosophy at Carleton University, Shotwell defends hypothetical imperatives as the ideal mechanism for real social progress, arguing on page eight of her book that “if we want a world with less suffering and more flourishing, it would be useful to perceive complexity and complicity as the constitutive situation of our lives, rather than as things we should avoid.” Altogether, Shotwell lays out a case that pragmatic approaches to ethical action are not only the most practical ways to accomplish our goals, but are the only ways that are actually feasible.

So, while the liberating concerns of groups like PETA are important to keep within the overall conversation about animal welfare in the United States, voters in California can also recognize that they have provoked an important step forward in the process of protecting animals in American factory farms. If we want a world with less suffering and more flourishing, then we should continue to seek out similar ways to Prop. 12 that maximize change within the industrial farm system, for the sake of both the animals and the humans who eventually consume them.