Spotify and the Ethics of Music Streaming 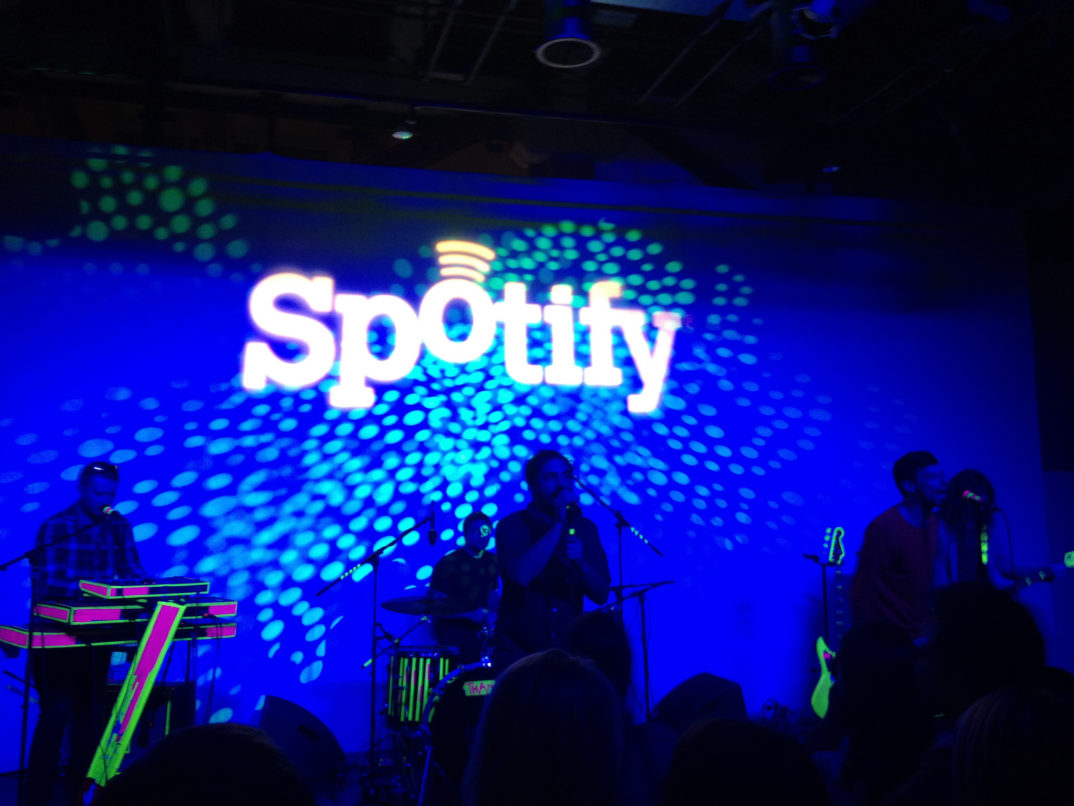 Since the founding of Swedish company Spotify in 2006, music streaming has risen over the past decade to become one of the most popular ways to listen to music. According to the International Federation of the Phonographic Industry (IFPI), 54 percent of recording industry revenues are from digital sources, more than two-thirds of which are streaming, and streaming revenues have increased by 41.1 percent in the last year. At least 176 million people now use paid streaming subscriptions, and many more use free versions of services like Spotify.

The popularity of streaming services is no mystery. With nothing but an internet connection and a small monthly fee, consumers have access to enormous catalogues of recorded music. It’s rare to find instances of published records that aren’t available on Spotify or a similar service. For people interested in listening to a wide variety of music, the system is far more economical and convenient than buying individual mp3 files (as was the case with Apple’s iTunes store), let alone buying CDs or vinyl records. While physical media and live performance do have advantages over streamed audio such as sound quality, permanence or experiential value, the economic advantage of streaming seems to win out for most everyday music consumption.

Of course, for such a service to be so inexpensive, there must be some kind of catch. The music industry can only make as much money as consumers are paying into it, and, historically, it is the artists who have received the smallest share of the pie. In 2017, that share was just 12 percent of total revenue for the industry. And streaming may be the worst music source in this area: in a breakdown of payouts by various streaming services, the highest payout at the beginning of 2018 was $0.02730 per play—from Groove Music, Microsoft’s now defunct streaming service. Spotify, the most popular streaming service, pays $0.00397 per play. That means that an artist with one million plays on Spotify makes just $3,970—not enough to cover the cost of producing a record in most commercial situations.

As consumers, what should our concern be in this? Practically speaking, musicians need to be financially supported if they are going to keep making music. There is also an ethical dimension to the problem: do we have an obligation to provide for the financial well-being of artists whose music we enjoy? On the other hand, should we simply use the most expedient, cost-efficient means to our end, regardless of long-term consequence?

From the economic perspective of free trade, many would argue that consumers have the right to use the most expedient means available to listen to music. Individuals who want to support artists can buy CDs and vinyl, but they are no obligation to do so; in this case, using more expensive means constitutes a form of charity, donated for the benefit of the greater good. Streaming services will strike the balance between consumer demand for low prices and artist demand for higher payouts, and ultimately the system will arrive at a state which reflects the relative power of artists, consumers, and intermediary companies. However, this idea can lead to a tragedy of the commons. When an artist is earning a living through other revenue sources, the addition of streaming services is actually beneficial, but if every consumer ceases paying for music in more financially gainful forms, the artist may no longer be able to support themselves. It is also important to remember that most of the music enjoyed on streaming services was produced prior to the advent of streaming and was reliant on an economic model in which physical media played a more prominent role in music dissemination. So, while the music industry as a whole may thrive in the era of streaming music, the kind of music produced may change irreversibly due to economic pressures.

Furthermore, if consumers have a right to use whichever music source is most affordable and expedient, it is difficult to make an argument against music piracy. Though piracy is viewed as a form of stealing, it is distinct from most theft in that nothing is lost for the original owner. In the case of music, the file is simply copied, and the copyright owner loses the potential revenue that would have come from the sale of the file. Aside from the threat of legal repercussions, there does not seem to be a meaningful argument against music piracy. The strongest ethical argument is that by copying the file without paying the copyright owner, the pirate fails to adequately support those who worked to produce the recording, particularly the artists. This begs the question: is any amount of support sufficient to evade this ethical pitfall? Or is there a minimum threshold for support to be considered made in good faith? The contribution of a single penny to an artist in exchange for their entire library would seem insufficient, and generally we permit the producers of all goods, including intellectual ones, to set the price at which those goods are sold.

Do streaming service payouts meet this minimum threshold? It is assumed that because artists freely sell their products through Spotify and other services, they must consider the deal to be fair. There is another dimension to the issue, however. Unlike the sale of static, commonplace goods like groceries, the music industry moves on publicity and fame. Musicians can only sell any kind of product—merchandise, concert tickets, vinyl records—if consumers are talking about their music. If a significant number of artists choose to publish their music on a specific service, that service can become the de facto music source for the music industry, forcing musicians to use it or risk fading into obscurity. Spotify is by far the most popular streaming service in existence, both for artists and for consumers, so it has the power to set prices and terms that are highly favorable to the company, at the expense of individual artists. This is not a situation unique to streaming; throughout the history of the commercial recorded music industry, record companies have been known to take advantage of their power over artists. Some would argue that consumers have an obligation to mitigate the power imbalance between artists and all predatory companies by supporting artists more directly and by seeking small, independent record labels.