Rethinking Modification of the Natural World 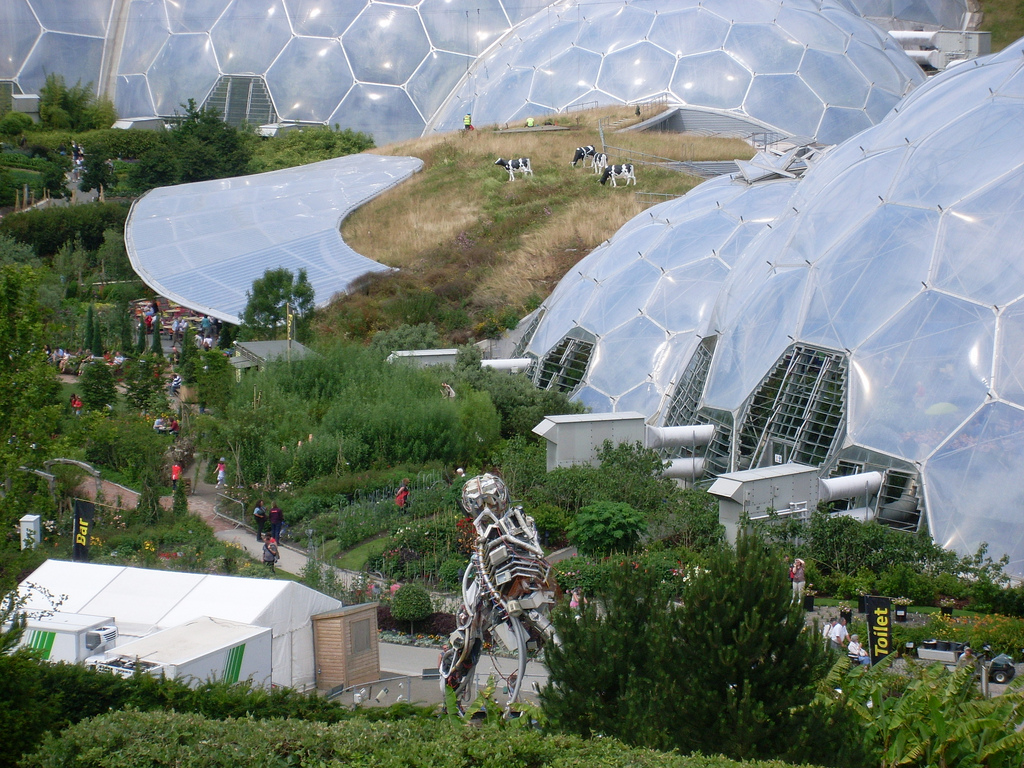 Aristotle famously pointed out that humans stand out from other living beings because humans are rational.  To live a flourishing human life is to live in accordance with the dictates of reason. Much of the philosophical thought about the essence of man going forward was heavily influenced by what Aristotle had to say on this point.  It is hard to deny the importance of rationality for the survival of the human species. Because we can reason, we can use language, make plans, satisfy obligations, know things about the world, and, importantly, we can change the world as we see fit to meet our needs.  It would be an understatement to say that we took full advantage of that last part. It is important that we ask ourselves: Are there any constraints on how far we should take our ability to modify the world around us?

Right out of the gate, it is important that we avoid committing one form of the naturalistic fallacy.  It is an error in reasoning to assume that because something is a particular way naturally, that is the way it ought to be.  We can and probably should modify the natural world in ways that improves the quality of life for living beings. On the other hand, we need to think about when, or even, whether we should think of the natural world as ours to manipulate.  There was a time when human action was governed by the machinations of the environment.  Now, in many key respects, it is the other way around. Given our newfound power, are we obligated to see the nature of our relationship with the planet on which we live as a care relationship in which we are the stewards?

The biosphere is sensitive.  Changes to one aspect of an ecosystem have wide ranging and often unpredictable consequences for other aspects of that system.  Nevertheless, we alter those ecosystems regularly for our own benefit. Some of these changes are, upon reflection quite justified.  Others, not so much.

All animals suffer from lack of access to resources—it’s one of the great struggles of being alive.  It’s no wonder, then, that humans have done everything in their power to ensure that resources are close, accessible, and plentiful.  For example, historically, we’ve struggled to obtain regular access to clean drinking water. We’ve constructed aqueducts to transport water quickly and safely from source to civilization.  This is a good thing. Another method that humans have developed to satisfy their need for clean drinking water is to bottle it. Water from 38 billion plastic receptacles is consumed every year.   Some plastic bottles never biodegrade, but those that do take up to 1000 years to do so. Even when the plastic does break down, toxic chemicals are released into the soil or water involved.  It seems obviously reasonable for us to change the world around us in order to improve access to drinkable water. It’s far less reasonable, and maybe flat out unreasonable, to satisfy this need through the use of plastic.

All living creatures need reliable access to viable food sources.  It was a pivotal moment in human history when we abandoned hunting and gathering in favor of agrarian societies.  This was a wonderful development, and, no doubt led to the reduction of tremendous amounts of potential suffering.  In modern culture, the control we exert over our food sources is such that, in the United States alone, 9.3 billion animals are killed for food every year.  98% of these animals spend all, or almost all, of their lives suffering in the inhumane conditions of factory farms.  When we take the attitude that the planet and everything in it is ours to do with whatever we like, it is easy to view other beings with conscious experiences as objects or products rather than as beings with interests in their own lives.
We also manipulate the environment to make transportation easier. It is not enough that we have developed methods of transportation that allow us to get from point A to point B in a reasonable amount of time, we must find ways of making it happen even faster.  Rather than encouraging the use of public transportation, humans gut wetlands and deserts and kill or displace the local wildlife to build new highways and freeways.

Relatedly, we frequently alter the environment so that our lives will be minimally more convenient.  It is not uncommon to find different locations of megastores like Wal-Mart and Target within ten or fifteen miles of one another.  We also make changes purely for our own entertainment. For example, we destroy essential coral reef systems when we dock our boats.  We even manipulate the natural structure of the planet to create ever more effective weapons—weapons that are capable of causing unspeakable death and destruction.

Not only do we lust after control of the planet, we lust after eternal consumption of its resources.  Human beings have developed technology and medicine that results in markedly increased life spans, and ongoing research attempts to extend the duration of a human life to lengths previously unimaginable.

Aristotle may be right that our capacity for reason sets us apart from non-human animals. We frequently use that capacity to change the things about the planet that we wish were different. It is time to put more of our focus not on how to change the planet, but on whether and under what conditions we should change it.