The Pittsburgh Shooting and Secondary Anti-Semitism 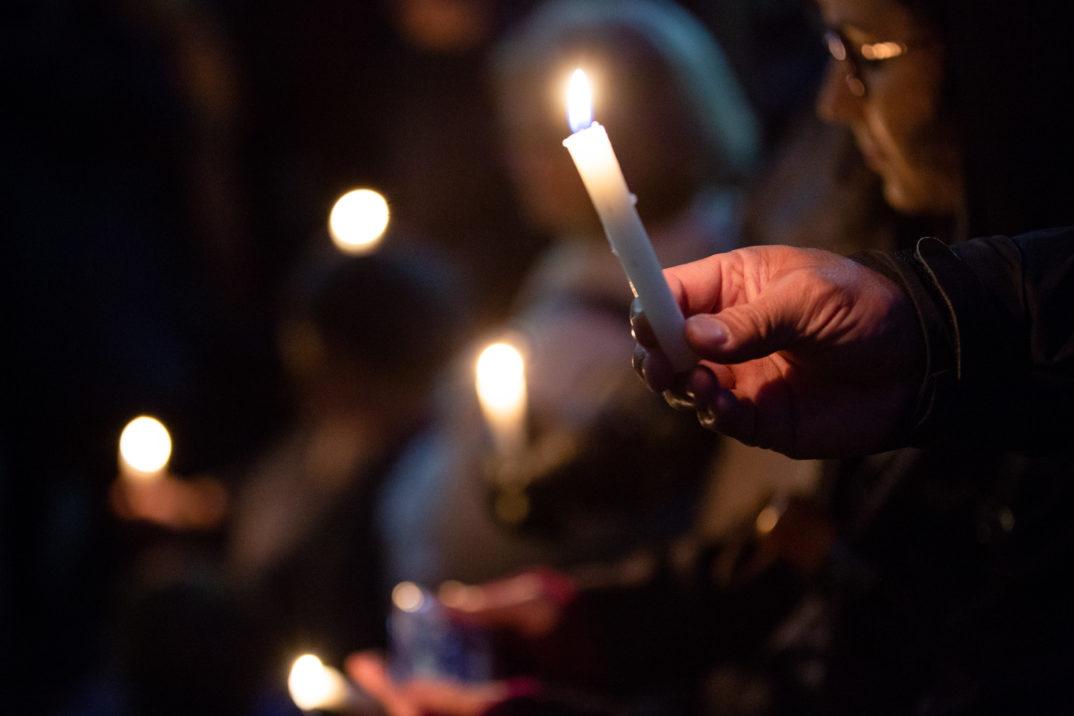 This Saturday, Robert Bowers entered the Tree of Life synagogue in Pittsburg, Pennsylvania. Armed with an AR-15-style assault rifle and three handguns, Bower fired into the gathering of worshippers assembled for the morning service. At least eleven people were killed, while six others sustained injuries, including members of law enforcement.

Bowers was a heavy user of Gab, a social media platform with 800,000 users. Gab’s site has become popular with alt-right members who were dissatisfied by Facebook and Twitter’s community guidelines prohibiting hate speech. Gab has no restrictions on hate speech, touting itself as a champion of “free speech, individual liberty, and the free flow of information.”

The attacker’s motives were clear. After capture, Bowers told a SWAT member that Jews were ”committing genocide to his people,” and that he wanted all Jews to die. Bowers made a statement on Gab moments before the attack, saying, “I can’t sit by and watch my people get slaughtered. Screw your optics, I’m going in.” These statements were preceded by a history of anti-Semitic sentiments, including a theory that the migrant caravan was being sponsored by Jewish refugee support organization HIAS.

It is hard not to interpret this attack in light of a broader political moment of which President Trump is a symbol and catalyst. Although Bowers disliked Trump (criticizing him on Gab for being friendly with Jews), Trump has long been a darling of the alt-right, infamously failing to condemn a neo-Nazi rally in Charlottesville that resulted in three deaths of counter-protestors.  Trump blamed the white nationalist violence on ”both sides.”

More recently, George Soros, Jewish philanthropist and billionaire, was the first target of a series of bombs delivered to prominent critics of Trump including Barack Obama, Hillary Clinton, and other public figures. Trump asserted he should ”tone up” his rhetoric in the wake of the “MAGA bomber.” After the synagogue shooting, Trump seemed to have a change of heart, suggesting at an Illinois rally that he should start ”toning down” his incendiary speech, which the crowd rejected.

This political moment is reminiscent of the post-Holocaust German reckoning. Members of the Frankfurt School, Theodor Adorno, Max Horkheimer, and Friedrich Pollock were commissioned to study German public opinion in the wake of the Holocaust. Via the Group Experiment, a study of 1,800 participants, these theorists noticed that anti-Semitism had evolved in Germany since the defeat of the Third Reich. Qualitative analyses revealed that a defensive aggressiveness toward the victims of the Holocaust had developed. Lars Rensmann writes that the participants showed “a strong tendency to invert victims and perpetrators: to sociopsychologically turn ‘the Germans’ into the victims of ‘the Jews,’ and thus the latter into perpetrators that need to be punished” (The Politics of Unreason. SUNY, 2017. p. 361). A colleague, Peter Schönbach, named this pervasive resentment ”secondary anti-Semitism.”

This tendency is visible in Robert Bowers’ rhetoric of victimization, including his claims that Jews were committing genocide against “his people.” Implicit in Bowers’ expostulation, “screw your optics”, moments before he shoots up a crowd of morning worshipers, is the idea that the real relationships of victimhood are being obscured. This statement reads like a pre-emptive self-absolution for a mass shooting as an act of self-defense.

The Frankfurt School turned to psychoanalytic categories to explain this phenomenon. When confronted with collective crimes, individuals can distance themselves from guilt by projecting the blame onto the victim. Adorno speaks of a “desperate defense against any feeling of guilt represents the symptom of an extremely dangerous socio-psychological and political potential.”

Secondary anti-Semitism is one of the most horrifying and enduring examples of this ability to project blame onto the victim, a way to absolve the abject crimes of the Holocaust to the extent of outright denial and erasure. The ever-present, evolving nature of anti-Semitism suggests that the more victimization a people endures the more likely hegemonic groups are to deny that victimization.

Secondary anti-Semitism is one example of a broader psychological phenomena. In 1966, after the famed Milgrim Experiment, Melvin Lerner and Carolyn Simmons found that observers rejected and blamed the victim in proportion to the suffering and perceived innocence of the victim.

This tendency to subvert obvious victims into somehow deserving of their fate or even perpetrators of violence has deep roots in human psychology. Hacking these psychological mechanisms is rife with the “political potential” Adorno spoke of. This ability to blame the victim has been exploited to the point of finesse by GOP and alt-right rhetoric.  Trump is the logical conclusion of this rhetoric. To pick from a very large pool of samples, Exhibit One is his administration’s imprisonment the children of refugees by characterizing their parents as criminals. A recent second exhibit is Trump’s depiction of Brett Kavanaugh’s appointment controversy as a “scary time for men” as more women are starting to come forward detailing their experiences of sexual assault. A third example is Trump’s demoting Black young men to “animals” and his pattern of dehumanizing rhetoric against his opponents.

In one of his Gab posts, six days before his mass murder, Robert Bowers typed, “I have noticed a change in people saying ‘illegals’ that now say ‘invaders’. I like this.”  As long as we do not confront this phenomenon of characterizing innocent people as aggressors and aggressors as victims, the Frankfurt School and history itself warn that we are headed down a dark path.