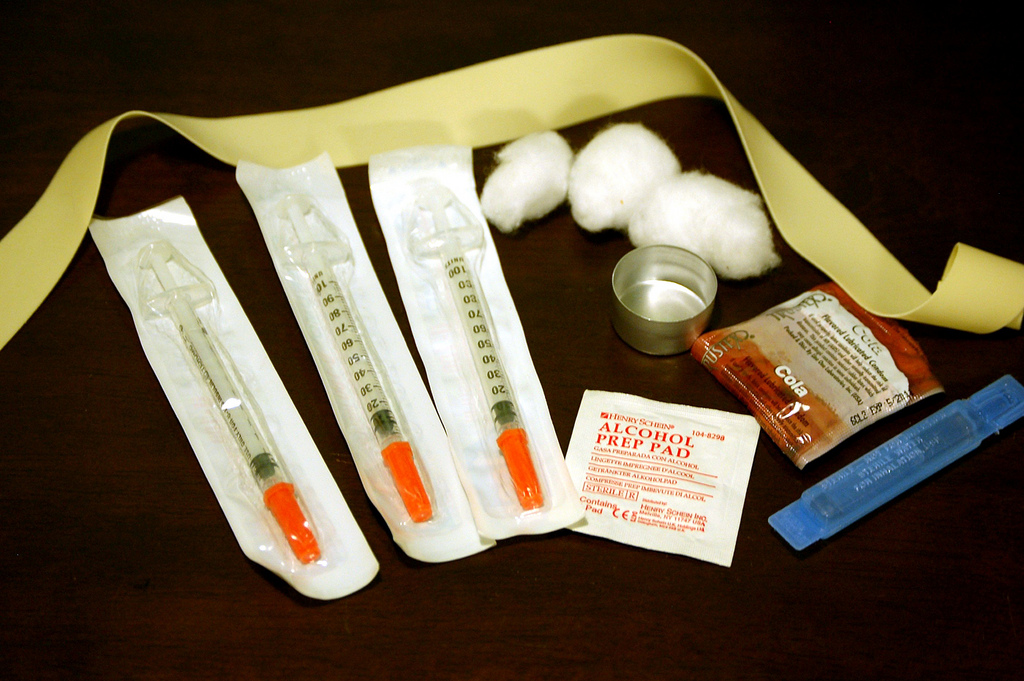 In 2017, more than 49,000 Americans died from opioid overdoses, the highest rate that America has ever seen. Of these opioids on the rise is the illicitly manufactured fentanyl drug which can be mixed into heroin and other powdered drugs. Fentanyl is also a prescribed pain killer, but it is the illegally synthesized opioids made with this drug that have caused 29,406 deaths the past year in the US and a 22-fold increase from 2002 in overdose-related deaths. Fentanyl is a drug that is 50 times as potent as heroin and this deadly synthetic could be responsible for the worst drug epidemic in U.S. history.

There is now a way for users to take caution from using drugs that contain this synthetic opioid. On the market for $1 a piece, there are two-inch fentanyl testing strips. When drug users dip the strip into a drug it will reveal if the drug contains fentanyl by the presence of a red line. Along with detecting fentanyl, it can detect nine different chemically analogous drugs, such as carfentanil, which is 10,000 times as potent as morphine. The test strips were originally created for doctors who use them to test the urine of patients  who use fentanyl as a prescribed pain medication. BTNX Inc, a main commercial provider of these strips, is now selling more strips to harm-reduction groups and city/state governments then they are to doctors.

A study conducted by Research Triangle Institute (RTI) International,  looked to see if drug users would change how they used drugs if they had access to these fentanyl strips. They surveyed 125 heroin users from Greensboro, North Carolina at a needle-exchange program site. Eighty-one percent of users reported using the strips and 63 percent got a positive result for fentanyl in their drugs. Those who had a positive result for fentanyl were five times likely to change how they use in order to avoid overdosing. Responders reported using less drug then usual, administering a tester shot, pushing the syringe in slower than normal, and snorting instead of injecting. These practices can decrease the rate and amount of the drug that goes into the bloodstream making them a safer way to use.  Jon Zibbell, an author of the study, says, “An important insight from the study is that people who inject drugs can and will change their behavior when they have information about the risks involved. The bottom line is that fentanyl test strips may represent a new technique to prevent opioid overdose by allowing people to check street drugs for fentanyl and modify consumption behavior accordingly.”

These testing strips have similar intentions to needle-exchange programs and naloxone antidotes for overdoses. Needle-exchange programs have been found to reduce the amount of blood-borne infections, keep the streets safer for kids with less loose syringes, and provide safe spaces for drug users who have been rejected from their families. These spaces create opportunities for users to turn their lives around and make productive, clean lives. Similarly, naloxone is a medication that will rapidly reverse overdose. It comes as an injection, auto injection, or nasal spray for trained personnel or family members of opioid users to access in case of emergency.

The intentions behind the fentanyl strips for drug users are morally sound in that they align with the needle-exchange programs and naloxone antidotes. They work to decrease overdose, spread of disease, and overall harm to users. However, we must consider if these fentanyl strips are actually effective at decreasing drug overdose. Are they actually being used as something productive, to decrease the amount of harm to users? Or are they promoting the drug industry as “safer” ways to use? If they do little to eliminate harm to users then they could just be weakening drug laws and promoting usage as an unintended consequence.

A few cities such as Baltimore, Philadelphia, Columbus, Ohio, and Burlington, Vermont, have started providing test strips at their needle-exchange sites. However, something that is restricting the wide distribution is that there are paraphernalia laws in place that prohibit the use of devices to aid drug users in using drugs. The needle-exchange sites are not nationally used today: fifteen states still outlaw them. Though this restriction has been loosened for when it comes to clean needles, it could still apply to test strips.

The cons of the testing strips, according to the RTI study, is that though users are more likely to change the way that they use the drugs, they do not stop using. The respondents said that they were more likely to reduce how much they use. They were also more likely to snort the drug instead of inject it, which leads to less being absorbed in the blood stream. However, none of the respondents said that they would throw out the drugs even though they had a 63 percent positive finding for the potent fentanyl drug. Not to mention, the cost of the strips may be too much of a burden for the users to take on as a way of protection.

On average, a clean syringe costs $0.97, similar to the $1 cost of a testing strip. The fact that the strips cost one dollar may seem like a cheap price but on average, heroin users inject four times a day. When injecting this frequently, the process could potentially become too costly to be worth clean syringes and testing strips to users. To counter this barrier, some people suggest that users should just assume that all heroin contains fentanyl and adjust accordingly. Jon Zibbell says, “We have a poisoning epidemic. When there’s E. coli in the lettuce, you test the lettuce. You have to test the product to see what’s in it.”

In order for these testing strips to be implemented in a positive way, there needs to be more solid evidence that they will function as harm prevention. From the Harm Reduction Journal, Don C Des Jarlais writes about how the way that needle-exchange programs were so successful was through vast amounts of research and activism to put the harm reduction measures into place. He says, “The researchers then provided the data needed to justify large-scale public expenditures on harm reduction programs (primarily by state and local governments). Without these public expenditures, the harm reduction programs would not have achieved the scope they needed to be successful to stop the HIV epidemic among people who inject drugs (PWID)”. Fentanyl testing strips seem to be in the horizon towards lowering drug overdose, but more research needs to be done. This research must prove that because of access to the fentanyl strips, drug users will change the way or amount that they use, ultimately proving that the fentanyl strips can decrease the rate of opioid overdose deaths.