Church Names and the Ethics of Reference 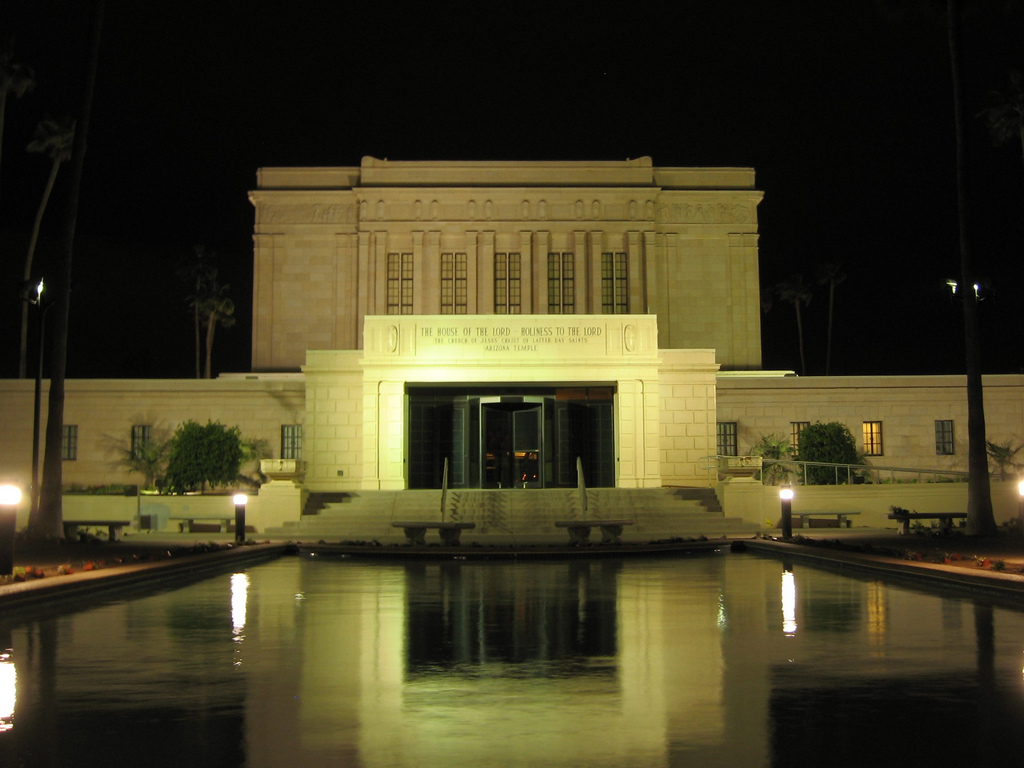 “Mesa Arizona Temple of the Church of Jesus Christ of Latter-Day Saints” by Ken Lund is licensed under CC BY-SA 2.0 (via Flickr)

In August, the Church of Jesus Christ of Latter-Day Saints, commonly referred to as the “Mormon Church,” issued an updated style guide indicating that it no longer wishes to be publicly called anything but its full and proper name. Russell M. Nelson, the current leader of the Church, explained that “The Lord has impressed upon my mind the importance of the name He has revealed for His Church, even The Church of Jesus Christ of Latter-day Saints.” Consequently, any shortened reference to the faith organization is no longer officially sanctioned by its leadership.

The response to this move has been sharply polarized. On one hand, Nelson’s supporters point to long-established church doctrine and religious scriptures which indicate their belief that God established the Church’s name, therefore it should be reproduced in full. On the other hand, detractors argue that nicknames like “LDS Church” and “the Mormons” have long been embraced by the organization’s leaders, as evidenced by materials ranging from the Meet the Mormons documentary series, academic publications like the Mormon Studies Review and the Encyclopedia of Mormonism, and – perhaps somewhat ironically – the Church’s official news outlet MormonNewsroom.org. Consequently, the question “how should one refer to this religious group?” remains an interesting one.

One argument might focus only on the present facts of the matter; much like how someone might legally change their name, the title “the Church of Jesus Christ of Latter-Day Saints” could now be said to be clarified in such a way that it is no longer accurate to refer to it differently. For the church that Nelson heads, past doctrine can easily be replaced by new revelation – something Nelson indicates by grounding his proclamation on a perceived impression straight from God. If this is indeed true, then past agreeableness to shortened terms would count not at all for the appropriateness of colloquial references today.

On the other side, skeptics suggest that a full ascription of its desired title would tacitly affirm certain doctrinal distinctives that non-LDS religious organizations do not believe. For example, Roman Catholicism and nearly all forms of Protestant Christianity deny that Nelson’s organization is the “restored Church of Jesus Christ” (emphasis added) because they do not believe that the “Church of Jesus Christ” ever needed restoring. To command faithfulness to the latest style guide coming out of Utah might be no different than if the Vatican were to command all references to the Pope to use the full ecclesial title of “Bishop of Rome, Vicar of Jesus Christ, Successor of the Prince of the Apostles, Supreme Pontiff of the Universal Church, Primate of Italy, Archbishop and Metropolitan of the Roman Province, Sovereign of the State of Vatican City, Servant of the Servants of God,” regardless of whether the speaker actually believes that the Pope is, in fact, all of those things.

Of course, the unwieldiness of such a phrase might also be considered an argument against its use.

But that is one final question: is awkward writing a sufficient sin to warrant rejecting a desired form of reference? The desired full title of “the Church of Jesus Christ of Latter-Day Saints” is certainly a mouthful to speak or write, but one’s intuitions about the value of inclusivity or about the primacy of propositional accuracy (or ease) may lead speakers to different conclusions about how to refer to this religious sect.

What is certain: for an organization that launched an international advertising campaign titled “I’m a Mormon” less than ten years ago, it is not surprising to see a variety of opinions about how to proceed in light of last month’s decision to eschew the term “Mormon.” It remains to be see how fervently this name change will be enforced (or how popular it will become among the rank-and-file), but these ethical questions surrounding desired organizational nouns will undoubtedly remain quite interesting.