When It Comes to the Environment, is Education Morally Obligatory? 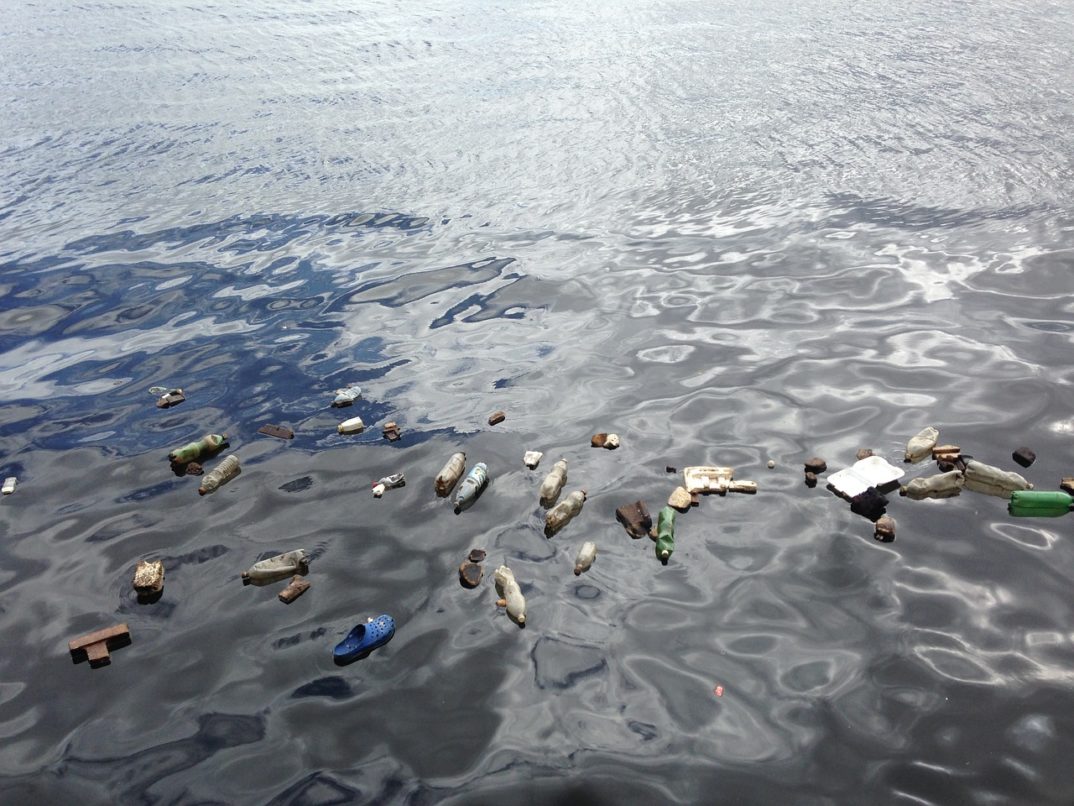 In April of this year, scientists from the Alfred Wegener Helmholtz Center for Polar and Marine Research reported finding record amounts of plastic particles in the Arctic sea. Ice core samples were taken from five regions in the area. Up to 12,000 pieces of micro-plastic particles per liter of ice were found in the samples.  Scientists believe that much of the plastic, cigarettes butts, and other debris came from the Great Pacific Garbage Patch, a mass of floating waste occupying 600,000 square miles between Hawaii and California.

Plastics in the sea pose substantial dangers for ecosystems and marine life. As evidence of this fact, earlier this year, a dead sperm whale washed up on a beach in Spain. Scientists concluded that it was death by garbage—64 pounds of plastics and other waste were found in the young whale’s stomach.

When people drink water out of plastic bottles or throw away used plastic grocery bags, they don’t do so with the intention to kill animals or pollute the sea.  Nevertheless, their actions have these consequences. In many ways, human beings are operating in a different moral landscape than the one in which previous generations operated.  At earlier points in history, humans simply didn’t have the capacity to impact the natural environment and the well-being of other beings on the global scale that they have today. As a result, being a good moral agent may actually be more difficult for more recent generations.

Moral philosophy throughout the history of human thought has often treated the notion of a moral agent as a notion that remains reasonably constant through time.  For example, some thinkers have maintained that we are moral agents because we can make autonomous decisions. Whether a given action is morally right is a question that could be decided by any sufficiently rational being.  It would seem, then, that living a moral life should be equally possible for Justin Bieber as it was for Cleopatra, in so far as both were or are autonomous, rational agents. But should the fact that they lived in such different periods of history make a difference to our assessment of their respective characters?

In light of the tremendous amounts of pollution and environmental degradation human beings are causing for the planet, it may well be the case that obtaining knowledge—becoming educated, at least on certain topics—is now a moral obligation.  People won’t stop polluting the environment until they are aware of the severity of the problem. This may seem like nothing new. Perhaps we’ve always been obligated to obtain knowledge when we make moral decisions and the difference between the generations is a difference in degree rather than a difference in kind.  Philosophers who have argued that moral actions must be universalizable would also maintain that you have some knowledge about what you would be universalizing. Philosophers who have argued that virtuous agents are agents who act in moderation would advocate knowing the facts. After all, obtaining those facts would assist in the assessment of exactly what counts as excess and what counts as deficiency.

Even if this is the case, the difference in degree is glaring.  One likely reason that otherwise-good people can’t feel the moral force of the challenges posed by climate change may be that the problem is not taking place on a level that affects them personally.  Since they often can’t see the effects, the problem may remain abstract for them, or they may deny that it is happening at all. If these people become better educated on the issue–if they understand what greenhouse gases are and what they do to the atmosphere, for example–that knowledge may make them more likely to change their behavior.

If we accept the rough proposal that, in our current climate, education is a moral requirement, we are faced with some other challenging moral questions.  First, there is the question of how we should understand the nature of the moral obligation involved. Are individuals themselves the entities who are morally responsible for failing to educate themselves on these crucial issues that impact all living beings?  There are some considerations that speak in favor of understanding the issue in this way. Adult human beings know that their actions have consequences and that those consequences can, in some circumstances, be morally significant. Equipped with this basic knowledge, people should always go out of their way to have a fairly substantial understanding of the nature of the consequences they are bringing about.  What’s more, most people are aware that concerns for the future of the planet exist. A person is willfully ignorant if they fail to investigate the nature of the problem and how their actions might potentially contribute to it. To deny that a problem even exists without first carefully assessing the situation is exceptionally socially irresponsible.

Some might push back against the idea that moral responsibility should be assigned at the level of the individual.  Arguments to this effect could proceed along several different lines. First, opponents might argue that the proposal sounds elitist and overly Western.  There is some irony involved when people from the very countries that are producing record amounts of waste lecture the world on becoming more educated. Some cultures don’t treat the natural environment with disrespect to begin with.  Respect for ecosystems is part of their way of life. People living in these communities don’t need to learn more about chlorofluorocarbons. The idea that becoming knowledgeable about these issues is a new moral obligation doesn’t ring true when it comes to members of communities that already have respect for their limited positions as part of larger ecosystems.

Moreover, many communities outside of the developed world suffer from lack of access to food, shelter, clean drinking water, and basic medical care.  Perhaps learning about the dangers of ozone depletion shouldn’t be anywhere near a priority for them, morally speaking. One might respond to these challenges by agreeing that not all populations are obligated to become more educated—just those who are contributing to the problem and are in a position to do something about it.

Addressing the issue from a different angle, one might argue that assigning moral responsibility at the level of the individual expresses naïveté about the ways in which worldviews are formed.  The set of beliefs and values that an individual has is, to a large extent, shaped by the way that they were raised. If a person hasn’t been exposed to certain facts or has a harmful set of values, the community in which they were raised is collectively morally responsible for the lack of education.  On this view, though education may well be a moral obligation, the morally responsible parties are communities, governments and legislators. If this is the case, then communities should be including environmental education as part of a general curriculum designed to develop informed, engaged citizens.

There are other domains of human life in which moral obligations appear to be expanding.  How have our moral obligations changed in response to the instant, global impact of the internet?  What are our moral obligations now that proximity to suffering beings is an obstacle that is easily overcome?  As technology rapidly develops and expands, perhaps our understanding of ourselves as moral beings must develop with it.