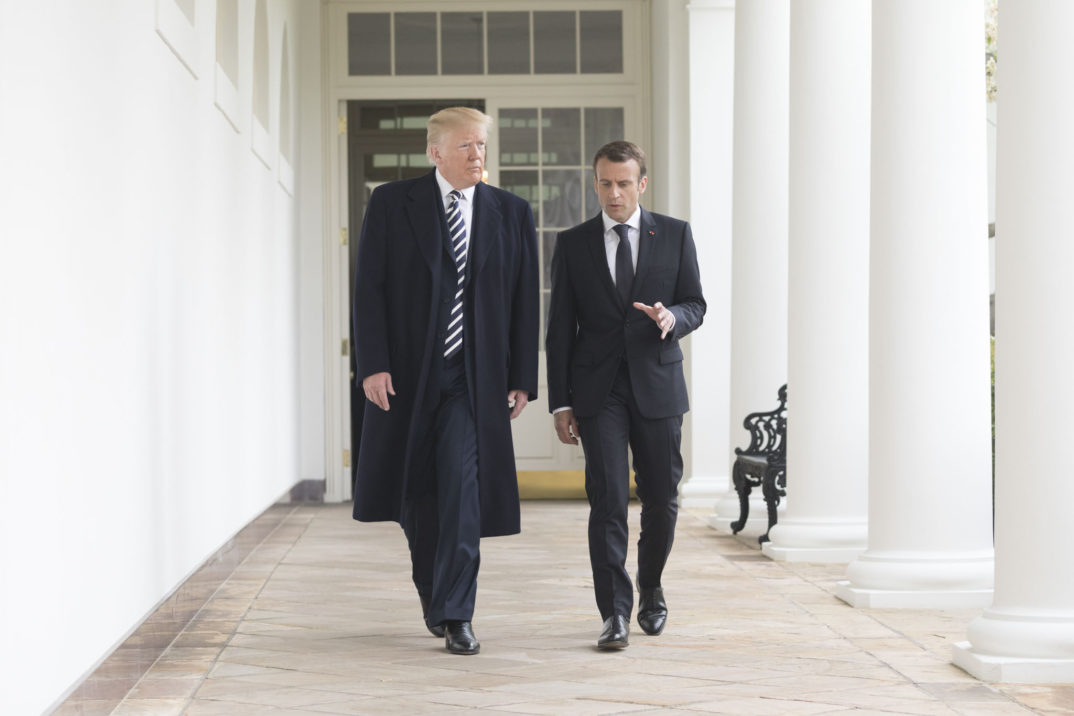 Earlier this year, I wrote about the violations of human rights by the Iranian regime and its impacts on the “Iran Deal” as a framework to restrain Iran’s ability to develop nuclear weapons. The conclusion of that analysis was to push leaders to start delving into question of what will achieve security and safety for all on the global stage. Today, I will revisit with a different approach, through examining the impacts of the long discussions regarding the future of Iran Nuclear Deal. Two questions arise: Why are the European allies devoting so much attention to the future of the deal, and what are the implications of backing out from the agreement?

During the official state visit of French President Emmanuel Macron to the White House on April 23rd, the world was mesmerized by the ‘bromance’ of the two leaders. However, the visit was in no way inconsequential, as one of Macron’s primary intentions was to persuade Trump to change his opinion on backing out from the Iran Deal. Macron was the first of prominent European leaders to attempt to show President Trump that by withdrawing from the agreement Iran is more likely to develop the bomb. This came as especially relevant in the light of current developments surrounding North Korea, showing that having a bomb means having a strategic advantage in negotiating with the West. After Macron, German chancellor Merkel was the next visitor to the White House. Her visit was then followed by a long phone call from Theresa May, British Prime Minister. Despite all efforts, Trump has remained fully committed to backing from the deal, especially after the Israeli PM’s Netanyahu’s presentation about past violations of the Iran Deal.

However, one thing ought not to be overlooked. There is still lack of evidence that Iran is currently in violation of any sections of the agreement, but there are indications that Trump may be violating certain provisions. Specifically, the U.S.’ promise was to restrain itself from inhibiting Iran’s integration in global economy, yet, as reported by The Atlantic, there are some indications that the current administration is doing just that. The U.S.’s seeming hesitance to keep its end of the promise points to the difficulty that world leaders might experience in negotiating a new agreement if the old one is scrapped. However, if the U.S. remains fully committed to the agreement, both the U.S. and its allies could pressure Iran into other concessions and create new agreements that would potentially deepen U.S.-Iran economic and diplomatic ties, while also helping to resolve grievances of the current administration.

The status quo brings a lot of uncertainty. President Trump has not been clear on what his definition of scrapping the deal means. Some have speculated five possible scenarios, including complete isolation of Iran with reimposition of sanctions and a military approach. For now, it seems that Trump is going in the direction of complete abandonment of the deal. This resembles the 1994 nuclear deal with North Korea, where the Congress failed to fulfil the U.S.’ promise of providing North Korea with heavy-fuel oil, thus removing their incentive to denuclearize. As the world has seen, it took a long time until dialogue was restarted.

Understanding the current discourse regarding the Iran Deal is key to prevent further nuclearization of Iran and achieve global security. One can only hope that today’s decision by President Trump will bring about some hope about the future of U.S.-Iran relations and will take into consideration the likelihood of achieving a new agreement.