The Ethics of Short-Term Medical Missions 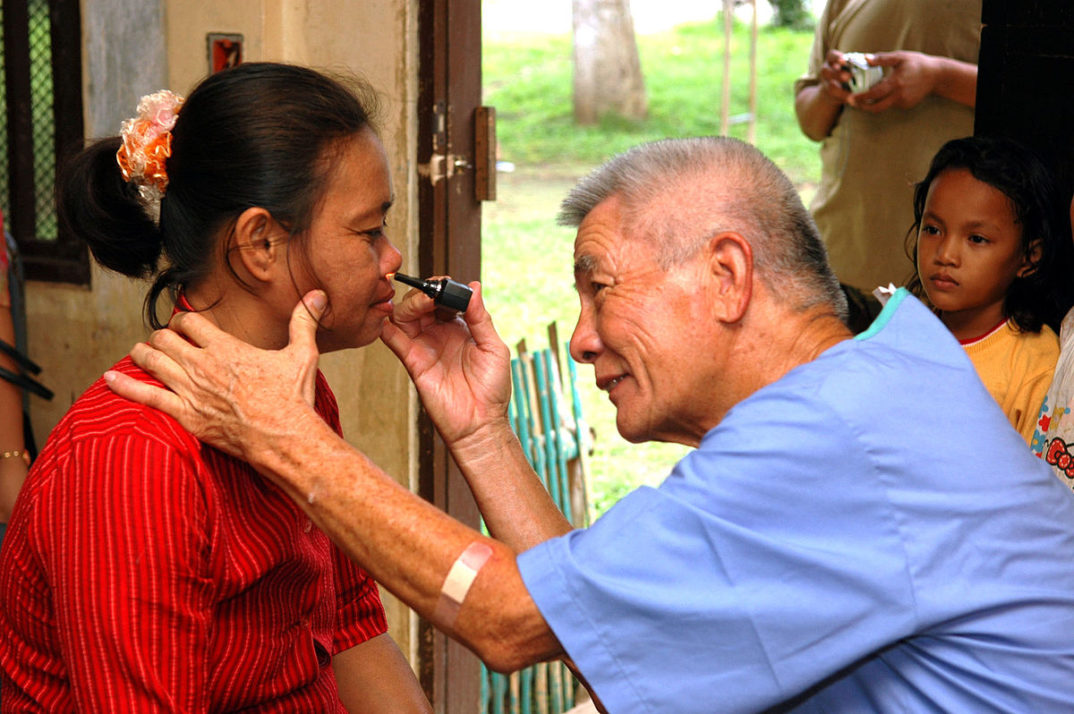 According to NPR, doctors and medical students in the United States are increasingly seeking out programs that enable them to spend a limited amount of time (from weeks to months) in developing countries providing free medical care. This sounds like an unmitigated good thing, given the amount of need for medical resources in many parts of the world and the opportunity to save and improve lives that this represents. However, as has been a common refrain in discussions concerning foreign aid generally, helping residents of poorer countries can have numerous unintended consequences, and short-term medical missions are not exempt from this insight. The NPR article provides several examples of these unintended negative consequences:

Given the moral risks involved, some would argue that medical students and doctors from the United States should simply stay away. The interventions of Western nations into the affairs of people in South America, Africa, and Asia have a long and sordid history. Many fear that medical aid from Western countries would only serve to perpetuate this harmful colonial history.

However, the push from medical establishments in the United States to provide medical aid to residents of countries in need appears morally rooted in the duty of rescue. According to economist Paul Collier, the duty of rescue that supports humanitarian aid is less stringent than the duties we may have to aid fellow citizens. This is because the duty of rescue is not meaningfully reciprocal. What is this duty of rescue, then? Simply put, this duty is the moral obligation human beings have to others to rescue them from life-threatening situations, should one have both the means and ability to do so. Given that numerous people across the world face curable, treatable, or preventable life-threatening diseases, Western medical professionals with the means and ability to help appear obligated in some fashion to provide help. This does not specify how much or to whom such aid is required, but doing absolutely nothing in the face of such need seems to run afoul of the duty of rescue.

But what makes this situation so morally fraught, if it is indeed a moral obligation for many? This stems from the inherent vulnerability of the populations receiving aid vis-a-vis their Western medical doctors. Vulnerability entails serious risks of exploitation. These populations are at risk of exploitation because they already have limited access to medical care. They may not have other medical options beyond those offered by the doctors on the short term medical mission. Furthermore, these populations also have less familiarity with the customs, habits, and expectations of Western medicine. Both of these factors make it more difficult for patients to speak up and resist exploitative treatment. Moreover, these factors also complicate these population’s ability to provide informed consent to medical treatment. Because of the vulnerability of these patients, medical students and doctors have to take extra care and practice extra precautions in order to ensure their patients are treated with respect and fairness.

With these issue in mind, the American College of Physicians recently issued a position paper on the moral obligations of medical volunteers. This included five positions:

The above positions seem quite reasonable; it is worth noting their character as general moral principles. These positions do not serve as definite rules for action that clearly stipulate how one should respond to specific situations. Rather, they indicate what values are most important, what precautions ought to be taken, and what considerations are most likely relevant in relation to the ethics of short-term medical missions.

This approach falls well in line with an influential approach in medical ethics called principlism. The principlism of Tom Beauchamp and James Childress views moral situations as complex and involving multiple, often competing, moral concerns at once. What ethics can do is identify and describe what these moral concerns are and how they relate to moral principles. Each situation will require the moral reasoner to perceive how these competing moral concerns are implicated and then develop a reasonable course of action that best balances and weighs them appropriately. The hope for a definitive set of ethical rules is unrealistic and unfaithful to the complex nature of ethical demands. As such, the five positions above are a good starting point for conducting conversations about specific moral dilemmas faced by medical doctors and students on short-term medical missions.