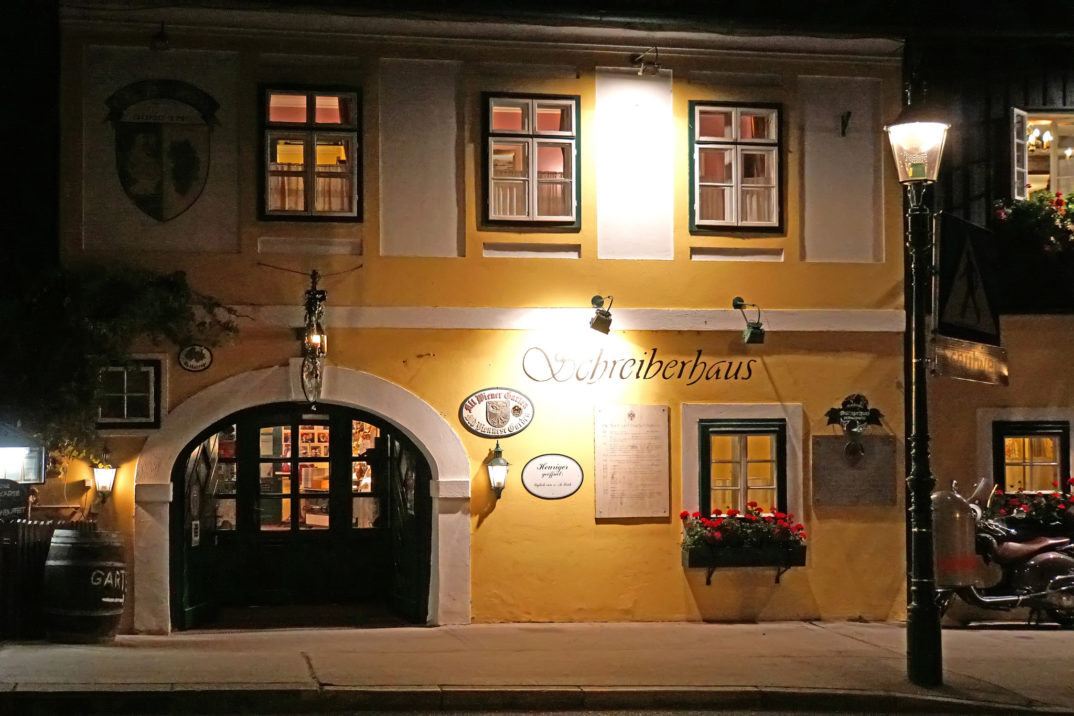 One evening this past month, I found myself walking the streets of Vienna, searching for a place to eat. Specifically, I hoped to show my colleague authentic Austrian cuisine. Although there was no shortage of restaurants, it proved difficult to find one which met my criteria.

The first restaurant we came to, located shortly off the main square, loudly advertised itself as a home to Austrian tradition. Its tables were heavy wood, the servers’ pants were leather, and the screens outside the location displayed scrolling images of the offered cuisine alongside helpful translations into English. A small speaker piped folk songs and Strauss waltzes into the street outside. I told my colleague I thought the place was “too touristy” and dismissed it out of hand.

The second option we considered was a hip, modern establishment. The nondescript exterior belied the dark, sleek decor and eclectic menu offerings. Over the PA came passive indie rock and alternative pop music. This restaurant, I told my colleague, had nothing to do with “real Austrian” culture and tradition, and therefore was not the right place to go to while visiting Austria.

Lastly, we were presented with a Mexican restaurant. This eatery looked quite a bit like any Mexican restaurant one might find in the United States, though I have no idea of its relative similarity to the restaurants to be found in Mexico. This, too, was an affront to my notion of “authenticity”. What are the odds that anyone involved in the food preparation has any kind of first-hand knowledge of Mexican culinary tradition? I asked my colleague. And even if that were the case, a cuisine based in a region of North America has as little to do with Austrian culture as either of the previous two options.

This story was not entirely factual, but it is rooted in reality. Almost every country in the world contains such a wide variety of restaurants and attractions. Because everyone eats, and many people who travel consider food to be a primary window into the cultures they visit, the issue of authentic local cuisine become especially illustrative of a wider point about authenticity and culture. That is: what does it mean to be an authentic representative of a culture, and what are the ethical consequences of excessive–or insufficient–concern for authenticity?

The notion of authenticity, while intuitively reasonable, immediately begins to become problematic on further consideration. Where in the world are authentic traditions drawn from? Do they stop at the border of a country, or can someone be an authentic Austrian living in Switzerland? The Anschluss, or annexation of Austria in 1938, was justified by the supposition that some of the people living in Austria were culturally German, and therefore ought to live in Germany. On the other hand, can the people in one part of a country or region judge the residents of another area to be less authentic? Many rural Austrians view the Viennese as a cultural “Other” because of the multicultural, cosmopolitan nature of the city. Let us not forget that modern national borders were drawn by political entities, many now defunct, and have more to do with the machinations of old monarchies than the commonalities of those who reside at the borders.

What time in history are we referencing in our search for authenticity? We usually want to look to the past, but would that be the recent past or the Middle Ages? Lacking an historically informed point of reference, many traditional restaurants arrive at a vague amalgam of bygone affects that would actually appear out of place at any one point in history. Should we limit ourselves only to that which was technologically possible at the time we are trying to emulate? Would it be inauthentic to eat food cooked on an electric stove, or in a restaurant lit with electric lights? Such restrictions stretch the boundaries of what we can reasonably expect of the average establishment.

The result is a variation of the “No True Scotsman” fallacy. When confronted with aspects of a culture which do not comply with our original notion of authenticity, there is a reflexive urge to dismiss them as inauthentic rather than expand our definition of the authentic. This is a prescriptive model in which foreigners dictate the behaviors of members of a culture, whereas a descriptive model would involve visitors impartially making observations. Ultimately, anyone seeking to explore a culture and live as the locals do will run up against insurmountable walls, elements of the culture they can never authentically experience. Subtleties of language and behavior defy the comprehension of any short-term visitor.

Does this mean it would be better simply to remain at home, never venturing out into the wider world to try to develop mutual understanding? Perhaps it would be simpler, but a better response would be, as much as possible, to leave stereotypes and expectations at the border and focus on description and observing what’s already there. Of course, in an era of globalization, borrowed aspects of other cultures are as likely to be present as anything native, and a travelling American in Austria (for instance) will see “American” affects occurring naturally alongside “Austrian” ones. But rather than reject anything “American” out of hand, it is more responsible to accept, and to consider what forces–globalization, economics, the tourism industry–have resulted in such striking juxtapositions. The same holds true within our own respective borders; to reject immigrants and imported traditions and languages out of hand is to support an oversimplified and exclusive vision of national identity. Instead, we must address the problem of authenticity with a nuanced understanding of the fluid and ever-changing nature of tradition and culture itself.