Environmental Ethics for the Red Planet 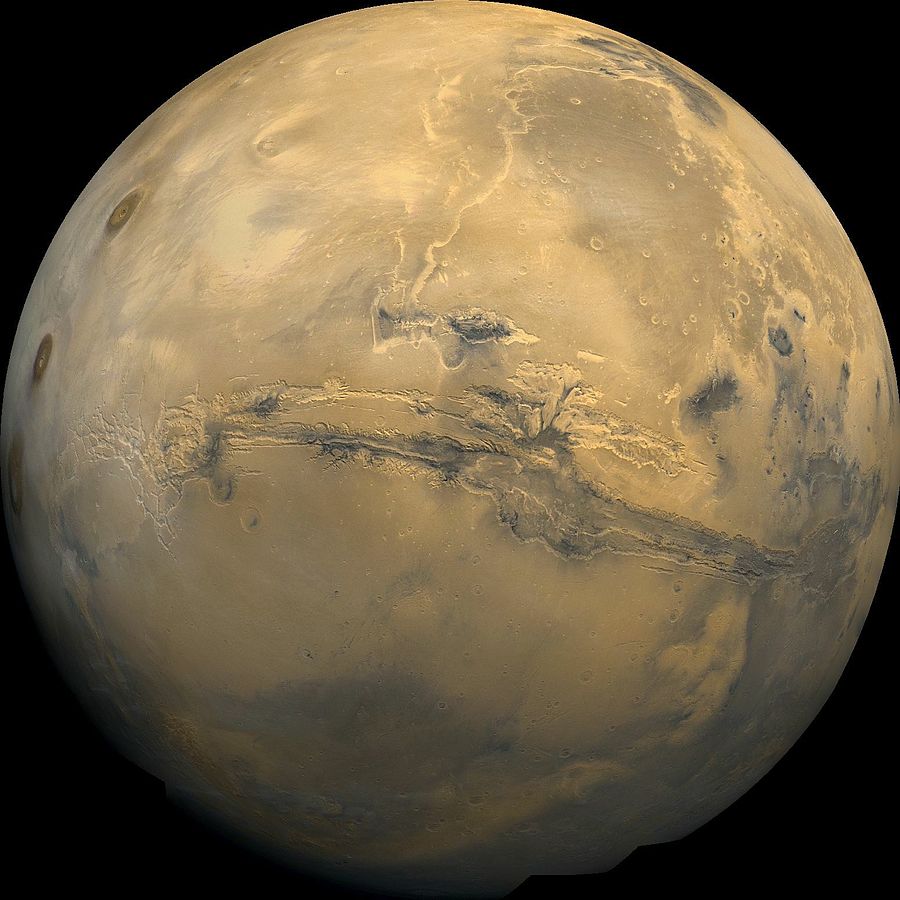 Elon Musk recently claimed that the colonization of Mars needs to be prioritized, lest a catastrophe such as World War III wipe out humanity on this planet before we make it to another. And yet, colonization runs headlong into another scientific goal for our exploration of Mars: the search for indigenous Martian life. The problem, in simple terms, is that human colonists will undoubtedly bring bacteria and other microscopic life forms from the planet Earth. If these life forms of terrestrial origin take root in the Martian landscape, scientific research may lose the ability tell indigenous from non-indigenous life forms. Scientists worry that these terrestrial lifeforms may even kill off the Martian ones (if they exist). And wouldn’t that be tragic?

The above framing of the debate presumes that human interests ought to predominate our decision-making about colonizing Mars. On the one hand, human colonization safeguards our species. If we muck it up on one planet and end life as we know it via nuclear holocaust, we’ll still be around on Mars. To survive, we must expand. On the other hand, human colonization represents a threat to the expansion of scientific knowledge. Discovering and studying Martian life would likely revolutionize our understanding of biology, the history of the solar system, and our place in the universe. Colonization of Mars would seriously threaten such a discovery, as Mars is the closest and best hope for discovering other life in our solar system.

wImagine a conversation you have with a new acquaintance about your likes and dislikes. You tell her that you like running marathons. When asked why you like running marathons, you may respond by indicating that finishing a marathon makes you feel good, explaining the mix of feeling proud at having accomplished something, as well as the physical high achieved from engaging in such a strenuous activity. If your acquaintance then asks, “But why do you like to feel that?” you’ll probably be at a loss for words. The best you might be able to say is, “because it feels good!” The feeling you get from finishing a marathon is intrinsically desirable. It is why you run, despite the pain you may feel while running. The actual running and training, you only desire extrinsically. You desire it in so far as it tends to produce the intrinsically desirable feeling.

Anthropocentric moral philosophy places intrinsic moral value only on human-related things (e.g., human persons or the psychological states of human persons). On an anthropocentric approach, the preservation of the purity of Martian life or the pristine nature of the Martian wilderness is only extrinsically valuable insofar as it may further some other human-related moral end (like saving the human species or advancing human knowledge). A non-anthropocentric argument would seek to establish the value of preserving Martian life because Martian life itself is valuable.

A non-anthropocentric approach to the ethics of Martian colonization could, in fact, take at least two broad strategies. One strategy is still biocentric. That is, living things have intrinsic value; not just human living things. As such, Martian life would have intrinsic value were it to exist. Therefore, we need to take precautions to preserve it. Human colonization needs to be severely limited or prohibited altogether so that we do not accidentally snuff Martian life out of existence. The other strategy is to find intrinsic value in a much wider array of objects: not just living ones. The Martian landscape itself, in its untouched form, has intrinsic value, which would be sullied by our presence. As such, we probably ought not to even visit Mars on a large scale, lest we leave behind waste and other evidence of our being there.

Let’s focus on the biocentric argument, for now.

Why should life itself (not just human life or even just conscious life) be considered intrinsically valuable? Paul Taylor’s ethics of respect for nature presents one such influential approach. For Taylor, an attitude of respect for nature—where the good of each and every individual living organism is viewed as worthy of respect without reference to human needs and interests—is the only rationally justifiable attitude to take when viewed against the background of a biocentric outlook on nature. The biocentric outlook is composed of the following four beliefs:

(1) Humans are members of the Earth’s living communities on equal terms with all other living organisms.

(2) All living species (including humans) are part of an interdependent natural system where the good of all species is dependent on the good of each species.

(3) All organisms are teleological centers of life—that is, each organism has a good of its own.

(4) Humans are not inherently superior to other living things.

Each one of these claims needs further explanation and justification. We can see, however, how this argument may be weakened in the Martian context. Though (3) and (4) may still be true in relation to Martian organisms, (1) and (2) seem relevant only to our relation to other species of Earth. The good of the human species seems quite independent from the good of Martian life, at least while we remain on Earth. Additionally, humans are not (yet) members of an interacting community with (possible) Martian organisms.

(3) and (4) might themselves be enough to establish the view that Martian life ought to be respected on its own terms. If Martian life has a good of its own (which all living things arguably do), and humans are not inherently superior to other living beings (including Martian ones), then we have no reason to privilege our basics needs and interests over theirs. As such, we may need to seriously weigh the interests of possible Martian life in any future foray to the Red Planet.