Does the Right to Self-Defense Give Us a Right to Guns? 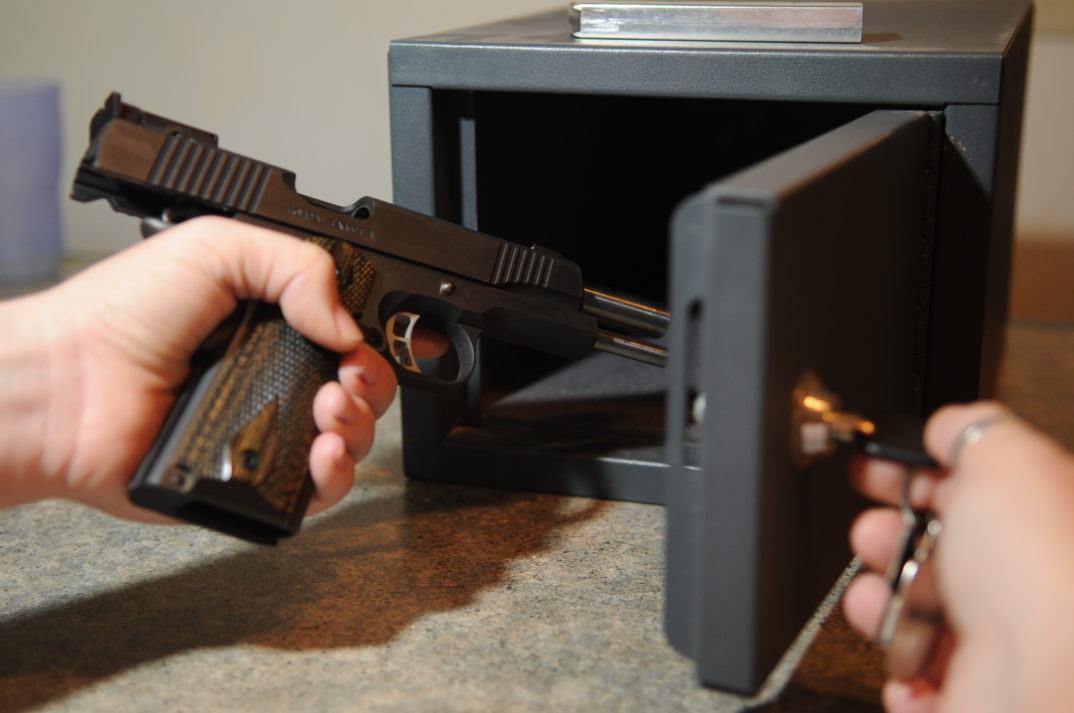 The survivors of the Marjorie Stoneman Douglas High School shooting have made themselves heard since February 14, most recently at the March For Our Lives rally in Washington DC. Almost all of these teenagers fervently support gun control, but a few of them see things differently. In an interview on The Daily Show a few days before the rally, Stoneman student Josh Belenke spoke up for gun owners. His view is that there’s a “God-given right to self-defense” that shouldn’t be taken away.

Nobody’s really talking about taking guns away entirely, but what about it? Must we make guns available because people have a right to self-defense? How strong is the self-defense defense of gun rights?

Some ethicists will say it’s a total non-starter since they don’t think there’s any such thing as a right to self-defense. Perhaps they don’t believe in any rights. Or they don’t believe in that right in particular. Or they have strongly consequentialist convictions: they think we have to think through the outcomes for all affected before deciding between killing and being killed.

But most of us won’t be persuaded by such doubts. We don’t think the right choice always turns entirely on outcomes. We are entitled to defend ourselves, we think, regardless of the outcome—at least up to a point. You might be able to come up with exceptions, but they will be just that: exceptions.

What follows, then, if we do have a right to defend ourselves? Well, for one, we are entitled to have locks on our doors. We’d be rightly horrified if the Open Doors Party tried to pass a law prohibiting the use of locks. (Maybe they think that would make for a more friendly community.) But surely the right of self-defense justifies more than purely defensive maneuvers.

Supposing we have a right of self-defense, surely we would be entitled to attack an attacker if we had an effective way of doing so that caused no more harm than necessary. On the other hand, it’s clear that there are limits. Nobody argues that machine guns should be available as weapons of self-defense, let alone tanks and other artillery. Nobody thinks I can spray bullets into a crowd to save my life if my attacker is surrounded by 100 innocent children.

The right of self-defense justifies some attacks on an attacker, using some means. So what of guns? What Josh may be imagining, when he imagines a gun as a means of self-defense, is the classic scene in a Western. In the world of the Western, there are lots of villains. So people maintain readiness by wearing a holster and a gun. And the gun often gets used: any good Western contains lots of scenes of heroes drawing their guns on bad guys. Likewise, you might think about scenes from the life of a police officer: they’re under attack, they fire back, and they survive.

The problem with focusing on such scenes is that most of us are extremely unlikely to encounter any villains, in our own local haunts. Thus, we’re disinclined to maintain a constant state of readiness. Most people who own guns keep them locked away, or at least in a purse or drawer or under the mattress. That means that in the extremely unlikely event that we’re ever under attack, the attacker will have the advantage. He’s almost guaranteed to catch us when the gun we may own is not at the ready.

Even if it’s right there in its holster on our hip, the bad guy is likely to catch us off guard. Since we’re not cowboys or police officers, we’re not in a constant state of vigilance. US data shows that it’s very rare for guns to be used for self-defense. It really is a fantasy that having a gun will put you in a position to stop a bad guy from doing harm.

Now, that just says having a gun won’t do you much good. And in response, it makes some sense to say that each of us is entitled to at least try to defend ourselves, however ineffective we may be. Maybe my door locks will also never stop an intruder, but I am entitled to my locks. However, things are more complicated when it comes to guns.

Because the chances of using a gun defensively are so extremely small, the chances of the gun being used in another unfortunate way are comparatively large. Statistics show that a gun you buy for defensive reasons is not as likely to be used defensively as to be involved in a suicide, domestic violence, or an accidental shooting. So it turns out, surprisingly, that we increase our risk by buying a gun instead of decreasing our risk.

By all means: If you did have a gun at the ready when you came under attack, you would be entitled to use it.  But may you get that gun, despite the reality that you will almost certainly never be in a position to use it defensively, but will instead endanger your household by having it?  For all that the right to self-defense seems obvious, and guns seem a key component of exercising the right, it’s really just not clear that–for many of us, at any rate–there’s a coherent self-defense defense of gun ownership.