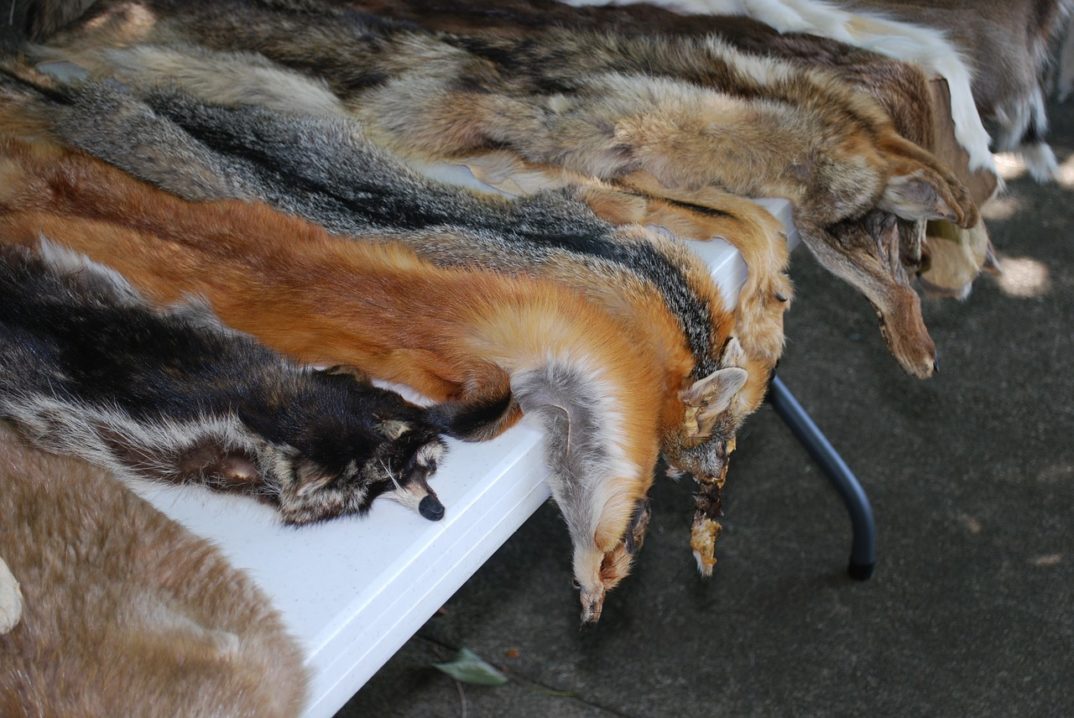 It is easy to forget that our choices as consumers have significant consequences beyond satisfying our material needs or desires.  Many of us make purchasing choices with little regard for how those choices affect other people, non-human animals, or the environment.  In many cases, the stakes are tragically high. One proposal worth consideration, then, is that certain purchasing options should simply be off the table or should, at a minimum, be highly regulated.

Two significant policies of this type have been in the news in early 2018. In March, the supervisors of the city of San Francisco banned the sale of fur. Also, earlier this year, France passed a law seriously restricting the sale of plastic plates and cups.  This law follows another piece of legislation passed in France in 2015 banning the use by retailers of plastic bags.  Naturally, there is some concern that policies of this type are a dangerous overreach of governmental power and constitute an unjust restriction of individual liberty.

Opponents of bans like these are concerned about the governmental practice of imposing a set of values on their citizenry.  Even if a citizen agrees with the values being imposed in any particular case, they can’t be certain that those values won’t radically change.  These opponents argue that governments, as a rule, should stay out of matters that should be left up to the private value judgments of individuals.  If these changes truly are important to the citizens, they will happen naturally as a result of the pressures exerted by consumers in a free market system. People need to be free to pursue, within reasonable limits, their own conception of the good life.  This can’t happen when government dictates by law the set of values their citizens must have. It may be terrible for a person to simply fail to care about the environment or about other living things, but respect for freedom of conscience requires that we allow people to make their own choices, even if we are fairly certain that they’ll make bad ones.

Advocates of bans of this type argue that the harms caused by consumers are so extreme that we can’t wait around for our fellow citizens to become acquainted with their own consciences.  Practices that lead or have the potential to lead to tremendous amounts of suffering either now or in the future need to be ended immediately.

Consider first France’s ban on plastic shopping bags and plastic plates and cups.  The question of whether single-use plastics are bad for the environment is not a difficult one.  Plastic takes thousands of years to biodegrade, and human beings use a tremendous amount of single-use plastic—Americans alone dispose of 33 million tons of plastic a year.  Only 8 percent of this plastic gets recycled. Much of it ends up either in landfills or in the ocean. The plastic in landfills seeps toxic chemicals into the soil and pollutes drinking water.  The plastic in the ocean harms ocean life. These are all objectively bad states of affairs. A person’s liberty to pursue their own conception of the good life is not significantly restricted by policies that aim to prevent the destruction of the planet.

A similar point applies to the case of fur production.  San Francisco is far from an anomaly when it comes to the imposition of a ban on fur. Whole countries have either banned or severely regulated the production of fur within their borders. Great Britain, Austria, Slovenia, Croatia, Bosnia and Herzegovina, Slovenia, and the Netherlands have banned the farming of fur. The animals that are most often bred for fur are minks, chinchillas, and foxes.  All of these animals, when allowed to thrive in the wild, would roam vast landscapes.  They would have the freedom to swim and run. On fur farms, they are frequently held in factory farm conditions. The largely unregulated nature of this industry results in conditions in which animals are not held or killed in ways that satisfy even minimal moral requirements.

Human beings use animals for a range of purposes.  We raise them for meat and for egg and milk production.  We use them in experiments of various types. All of these practices should be carefully monitored and their moral permissibility should be the subject of a tremendous amount of reflection and discussion.  Many claim that the fur industry, along with the cosmetics industry, is in a special category. At this stage in human development, fur is completely unnecessary. We farm fur, not for any essential human function, but for fashion.  For reference, it takes 150-300 chinchillas to make one fur coat.   What’s more, we tend to apply very different standards depending on the animal involved.  For example, those who think banning fur is an instance of governmental overreach don’t seem to be particularly concerned about the fact that, in 2000, The United States banned the import, export, and interstate transport of dog and cat fur.  The distinction between dogs and cats and minks and chinchillas strikes many as arbitrary and the different levels of outrage seem unjustified.

Those who are worried about the precedent set by the ban may be concerned about the implementation of other related policies.  There are certain practices that are well known to be harmful to human well-being. Unhealthy eating and drinking practices are known to be bad for human health.  If we allow governments to make value related choices like banning plastics or fur, will this make it easier for them to justify behaving paternalistically to prevent private citizens from making decisions that might be harmful to their well-being?  There is already some precedent for this in the form of seatbelt and helmet laws. In 2012, the state of New York attempted to ban the sale of sugary sodas over 16 ounces.  The courts ultimately rejected this proposal, but the fact that such a thing was proposed at all makes many people feel that their liberty is not secure.

Other opponents of banning practices are concerned about the sidestepping of the value of free open discourse about social policies and values.  Even if the ban in question ultimately has truth or justice on its side, the practice of implementing bans shuts the conversation down before it can even get started.  In response, those that support bans may argue that we elected the officials who implemented them. Legislators pass laws that the citizenry hasn’t had the opportunity to discuss all the time.  That’s how representative democracy works. What’s more, these are conversations that have been taking place for quite some time. This is the time to take action, not the time to simply start the conversation afresh.