Should Chimpanzees be Granted Legal Personhood? 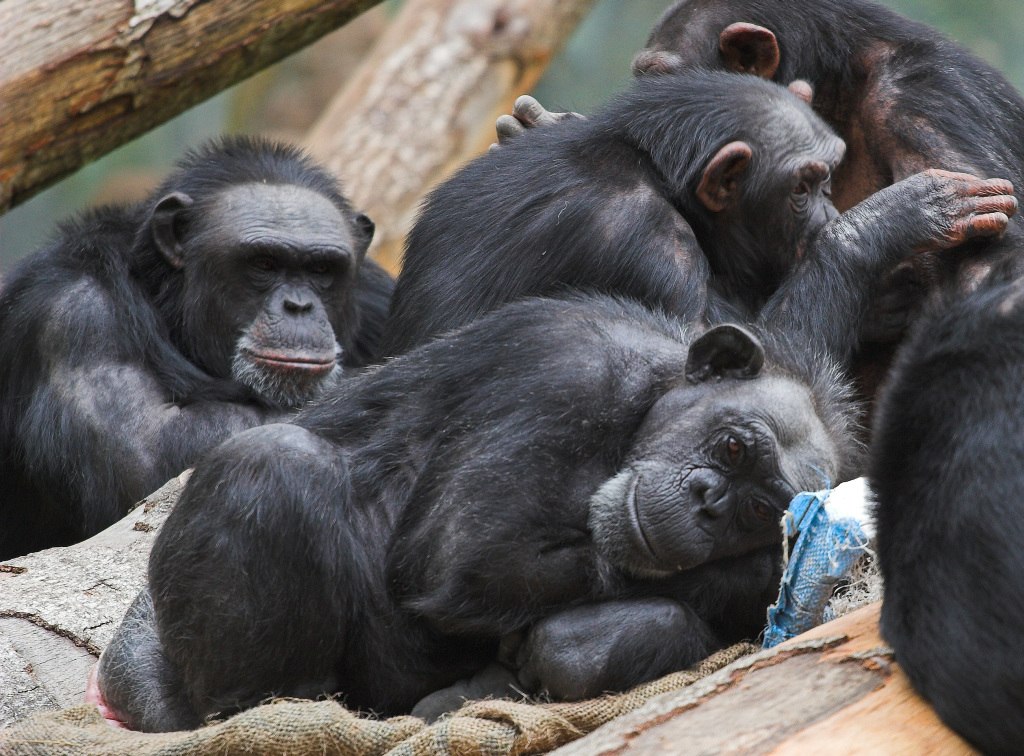 In recent years, advocates for animal welfare have pursued legal rights for animals in the courts.  Tommy and Kiko are chimpanzees who were once famous for their appearance in Hollywood films. Both now live in captivity in small cages—conditions that are far from optimal relative to what a flourishing life for a chimpanzee would look like.  Hercules and Leo are chimpanzees who have been the subject of invasive medical research and experimentation for their entire lives, nearly a decade.  Advocates for these animals argue that it is morally wrong to view them as mere property. There should be some legal recognition of their rights.

In the case of Tommy and Kiko, attorneys for the Nonhuman Rights Project have argued that the habeas corpus rights of chimpanzees should be acknowledged and respected. Habeas Corpus is a Latin term that literally means, “that you have the body.”  Legally, a writ of habeas corpus is used to bring someone who is being detained before a court. The court will then determine whether the detention is lawful or not.  In June 2017, a New York appellate court held that, since Tommy and Kiko are not human beings, they do not have the habeas corpus rights that humans have.

There is a substantive philosophical reason for approaching the issue in this specific way.  Many animal rights advocates argue that limits on the ways in which humans can treat animals shouldn’t simply be dictated by the sensibilities of their human “masters.”  On this view, chimpanzees should have legal protections because they have a moral right to bodily autonomy, just like human beings do. Our laws should be consistent with that moral right.

In this particular case, The Nonhuman Rights Project has maintained that chimpanzees have rights that should be recognized in light of the kinds of beings that they are.  Chimpanzees have advanced cognitive abilities, they engage in very similar social behaviors to humans, and they can even make use of language in the form of ASL.  There is compelling evidence to suggest that chimpanzees can remember past events, can form goals for the future and that they exhibit care for others. On the basis of these considerations, chimpanzees exhibit personhood that should be respected in the eyes of the law.

The court’s opinion, written by Justice Troy Webber, recognized the weight of the evidence for these conclusions but maintained that there is no precedent for considering non-human animals to be legal persons.  Moreover, Justice Webber argues, though chimpanzees might exhibit certain characteristics that are similar to those of humans, they are not capable of bearing legal duties. Webber is concerned that the case made by the Nonhuman Rights Project “does not suggest that any chimpanzee charged with a crime in New York could be deemed fit to proceed, i.e., to have the “capacity to understand the proceedings against him or to assist in his own defense.”

One might respond to the position of the court by arguing that the argument is a fallacious appeal to common practice.  The fact that non-human animals have never been considered legal persons in the eyes of the law does not mean that they shouldn’t be.  It may well be that we have a long legal history of treating non-human animals as objects—and it may well be that the practice was always morally wrong.  This case presents courts with the opportunity to rectify that injustice.

Advocates of this legal approach might also argue that the habeas corpus rights of human beings are protected even in cases in which the cognitive capacities of the humans involved are either impaired or not yet developed to a degree comparable to the capacities of adult chimpanzees.  Human infants and individuals with severe mental disabilities have rights protecting them from unlawful detention, even though they too are incapable of understanding the proceedings against them or of assisting in their own defense. In light of these considerations, it starts to look as if the position the court advocates is truly motivated more by species membership than by cognitive capacities.

Animal welfare advocates are concerned that species membership is arbitrary when it comes to understanding rights and privileges.  In other words, the designation of species membership is a morally irrelevant consideration absent any discussion of the capacities an entity might have or the suffering they have the potential to countenance.