The Complex, Yet Remarkably Straightforward, Ethics of the N-Word 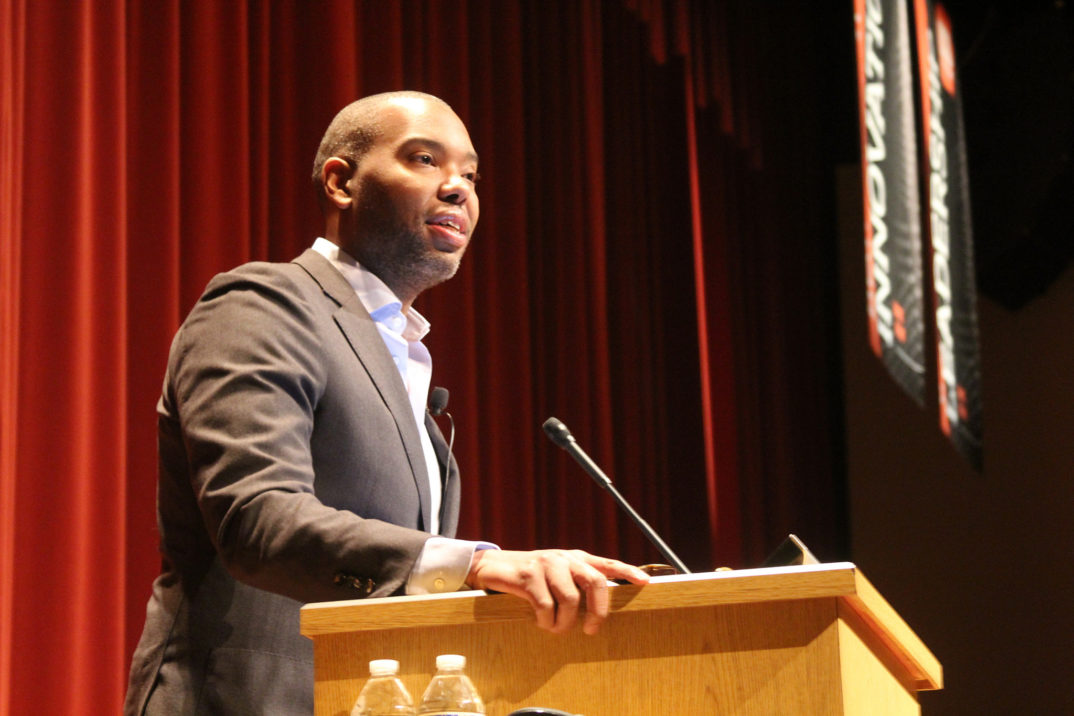 The first known use of the n-word, or at least a variation of it, was in 1574. The n-word was originally derived from the French word “negre,” the Spanish and Portuguese word “negro,” and the Latin word “niger.” No matter the wording, they all meant black, and over time, the word transitioned from being used to identify the first shipment of African slaves to one of the most hateful terms that can spring forth from a person’s mouth. It was the 17th century, to be more precise, when the n-word became one of derogatory value. The negative value associated with the n-word continued into the 18th century and perhaps reached its peak during the Antebellum slave era in the 19th century. Even today, the n-word has a history attached was too prominent to forget.

The 20th century marks not only the spreading of the n-word in mainstream society through film and propaganda, and perhaps its epitome of the intent to verbally assault black people, but it indicates a change in the usage of the n-word. The n-word using the -er suffix morphed into one that uses a simple -a. The changed suffix changes the n-word’s meaning, for when using the -a, it is used as a term of endearment between black people. Rap music can partially be credited for fostering the using of the changed n-word, ranging from rap groups such as the infamous N.W.A. (who have the n-word in their name) to rappers such as Kanye West. For instance, in West’s song “Flashing Lights,” he raps “‘Till I got flashed by the paparazzi, damn, these niggas got me, I hate these niggas more than the Nazis.” West’s music, like a lot of rap music, extends to a variety of listeners, ranging from black people on the South Side of Chicago to white people in Schaumburg, a suburb of Chicago. Rap music’s catchy lyrics can be internalized in its listeners, often causing them to repeat the lyrics that they hear, and some white people sing along to every word in the song, including the n-word. This phenomenon of white people saying “nigga” can be exemplified in a myriad of venues, such as a party or even a fraternity house. With that said, why do non-black people think it is ok to say “nigga?”

According to Chiaku Hanson, a staff writer for the Huffington Post, non-blacks who use the n-word justify their usage of the word by explaining that they are not using the -er variant or that they are not using the word with derogatory implications. However, “nigga” can be just as offensive to a black person as usage of “nigger” would be. White people might also justify usage of “nigga” by explaining that their black friends have given them permission to use the word around them, failing to explain that others might not appreciate the fact that they were allowed to use the word. Whites have even justified their use of the word because their black friends say it, giving them some false sense of entitlement that they can also say the word.

However, black people using nigga and its effect on white people is a different issue in itself, and such an issue was presented clearly by CNN’s Don Lemon. During a panel discussion on usage of the n-word, Lemon raised the question of “how can black people expect others to stop using the word if they don’t stop using it themselves?” Lemon’s words are reflected in certain areas of the black community, for the NAACP once held a symbolic funeral for the n-word, representing their removal of the word from their vocabulary. Events like the NAACP’s and questions raised about race blurs the line of whether it is ok to use the n-word or not. Such a question might make a student have to decide if they should be offended or not if their white professor reads the word “nigger” in class.

But perhaps Ta-Nehisi Coates, a critically acclaimed author and writer for The Atlantic, can help navigate such a delicate and complex situation. During a discussion with Northwestern students about his book “Eight Years in Power,” a white audience member asked Coates why white people couldn’t sing along to rap and hip-hop songs when “nigga” was used. In response, Coates explained how words have different meanings within different communities and different groups of people. For instance, Coates explained how he doesn’t join in with his wife and her friend when they refer to each other as “bitch.” When some of his white friends referred to the cabin that they stay in as the “white trash cabin,” Coates did not follow suit. He furthered explained that it’s seen as normal for groups of people pertaining to race or sexual orientation to use derogatory terms on one another in an ironic fashion, so he was confused to as why there is an uproar when black people do it, hence their use of “nigga.” Therefore, he was befuddled as to why some white people can’t understand why they shouldn’t use the n-word.

As soon as Coates proposed this question, he came up with an answer, pointing out that “when you’re white in this country, you’re taught that everything belongs to you.” Indeed, an unjustified sense of entitlement would explain why some whites think they can say the n-word just because their black friends say it. Per Coates, the laws and culture of U.S society teach whites that there are very few restraints on what they are allowed to do. Coates then illustrates that when there is a word like “nigga” that whites aren’t allowed to say, something that restricts them unlike ever before and they feel as if an injustice is being done towards them. Coates then uses his point as a way to flip the script, saying that white people not being able to say “nigga” gives them the slightest insight on what it means to be black in the United States. To live and watch other people do things that you cannot do is an experience that not many white people are familiar with.

With that said, does Coates’ words take away from what Don Lemon said about black people not saying “nigga?” Not necessarily. Lemon’s words do make one wonder why black people would want to incorporate a word with such a sinister history into their vocabulary. That answer may remain unclear. But what is clear is that it might be in the best interest of non-black people who want to use to the n-word to refrain from using it. If a hip-hop song comes on where nigga is repeated often, why not just pause rather than sing the word? Or just say “n-word” or a rhyming substitute like “ninja?” However, with the historical and psychologically damaging implications that such a word proposes, perhaps it would be best if non-black people didn’t use the word at all.