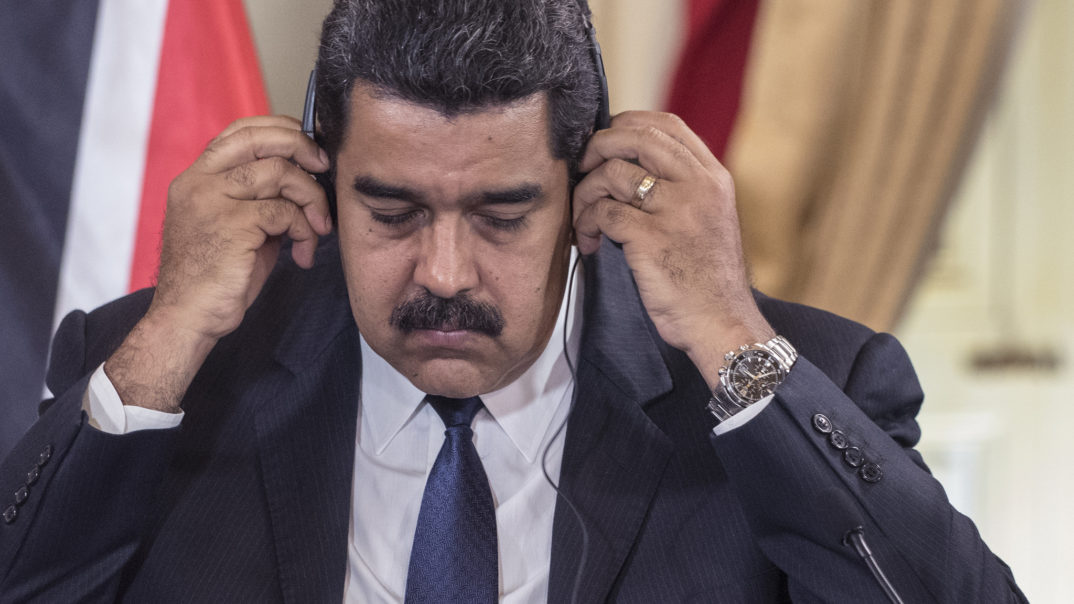 Venezuela is scheduled to have presidential elections in April 2018. Although not technically illegal, this is unexpected. In 2016, Venezuela was expected to have regional elections, but Nicolas Maduro’s regime suspended them until 2017. He claimed it was due to economic reasons, but everyone suspected that he did so in order to gain some time, as his party was extremely unpopular at the time. Now, presidential elections have been called for April, although they were originally scheduled for December. Again, this is widely seen as a cynical ploy: the opposition forces are currently at a very weak point, and Maduro seizes the opportunity to defeat his rivals.

This speeding up and slowing down of elections depending on the probability of electoral success is one of the final nails in the coffin of Venezuelan democracy. For decades, in a region full of military dictatorships, Venezuela was praised as the strongest democracy in Latin America. Now, as the rest of the region seems to be on the path of democratic consolidation, Venezuela’s democracy is dying.

How did Venezuelan democracy die? Harvard professors Steven Levitsky and Daniel Ziblatt explore this question in their newly published book, How Democracies Die. Although they do render some attention to the Venezuelan case, they mostly focus on the current state of affairs in the United States, and give words of warning about the dangers of the Trump era.

As it turns out, democracies do not die from single strokes. Dictators do not suddenly kill them. Instead, democracies usually die as a result of a thousand minor cuts. It is indeed a gradual process, with a series of steps. In order to recognize an authoritarian regime, Levitsky and Ziblatt ask a number of questions. They do not specifically answer them for the case of Venezuela, but I will provide such answers.

Under the rubric “Rejection of democratic rules of the game,” Levitsky and Ziblatt ask of leaders: “do they suggest a need for anti-democratic measures such as canceling elections?” As previously mentioned, Maduro’s regime has either cancelled elections or called for them ahead of time, depending on how his popularity is doing. Under the rubric “Denial of the legitimacy of political opponents,” Levitsky and Ziblatt ask of leaders: “do they describe their rivals as subversive, or opposed to the existing constitutional order?” This is in fact a daily routine in Venezuela. Maduro has never dared to go on a public debate with political rivals, as he frequently describes them as subversives who are not legitimate voices for debate or dialogue.

In the same rubric, another question of leaders is: “do they baselessly suggest that their rivals are foreign agents, in that they are secretly working in alliance with a foreign government?” Again, this is extremely common in Venezuela. Very much every recognizable leader of the opposition in Venezuela, has been accused of being in league with the CIA, the Mossad, the Colombian government, or Colombian paramilitary forces. As a result, again, Maduro holds the belief that he must never engage in dialogue or debate with his rivals, because a bargain with imperialist powers must never take place.

Under the rubric “Toleration or encouragement of violence,” Levitsky and Ziblatt ask of leaders: “do they have ties to armed gangs, paramilitary forces, militias, guerrillas, or other organizations that engage in illicit violence?” This has been going on for years in Venezuela. Maduro’s antecessor, Hugo Chavez, provided weapons to far-left urban guerrillas, variously known as Tupamaros, Colectivos and Circulos bolivarianos. These gangs do the dirty work of repressing manifestations and intimidating political rivals.

Another question in the same rubric is: “have they praised (or refused to condemn) other significant acts of political violence, either in the past or elsewhere in the world?” Every February 4, Venezuela’s regime commemorates Hugo Chavez’s failed military coup in 1992 that ended with tens of casualties, including many civilians. The regime routinely condemns the failed attempt to overthrow Chavez in 2002, but hypocritically celebrates Chavez’s own coup by labeling it a “civil rebellion.”

Under the rubric “Readiness to curtail civil liberties of opponents, including media,” Levitsky and Ziblatt ask: “have they supported laws or policies that restrict civil liberties, such as expanded libel or defamation laws, or laws restricting protest, criticism of the government, or certain civic or political organizations?” The Venezuelan regime has indeed done so. Hugo Chavez closed RCTV, a TV station that continuously critiqued the regime. Maduro has made up multiple charges against leading figures of the opposition, so as to politically suspend them from running for office.

Levitsky and Ziblatt present their book as a cautionary tale about what the US may become with a president who has a taste for authoritarianism. This is a legitimate concern, but readers should also consider the tragedy of Venezuela for its own sake, and hopefully, a new discussion about how Venezuelan democracy can be revived can begin to take place.