Is it Time for a Permanent Olympic Venue? 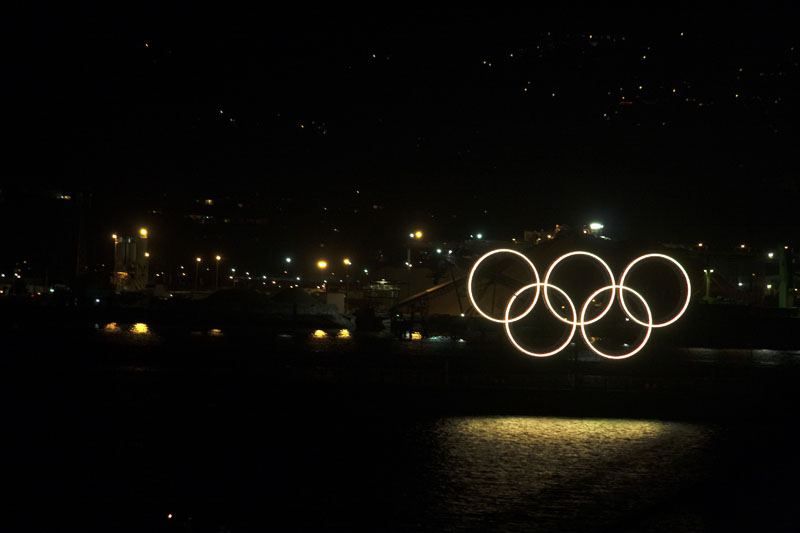 The Olympic flame has been lit once again, this time in Pyeongchang, South Korea. The 23rd Winter Olympic games have been accompanied with a lot of controversy, hope, and high expectations. The image of two Koreas marching together under one flag has reminded many of a not-so-distant, more peaceful past. However, this is not the issue at hand. Despite many moral dilemmas arising from the North-South relations, this time the focus is on the ethics of hosting the Olympics.

The Olympics are here to remind the world of the years of sacrifice and effort that one puts in to cross the athletic boundaries of the humanly possible, to represent one’s country, and to provide a sense of happiness in the hearts of millions of people. As the International Olympic Committee puts it: “Olympism is a philosophy of life, exalting and combining in a balanced whole the qualities of body, will and mind.” It is much more than just a competition. The Olympics provide the world with a necessary hope and belief that hard effort leads to success.

What is troubling is that people often seem to overlook the grave costs of the Olympics—costs that affect local communities, whole countries, and future athletes. These costs leave an ugly mark on the outlook of cities, creating so-called white elephants evoking the prestige of hosting the Olympics. Pyeongchang is not the exception, as South Korea intends to spend around $13 billion on the competition. What is more shocking is the fact that after hosting the Olympics and the ensuing Paralympics, the stadium that the world admired for couple of weeks, a stadium worth $109 million, will be completely demolished. Thus, this raises an important question of the costs and benefits of the Olympics, and possible solutions to the rising criticism.

One of the biggest costs of the Olympics is the infrastructure and accompanying stadiums. Despite often being architectural marvels and truly beautiful constructions, these stadiums are most often a bad investment. Looking at a few examples, one can infer that these stadiums cannot always be fully utilized by local communities post-competition. One such example is Athens, which hosted 2004 Olympics.  Greece spent more than $15 billion on the games, adding immensely to the country’s debt and quite possibly aggravating the economic crisis that followed. Today, one can see images of completely deserted stadiums lurking right next to the Parthenon and Acropolis.

One can also look at a more recent example of Brazil’s 2016 Olympics. Brazil accumulated $40 million in debt with a $550 million stadium turned into a huge parking lot, a horrific consequence for a country that hoped to use the Olympics to aide its economy and show its development. Even more than that, during the Olympics Brazil experienced societal turmoil as a consequence of the construction of the Olympic village, when government law enforcement clashed with those refusing to allow themselves to be evicted from their homes. After taking all these facts into consideration, one needs to question why countries keep fighting over who is going to host the next Olympics, despite the fact that there is strikingly little evidence that such events increase tourism or draw new investment.

One of the critics of the Olympics’ costs is Natalie Vie, an American Olympic fencer. Vie participated in the 2016 Summer Olympics in Rio de Janeiro and was struck by the social impacts of the Olympics. She then came up with the interesting idea of bringing back the Olympic site to its roots. This idea is certainly controversial, but seemingly very efficient and socially responsible: sustainability as the main motivator of Olympics, one that would extend in every realm, one that would truly showcase the might of human determination. Vie argues that perhaps the best way to deal with the negative consequences of Olympics would be to choose a temporary location for the Olympic venue, such as Olympia. In this way the cost of the competition would decrease significantly, many ethical concerns would be avoided – such as evicting people for the sake of building projects, and athletes would be back in the center of attention. Bringing the athletes back in the primary focus would help the International Olympic Committee to fulfill one of its stated goals: “Opposition to all forms of commercial exploitation of sport and athletes,” sometimes completely overlooked due to the controversies and importance of commercial exploitation accompanying the Olympics.

Ultimately, in times when we are amazed by the Olympics’ might and beauty, we often forget what goes into the preparation of the competition and how might it influence people. So the next time one watches this competition, it is important to think about the larger picture, and the ways in which it might be changed.