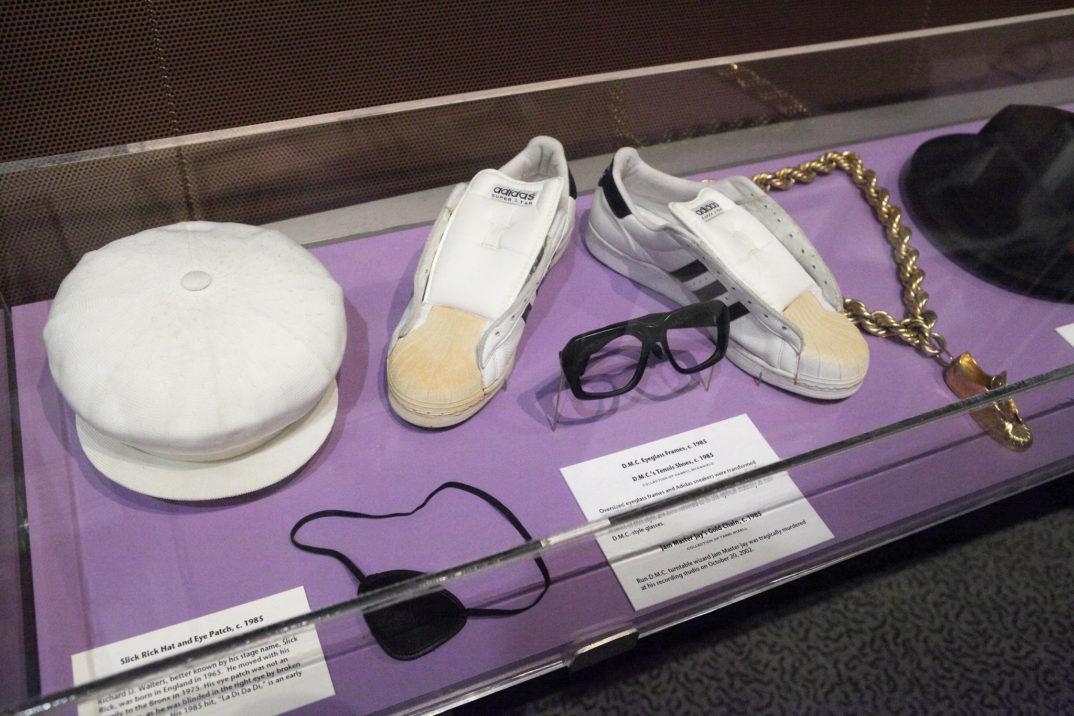 Hip-hop is often criticized for its content. Listeners hear vulgar lyrics and songs dedicated to violence and condemn the music genre. Even worse, a lot of today’s hip-hop has an overall theme about drug use. However, the negative motifs presented in hip-hop are often overrepresented in the music genre, diminishing its more positive aspects. What’s more, the positive attributes of hip-hop are not just rooted in the music itself. Hip-hop is an influential genre that has formed a complete sub-culture around fashion.

Since hip-hop’s creation, makers of the music adorned themselves in eccentric clothing and personalized gear that caught the attention of an industry that never paid much attention to them and the communities that they came from, which often consisted of people of color. However, not only did hip-hop artists become trend-setters that revolutionized how clothing companies marketed their products to the public and redefined the meaning of streetwear, they also shed light on overlooked communities and gave their listeners an outlet to express themselves. Despite what came of the symbiotic relationship between hip-hop and fashion, is it enough to get the critics of the music genre to stop condemning its artists and its content?

In 1986, rap trio phenomenon Run-D.M.C were performing at Madison Square Garden after dropping “Raising Hell,” their third studio album. Among the crowd was an Adidas executive, and when Run-D.M.C performed their smash hit “My Adidas,” the trio asked the crowd to hold up their sneakers. In doing so the Adidas executive saw thousands of people holding up their Adidas. It demonstrated the magnitude of influence that Run D.M.C had on people who listened to their music. The Adidas who executive witnessed the crowd holding up their shoes led to Run D.M.C signing a $1 million endorsement deal with Adidas, marking the first endorsement deal in rap history.

Just as endorsement deals for rappers were unheard of in the ‘80s, endorsement deals for NBA athletes were uncommon as well. But that did not stop Nike from offering Chicago Bulls rookie Michael Jordan a $2.5 million endorsement deal that included his own signature shoe and matching apparel line. Jordan’s on-court feats made his first shoe a success, starting a trend of fans who wanted to be like Mike, including rapper LL Cool J. Per Ross Wilson, a writer for High Snobiety, LL Cool J’s debut album, “Radio,” had a back cover with the rapper posing in the Air Jordan 1. It was an indicator of the Air Jordan crossing over into hip-hop, and since then, the Air Jordan Brand has been a foundation of hip-hop style.

Of course, hip-hop fashion is not just limited to sneaker culture. In 1987, hip-hop duo Eric B. and Rakim released their album, “Paid in Full.” The album cover showed the duo dressed in black-and-white collared shirts with elaborate designs. They also donned large gold chains and matching rings and bracelets. The style of Eric B. and Rakim can be traced back to Dapper Dan, an infamous underground Harlem clothing designer that made clothing with embellished designs. Dapper Dan was known for sampling luxury goods from designers such as Gucci and Louis Vuitton and would remix them into other forms of clothing. In May of 2017, Gucci debuted their 2018 “Resort” collection, and one of the pieces of apparel shown closely resembled that of a piece that Dapper Dan made in the 1980’s. The creative director behind the apparel collection claimed that he was paying homage to Dapper Dan, but in order to avoid serious backlash to taking Dan’s idea, Gucci resorted to collaborating with the clothing designer. Dapper Dan’s and Gucci’s collaboration shows how urban fashion and high end fashion can merge. Therefore, it demonstrates how differences in culture–that of middle class blacks and upper class whites–can come together.

Ultimately, Dapper Dan’s and Gucci’s collaboration is just one of the ways that hip-hop has brought something positive to light rather than all of the negativity that it is known for. At its core, hip-hop unites people. Be it through lyrics or fashion, hip-hop has the power to make connections that no other genre of music can do. One might argue that fashion can’t possibly contribute to hip-hop being portrayed in a better image. After all, the end goal of these clothing companies is to make money, and it is very possible that they just see partnering with hip-hop figures to make more of it. However, hip-hop represents groups of people that are overlooked, and the music genre is a way to make the voices of said people heard.

When Run D.M.C partnered with Adidas and Dapper Dan partnered with Gucci, their partnership represented a much-deserved spotlight on an underrepresented group of people that many companies like Gucci would have normally overlooked. This trend has even continued today with more well known hip-hop artists. Kanye West also has a partnership with Adidas. Chance the Rapper has generated popularity for Champion. These notable figures in hip-hop are making these fashion companies popular, but at the same time, they are uniting people behind the subculture of fashion. And at the end of the day, that’s what hip-hop should be known for, not its negative traits.

Perhaps the positivity that hip-hop and fashion represent can change the negative views that some have of hip-hop. Or at least it can begin to change how hip-hop is viewed. People often condemn what they do not understand, and the same notion applies to hip-hop. Listeners hear the negativity of the music and are quick to criticize it without understanding the roots of hip-hop. Maybe if critics of hip-hop stopped to learn about the music genre and its influences, such as fashion, their view of hip-hop might change.