California Debates Parole for a Member of the Manson Family 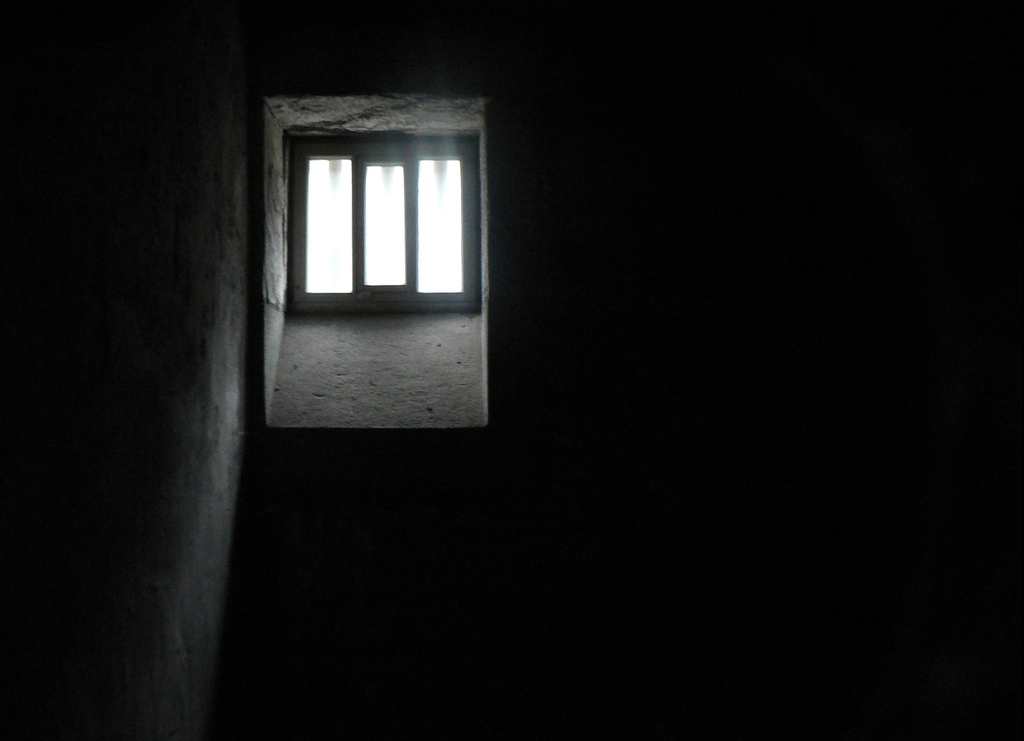 On the night of August 9, 1969, several young people crept into the Los Angeles home of Leno and Rosemary LaBianca.  At the behest of cult leader Charles Manson, they stabbed the couple to death. Cult member Leslie Van Houten stabbed Rosemary LaBianca fourteen times. The group wrote messages on the wall in the victims’ blood. After she played her part in the murder, Van Houten took a shower, put on one of Rosemary LaBianca’s dresses, and ate some food from the refrigerator.

The guilty parties were later arrested and tried, and many viewed Van Houten’s behavior during the trial as tremendously inappropriate.  She giggled throughout much of her testimony.  She didn’t seem to take any of the proceedings very seriously.  She was also clearly still very much under the influence of Manson’s powerful personality—when Manson carved an “X” on his forehead, signaling his symbolic departure from society, Van Houten and other Manson family members followed suit.

Van Houten is now a 68-year-old woman serving her sentence at the California Institution For Women in Corona, California.  In September 2017, the parole commission recommended Van Houten for parole.  On January 19, 2018, California Governor Jerry Brown reversed the commission’s decision.

Brown’s decision is very controversial.  Some people feel that it is clear that he did the right thing.  The murders were brutal and senseless, and Van Houten didn’t seem to demonstrate even the slightest signs of remorse in the immediate aftermath of the crime.  Manson cooked up an elaborate motivation for the murders—one that it is far from clear that he, himself, actually believed.  He convinced his followers that their murderous actions would incite a race war, and that he and his family would inevitably end up controlling everything once the dust settled.  This makes many people who believe Van Houten should stay in jail even more confident in their assessment—though the victims of the crime were white, the motivation for it clearly had a racial component.  This was, truly, the most heinous of crimes.  The living members of the LaBianca family strongly oppose Van Houten’s release.

Others think that Van Houten’s character has fundamentally changed during her time in prison.  She was just 19 at the time that the crime was committed.  Manson kept his “Family,” including Van Houten, high on a seemingly endless supply of LSD.  And, of course, the effect of Manson, a powerfully manipulative psychopath, cannot be understated.  These, some think, are powerful mitigating factors.

This case also raises some interesting philosophical questions about the nature of personal identity and the relationship between persistent identity through time and moral responsibility.  How many features of a person must change before they are an entirely different person from the one who committed a crime?  Van Houten is no longer under the influence of drugs or psychopaths.  She has been a model prisoner and has taken steps to better herself, including earning a bachelor’s degree in English literature and a master’s degree in humanities.  She has also helped to run support groups for women in prison.  She has, on many occasions, conveyed deep remorse for her participation in the crime.

Others who support the release of Van Houten argue that it is the infamous status of her crimes that ensures that she remains in prison.  Murderers are let out of jail on a regular basis, but most murderers are not as notorious as members of the Manson Family.  No governor wants letting a member of the Manson Family out of prison to be part of their legacy. Brown has his reputation to be concerned about.

Van Houten’s case has taken many twists and turns.  When she was originally convicted, she was given a death sentence.  That sentence was commuted to life in prison when the California Supreme Court struck down the death penalty in 1972.  Van Houten’s conviction was then overturned in 1976 because the attorney in her original case went missing during the trial and was later found dead.  Her first retrial ended in a mistrial.  Her second retrial ended in a conviction for first-degree murder and she was sentenced to seven years to life in prison.  This is a feature of Van Houten’s case about which many people are unaware.  Many assume that Van Houten is living on borrowed time since she was sentenced to death and that sentence was commuted to life in prison.  Since she was granted a new trial, this is no longer technically true.  She is serving a sentence of seven years to life with the possibility of parole.  Supporters of Van Houten’s release object that because she is a member of the Mason Family, she is being treated as if her sentence is something other than it actually is.  They argue that her case should be treated in the same way as the case of any other, less famous, criminal.

Supporters of Van Houten’s release also take issue with the reasons Governor Brown cited for denying the parole.  This is not the first time he has denied parole for Van Houten.  She was granted parole by the commission last year as well, and Brown rejected it, claiming that  Van Houten posed “an unreasonable danger to society if released from prison.”  Plenty of people find this pronouncement to be tremendously disingenuous.  Leslie Van Houten is 68 years old. It strikes many as exceptionally unlikely that she would commit violent crimes at her age after release from prison. There is no reason to believe that she ever would have engaged in any criminal behavior at all had she not been in Manson’s thrall.  She has exhibited no violent behavior in prison—in fact, she has demonstrated a commitment to be a healthy, productive member of society.  It is likely that she would behave similarly outside of prison.  This year, Brown maintains that the aggravated nature of Van Houten’s crime is, itself, sufficient grounds for keeping her in prison.  If Brown is right about that, some argue, Van Houten shouldn’t have been granted life with the possibility of parole, to begin with.

Other Manson Family members who were involved in either the LaBianca murders or the murders in the household of Sharon Tate have also faced difficulties when it comes to parole.  Susan Atkins developed terminal brain cancer and applied for compassionate release in 2008.  Doctors told her she had six months to live.  Her release was denied and she died in prison in 2009.  It appears, then, that Van Houten faces an uphill battle.  Since she’s been granted parole by the board twice, there is a good chance we’ll be hearing about this case again next year.