Thomas S. Monson and the Politics of Obituaries 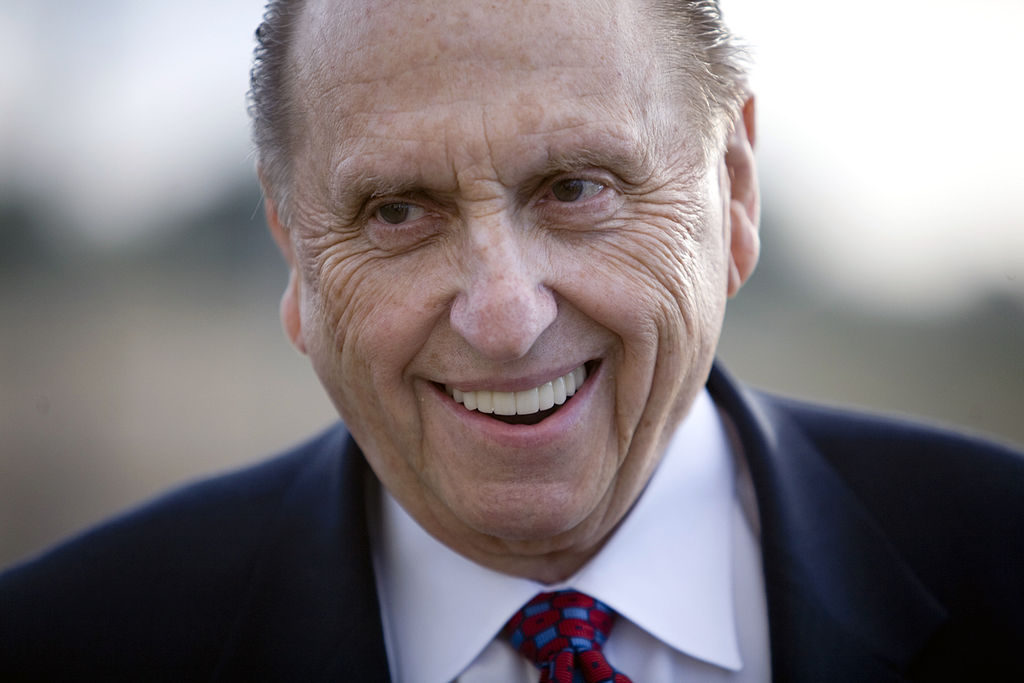 Thomas S. Monson, President of The Church of Jesus Christ of Latter Day Saints, died on January 2 of this year. Monson led the LDS Church for almost a decade.  On January 3, The New York Times published an obituary for Monson that was not well received by many members of the church.  They felt that it was politically biased and did not paint the life and work of their much-loved leader in a positive light.

The first sentence of the obituary read as follows, “Thomas S. Monson, who as president of the Church of Jesus Christ of Latter-day Saints since 2008 enlarged the ranks of female missionaries, but rebuffed demands to ordain women as priests and refused to alter church opposition to same-sex marriage, died on Tuesday at his home in Salt Lake City.” Members of the church were also concerned that facts about Monson’s life and the positive things that he did were buried in the latter parts of the obituary. In response, a group of independent members of the LDS church started a petition to try to get The New York Times to apologize and rewrite the obituary. The petition currently has over 100,000 signatures.

It is important to note that nothing reported about Monson in the obituary was false, so those who object to it are not claiming that The New York Times is presenting a false narrative of Monson’s life.  Opponents of the way the obituary was written are concerned, in part, with an issue that is ethically interesting independently from the particulars of this situation.  They claim that obituaries should highlight the best aspects of a person’s life—they should be a warm and loving send-off.

There may be something to this.  If it is important to respect the dignity of the recently deceased, then, perhaps, in their final public send-off we should focus on their most positive features.  On the other hand, some might argue that this commitment to refrain from “speaking ill of the dead” is purely superstition. People who take this position might say that it is not wrong to report a fact that is true and well known to the public, even if that fact casts the recently deceased in a less-than-glowing light.

The metaphysical beliefs of the LDS faithful add an interesting moral wrinkle to this case.  Mormons believe in eternal life, after all, so in speaking ill of the dead, we are speaking ill of a person who still exists and still has the capacity to understand what is going on here on earth.  So, if it really is true that the statements made in the obituary were inflammatory, on their view, Monson must endure them without any recourse to defend himself against them.

Some opponents might argue that, in the place where Monson currently is, he is beyond caring about a petty problem like how he was portrayed in his obituary in one news outlet.  They might argue that an apology and a rewrite are morally required nevertheless.  Though Monson might not be personally harmed, the obituary is disrespectful to faithful members of the LDS church.  This was their leader, and respect for their religious tradition requires that his death and their state of grief be respected.

On the other hand, a very specific religious worldview seems to be painted into a picture like that.  Not all Mormons share the same views, and some object to policies enacted under Monson.  Many people, including faithful Mormons, were seriously offended by the policies that the LDS church supported during President Monson’s tenure.  For example, the article mentions that the movement to ordain was squashed under Monson’s leadership and the movement’s most vocal supporter, Kate Kelly, was excommunicated.  This brought about dark days for many women who considered themselves LDS but desperately longed for the church to move into the 21st century and make both the priesthood and leadership positions accessible to all Mormons, regardless of their gender.  This event signified something substantial to a lot of people, and those people might have found its omission from the obituary objectionable.

Similarly, members of the LGBT community found policies enacted during Monson’s presidency to be deeply troubling.  After the Supreme Court’s decision on gay marriage, the LDS church issued a statement that contained a policy change.  The statement reaffirmed the church’s stance that same-sex marriage is apostasy.  It also announced that the children of parents in a same-sex marriage could not be baptized unless they renounced their parent’s marriage as apostasy.  At first glance, one might not think that this policy actually affects very many children, but there are children who have divorced parents, one of whom is now in a gay marriage, the other of whom is still Mormon.

This new policy makes things very awkward for these children.  The policy still might be viewed as objectionable, even if it only affects a very limited segment of the population because it is, at its core, discriminatory.  Again, many members of the LGBTQ community, both inside and outside the church, found the statement and policy change offensive and dehumanizing and, for members of these populations, it would be viewed as inappropriate to leave these policy facts out of an obituary for Monson.

A further consideration concerns the proper role of the media in the event of the death of a public figure.  It may well be true that most obituaries of private citizens paint the life of the deceased in a positive light.  But private obituaries tend to be written by and paid for by the family members or friends of the dead person.  When public figures die, it may be the case that reporters are obligated to report on the aspects of the life that were the most newsworthy.  This would involve reporting on the major controversies in which the person may have been involved.

Many readers of Monson’s obituary were concerned that the writer was clearly anti-Mormon.  This conclusion is likely too hasty.  It may well be that a similar obituary would have been written for any public figure embroiled in controversy.  Though there may be room for debate on whether, all things being equal, morality requires that obituaries be written in a positive light, it is a fact that reporters don’t at present follow a moral principle of that sort.  In a particularly noteworthy case, Hunter S. Thompson began his Rolling Stone obituary of President Richard Nixon in the following way: “Richard Nixon is gone now, and I am poorer for it. He was the real thing — a political monster straight out of Grendel and a very dangerous enemy. He could shake your hand and stab you in the back at the same time. He lied to his friends and betrayed the trust of his family. Not even Gerald Ford, the unhappy ex-president who pardoned Nixon and kept him out of prison, was immune to the evil fallout. Ford, who believes strongly in Heaven and Hell, has told more than one of his celebrity golf partners that “I know I will go to hell, because I pardoned Richard Nixon.”