Tax Reform and the Value of Economic Equality: Part Three 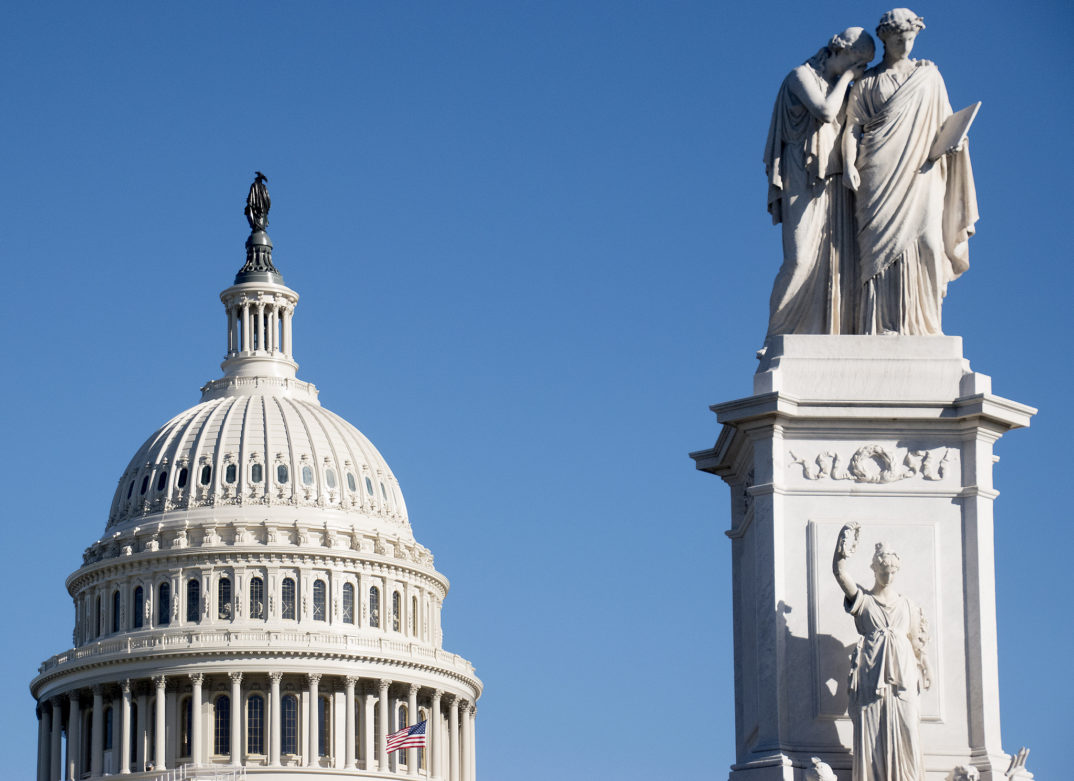 “Peace Monument and Restored Dome — Capitol Hill, Washington DC” by Ron Cogswell is licensed under CC BY 2.0 (via Flickr)

Egalitarianism is the assumption behind the criticisms of the recent Republican tax reform legislation (“The Tax Cuts and Jobs Act”) that were presented in the first two parts of this series. Egalitarians of all stripes believe that all persons deserve equal moral consideration. Unequal treatment is the exception and needs justification. Egalitarians disagree on what is required by equal moral consideration. Most egalitarians would criticize the Republican tax legislation for disproportionately benefiting the rich and exacerbating economic inequality in the United States.

The argument in Part One held that economic equality was itself desirable, while the argument in Part Two held that a more economically equal society is desirable because it would promote a society where everyone was treated as equal citizens. Both arguments presume that all persons deserve equal consideration in policy decisions; they just disagree what that consideration would entail regarding the distribution to tax benefits and burdens.

Now consider the possibility that the basic egalitarian assumption is false. The tax reform legislation may have other problems, but exacerbating inequality would not be one of them. Though it may seem intuitive, egalitarianism has not been the norm in the history of prevailing political ideologies of the West. John Kekes, one of the few political philosophers today that question egalitarianism, argues against it in part based on the huge variabilities in ability among persons. “How could it be reasonable,” he asks, “to treat everyone with equal consideration in light of the great human variety of intellectual, emotional, and moral capacities and performances; of strengths and weaknesses; of excellences and deficiencies; of religious, moral, and aesthetic views; of personal projects, ideals, and relationships, and so forth” (in The Illusions of Egalitarianism, p. 68; Cornell University Press: Ithaca and London). These differences concern areas of life of moral importance, and they justify unequal treatment. Since these differences are the norm, rather than the exception, it is wrong to make equal treatment the norm rather than the exception.

Further, most texts on egalitarianism do not provide a clear and secular defense of the basic assumption of equal moral consideration behind the theory. Rather, its truth is considered obvious. The American Declaration of Independence reads, “We hold these truths to be self-evident, that all men are created equal, that they are endowed by their Creator with certain unalienable Rights, that among these are Life, Liberty and the pursuit of Happiness.” The problem is that these “truths” do not appear self-evident, at least not to all people. Admittedly, the Declaration of Independence is a political document, not an extended philosophical treatise. However, many prominent egalitarian philosophers have also sought to characterize equal moral consideration as obvious, intuitive, self-evident, or unquestionable. This does not mean that egalitarianism lacks a rational foundation, but contemporary egalitarians would do well to try to fill in this gap in their theory.

Harry Frankfurt proposed a different standard of justice to replace egalitarianism. He called it “the doctrine of sufficiency” (also labeled sufficientarianism): “What is morally important with respect to money is for everyone to have enough” (from “Equality as a Moral Ideal” in The Importance of What We Care About: Philosophical Essays).  A sufficientarian would not assess the moral legitimacy of the distributional effects of tax reform according to the relative level of wealth it would create. For Frankfurt, the existence of billionaires is not itself a moral problem, no matter how skewed the wealth distribution is. What matters is how people fare on an absolute scale. Does every individual person or family have enough money/resources/respect/etc. to thrive?

Frankfurt admits that what counts as “enough” needs substantial elaboration, but lack of clarity on this point does not cast doubt on his basic point that the morality of a distribution of income should be measured on an absolute scale rather than a relative one. Frankfurt contends that when people express concern for economic inequality, what they really find morally objectionable is that some people are not left with enough money and resources to live a comfortable fulfilling life. That is, poverty is morally objectionable, not economic inequality as such.

Frankfurt notes that “we tend to be quite unmoved, after all, by inequalities between the well-to-do and the rich.” This rings true in the current discussion. In fact, wealth inequality in the US has grown the most in the past few decades between the 1 percent (the top percentile of income earners in the US) and the 0.01 percent—the gap between mere single-digit millionaires and the insanely rich billionaires. We do not feel sorry for the “lowly” single-digit millionaires precisely because they have plenty of resources to thrive. That 13.5 percent of Americans were estimated to live in poverty in 2015 seems to have more moral relevance. The presence of billionaires in American society indicates that we have enough resources to drive the poverty level down to zero. If some billionaires remained after we did eliminate poverty, I’m not sure we would mind this so much.

To return to tax reform, a concern for poverty, or some other absolute standard of sufficiency, rather than equality changes our estimation of what desirable tax reform looks like. Republican boosters of tax the reform claim that huge cuts in corporate tax rates will spur investment in the American economy and lower the unemployment rate. More people with jobs will translate to fewer people in poverty. So what if some rich investors get even richer at the same time? Now I claim no expertise in evaluating the likelihood of these projections, and certainly, numerous outlets have suggested they are far too rosy estimates. However, discussion over the effects of tax legislation on poverty levels shifts the debate away from the egalitarians’ preferred relative scale of inequality towards an absolute standard of sufficiency.

Can moral standing really be reduced to a weighing of the consequences?
Dustin Crummett
|

On what grounds should we deem an entity worthy of personhood and all the moral and legal considerations that come with it?
Benjamin Rossi
|

What Does It Take to Make an Apology?

What exactly are others owed when we find ourselves in the wrong and intend to make amends?
T. Parker Haratine
|

What If You Aren’t Sure What’s Moral?

How do we settle on a course of action when we aren't convinced by any particular ethical framework?
Giles Howdle
|