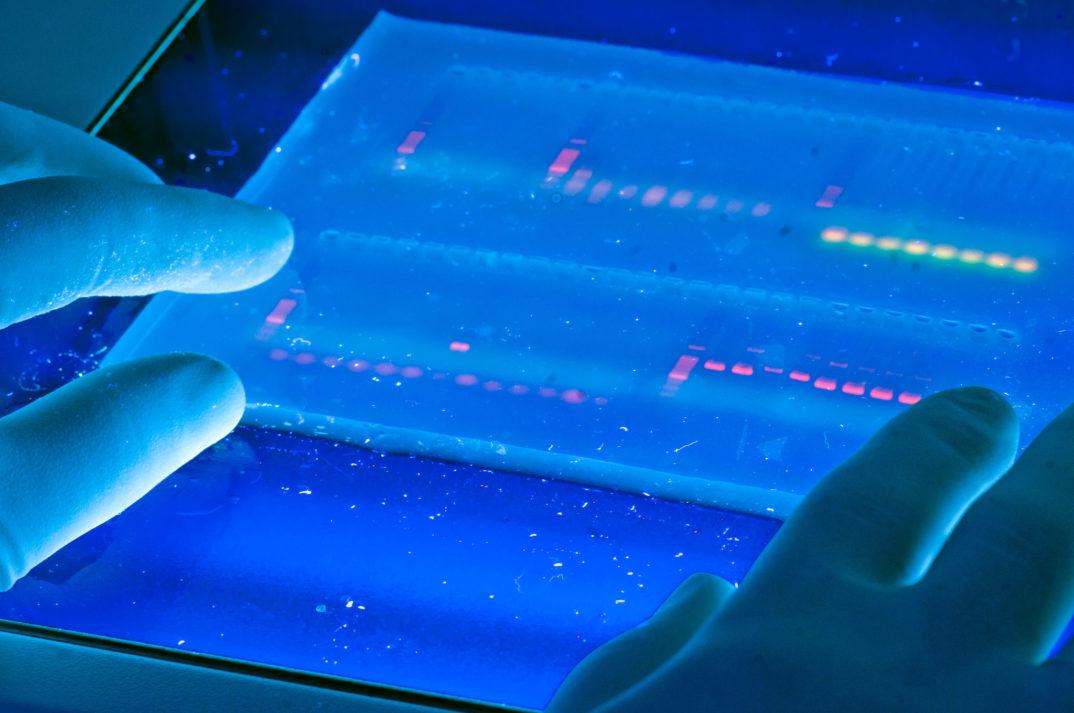 As our understanding of the human genome improves, pathways leading in the direction of new and powerful technologies are cleared.  In recent years, scientists have developed a new technique called CRISPR, which allows them to edit the genome—adding, subtracting, or deleting pieces of genetic code.  This process has the potential to bring about significant changes in human health.  CRISPR could prevent children from being born with a wide range of painful or life-threatening conditions.  So far, scientists have used this process in attempts to prevent blood disorders, allergies, heart disease, and to mutate the genome in such a way that the resulting person is less likely to get HIV.

The arguments in favor of genetic manipulation are compelling and reasonably straightforward.  Many diseases and disorders cause immense amounts of suffering.  The idea that we should strive to prevent as much suffering as possible for future people is fairly intuitive.  If it is under our control to bring about less suffering in a human life than they would have endured had we not intervened, it seems like it wouldn’t simply be merely permissible for us to do it.  Intuitively, if it is in our power to make such a difference in a person’s life, we are morally required to do it.  A similar argument applies to cases in which we can make a future person’s life longer.  Assuming that the person in question has a life worth living, if we can put them in a situation in which they could live a longer life full of more positive experiences rather than fewer, we are morally obligated to do so.

On the other hand, the idea of manipulating the genetic code of a future person makes many people very nervous, and there are good reasons for them to feel that way.  First of all, it is impossible to make genetic modifications like this without bringing some system of values to the table.  Scientists have to have an idea in mind about what ways of living are objectively good and what ways of living are objectively bad.  A central moral value that most human beings prize is the ability to decide for themselves what a good life consists in.  Some are concerned that genetic modification makes some of these choices for a child before they ever have a chance to get involved.

In response, a proponent of genetic modification might argue that the future person is not being deprived of any freedom that any human being ever enjoys.  No one ever gets to pick the genetic circumstances in which they are born. No one can give informed consent at this stage. There is no reason to think that the way a person would have been born had scientists not intervened is morally superior in any way to the way they would be born as a result of the intervention.  In fact, the suggestion that a person’s natural genetic code is always superior to a modified code commits the naturalistic fallacy—it assumes that the way things naturally are is the way things ought to be.  Proponents of genetic modification suggest that rather than assuming that a person’s natural code is better simply because it is unmodified, we should identify a range of suffering we think ought to be prevented and work from there.

There are further concerns, however.  When we open the door to humans bringing their values to bear on genetic modification, there is much potential for abuse.  Lives can be good for many reasons, and it is far from clear that a wide range of conditions should be prevented at all.  Many members of the deaf community, for example, don’t view their condition as a disability.  A similar movement exists in the community of people with Downs Syndrome.  Flourishing human lives can take a wide range of forms, and we all come closer to flourishing when we interact with a diverse group of people.  Genetic diversity is valuable.  We know that genetic diversity happens when we do things the natural way, so why get in the way?

There is also a concern worth listening to concerning stigmatization.  What does genetic modification to prevent against certain conditions do to people who are currently living with those conditions?  Opponents of genetic modification are concerned that stigmatization and otherizing will increase among currently affected populations when they have a condition that scientists now have a policy of selecting against.

Advocates of the technique might respond by saying that, of course, stigmatization is no part of their goal.  We should do everything we can to ensure that affected populations are treated with respect.  It doesn’t follow, however, that we ought not improve the situation of future generations in an effort to avoid harming current generations.  If that were the way we are morally obligated to proceed, then it follows that it was morally unacceptable for us to develop and administer vaccines for the world’s most deadly and painful diseases.  Vaccines have made lives longer and better for countless people.  Genetic editing has this potential too, and that potential is not outweighed by stigmatization.

A further concern is that, under the right conditions, nefarious values could be employed as part of a program of genetic editing.  Political conditions often change rapidly and completely.  It would be morally unconscionable if genetic editing selected against minorities with respect to features like race or sexual orientation.  We can’t be certain that this technology won’t fall into the wrong hands.

Advocates of the technique might reply that this reasoning applies to most important technological advancements.  We shouldn’t stifle progress because we are worried that someone will use the technology inappropriately.  The development of the technology carries with it an obligation to do everything possible to prevent such a thing from taking place.

Finally, some people are worried that this type of editing shouldn’t take place unless the scientists know for certain what will happen to a genetically edited human being.  Fetuses shouldn’t be used as, essentially, lab animals. This type of problem is especially pronounced because genetic altering has ramifications, not just for the life of the one individual who has been genetically altered, but also for their offspring and the gene pool a whole.

In the United States, research of this type can’t take place until the relevant ethics committee has approved the proposal.  The same is not necessarily true in other countries.  The resultant situation is one in which we can’t be confident that, globally, scientists will make use of this technology in a way that ensures that the crucial moral dimensions of the issue are taken seriously.