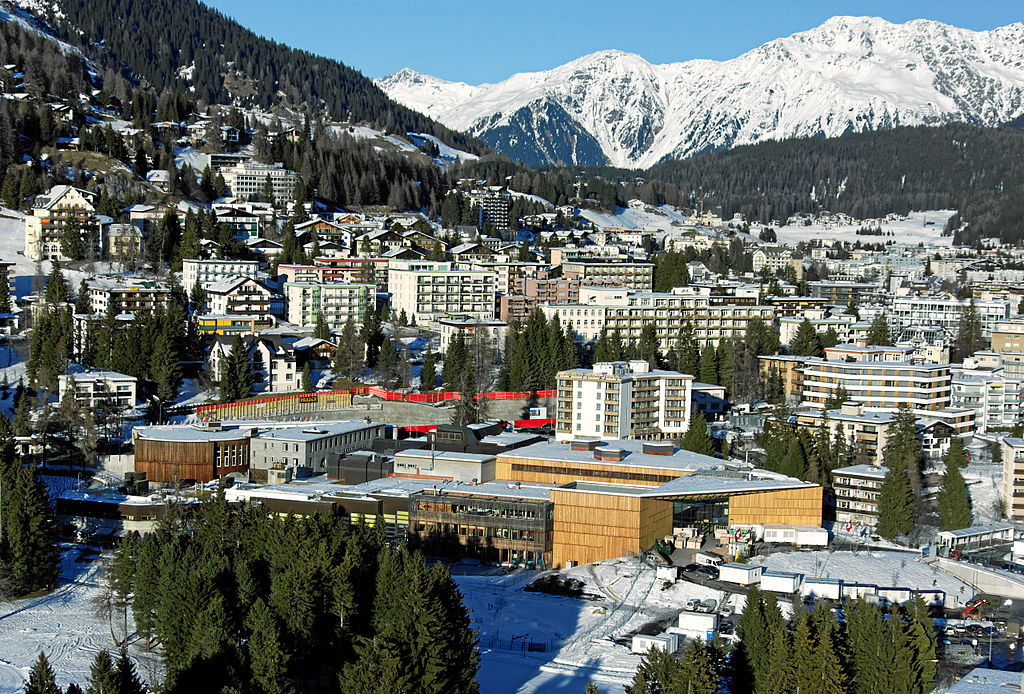 “Davos Congress Centre” by MadGeographer is licensed under CC BY-SA 2.0 (via Wikimedia Commons)

Donald Trump, Angela Merkel, Narendra Modi, and many other world leaders, CEOs, celebrities, and influencers will gather this week in a beautiful ski resort in Davos, Switzerland to attend the 2018 World Economic Forum. This gathering started in 1971 as a small conference attempting to teach underperforming European companies American management techniques. Since then, the Davos Forum has established itself as the most important world gathering where the world economy is tested, evaluated, and planned.

Last year’s forum was one of the most interesting international events of the last year, with the world turning its attention to the election of Donald Trump running an anti-globalization campaign, and Xi Jinping announcing a new era in global trade. Jinping used the forum to position China as the frontrunner of global trade and to go directly against President Trump, saying, “There’s no point blaming economic globalization for the world’s problems.”

However, the forum has often been protested by the critics as an elitist and plutocratic gathering of the world’s wealthiest. One of the loudest critics of the Forum, professor Branko Milanovic a leading scholar on income inequality at Graduate Center City University of New York. continues to point to the hypocrisy of the wealthy elites that “speak the language of equality, respect, participation, and transparency,” but never do anything about it. For similar reasons, protests have been announced at the venue on the day when President Trump is scheduled to arrive. However, due to severe weather conditions, they were not allowed by Swiss authorities-surely a good news for some participants.

This year’s forum topic is “Creating a Shared Future in a Fractured World.” The 2018 forum seems to appeal to addressing the blurred geopolitical status quo across the world, the massive economic difference between the rich and the poor, climate change, and the undergoing technological advancements that will completely change the world economy. After years of economic recovery and lack of discussion on these topics, it seems that the world’s richest and most influential actors have noted the existence of the problem. However, will they truly work to solve it? Will the Davos summit truly address the issues of the world economy? Do Davos-like summits serve as the networking events for the richest to extend their wealth while promoting better economic distribution of wealth? Are the leaders truly ready to step in, roll up their sleeves and dig into what will certainly be one of the most difficult discussions in the modern age on how to ensure a better future for everyone, not only elites?

On the one hand, we can expect diplomatic classics, such as recognizing the severe state of the economy in some parts of the worlds, to promoting a truly better world allowing everyone to participate. On the other, we can surely expect some shocks. President Trump is planned to attend the summit as the first president after Bill Clinton. Predictions are that  President Trump is going to further his America First agenda, a move seemingly counterproductive on a forum that embodies promotion of global trade. Even in these sentences, it is clear that the focus is not placed on the topic at hand, but rather on who will say what in an era of complete uncertainty. Speeches are expected from all important world leaders, but solutions are not. Thus, it seems fair to claim that these forums are not much more than opportunities for big business leaders to lobby, advance their agenda, and avoid accusations of accumulation of wealth.

While there are reasons to criticise the forum, there is an important point to be made about its effectiveness in setting the agenda. This process is especially important as this year’s summit is for the first time solely co-chaired by seven women. Last year’s panels were exclusively male-dominated, so this year comes as a surprise to many. The number of women in the forum is also increasing, from 9 percent in 2002 to 21 percent in 2018. Certainly, these numbers must be higher, as women are without a doubt a crucial part of the world economy. This year’s forum might be a step in the right direction in discussing the issues of the gender pay gap and gender inequality in the business sector. Surely, the forum will need to do more in order to wash down the elitist stigma, but acknowledging that things are slowly progressing should be imperative.

There are a great number of similar issues that the WEF needs to address, and many moves that leaders should announce for the general public to believe that these types of gatherings are not solely for advancing corporate interest while completing ignoring the worker’s position. In part, public attention to the forum could be one of the mechanisms to keep in check world leaders and corporations. Most importantly, once the forum participants truly show a sign of genuine concern for the world’s wealth gap and problems of a similar nature, it will be able to ensure the world that it is more than just another summit.