Are Zero Tolerance Policies the Solution to Sexual Misconduct? 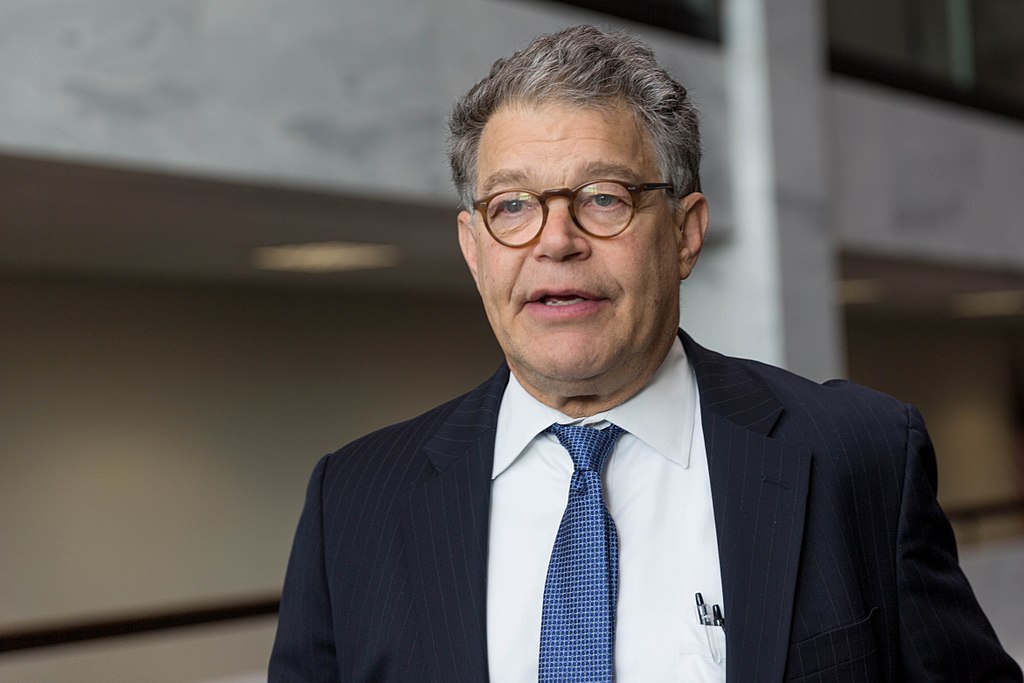 The magnitude of the problem was highlighted by the “#metoo” campaign, during which millions of people revealed on social media their experiences with sexual assault and harassment.  It seems that, at last, there are real consequences for this kind of behavior.  When sexual misconduct allegations were raised against Kevin Spacey, he lost his position on House of Cards, has been replaced by Christopher Plummer in Ridley Scott’s All The Money in The World, and has been dropped from Netflix’s Gore Vidal biopic, Gore. Abuse and harassment claims against producer Harvey Weinstein and comedian Louis C.K. have generated similar backlash.  The actions being taken by the entertainment industry in response to these kinds of cases lead many to hope that the climate of sexual misconduct is finally changing.

Politicians are also facing sharp public criticism for alleged sexual misconduct.  Former comedian and current Democratic Senator Al Franken has been accused by four different women of inappropriate touching during photo shoots and political events.  In one shot taken many years ago, Franken appears to grope the breasts (or at least come close to doing so) of a sleeping morning news show anchor, LeAnn Tweeden.  In response, Franken claimed that the photo was an attempt at humor, but that he can see now that it wasn’t funny, adding that, “it’s obvious how Leeann would feel violated by that picture.”  Franken apologized to Tweeden, and Tweeden accepted that apology. In response to the other reported incidents, Franken contends that he doesn’t remember the events described, but feels badly that he might have made the women involved feel uncomfortable. In response to these allegations, some people are calling for Franken’s resignation.  Celebrities like Alyssa Milano and Mark Ruffalo are calling for a zero tolerance policy for this type of behavior.

There is, of course, a palpable irony in the fact that this new lack of tolerance for sexual misconduct comes at a time when the president of our country was elected after evidence of sexual misconduct came to light. When pressed on the difference between the cases involving Franken and those involving Trump, White House Press Secretary Sarah Huckabee Sanders remarked, “I think in one case specifically Sen. Franken has admitted wrongdoing and the president hasn’t. I think that’s a very clear distinction.”  Of course, it would be difficult to live in the United States and be unaware of the Access Hollywood video, in which Trump reports to Billy Bush that his wealth and fame make it possible for him to kiss women and even grab them by the genitals without their consent.  To many, that sure sounds like a confession, or, at the very least, an endorsement.

Sexual harassment allegations have also taken center stage in the race for a senate seat in Alabama.  Judge Roy Moore has been accused of sexually harassing multitudes of young women in the 70s, while Moore was in his early thirties and the young girls were in their early teens. Moore has, for the most part, denied the allegations, but admits that he may have dated some teenagers when he was in his thirties. Some republicans have called for Moore to withdraw from the race, but plenty of others, including the president, have continued to offer Moore their support.

This issue is morally complicated.  What’s more, the claim that the issue is morally complicated is, itself, morally complicated.  Champions of victims of sexual harassment and assault want to maintain, and not without some justification, that all instances of sexual assault and harassment need to be dealt with in the same way—the person involved should promptly and completely forfeit the position of power that they have over others. The idea that our public figures should be good role models goes all the way back to Aristotle, who argued that we learn to be virtuous or vicious by habituation—we copy behavior that we frequently see. If we want to raise generations that value consent in an absolutely unqualified way, we need public figures to demonstrate a similar commitment.  In light of these considerations, zero tolerance policies seem justified.

On the other hand, zero tolerance policies have a way of ignoring moral complexities.  Moral dilemmas wouldn’t be dilemmas if they were easy to resolve.  In this particular type of case, it is unpopular to even cast the situation as a genuine moral dilemma.  But there is further moral complexity involved here, whether it is popular to say so or not.  To start, all parties should agree, without reservation, that non-consensual sexual conduct of any type is an offense that should be completely eradicated.  That’s not the part of the issue that’s complex—it’s the aspect of the case about which all decent, reasonable people should agree.  There are, however, other moral considerations that we take seriously in other types of moral decision-making, and there is no principled reason why they shouldn’t also be taken seriously here.

The first concern turns on the principle of fairness.  In other cases of moral decision-making, fairness is understood as a basic principle deserving of moral consideration. Zero tolerance policies treat all cases of sexual harassment in exactly the same way.  Is doing so really fair? Ought we to treat Moore and Franken, or Weinstein and Louis C.K. in the exactly same way?

To generate unbiased intuitions on this point, let’s, for a moment, abstract away from discussion of sexual misconduct and discuss basic intuitions concerning crime and punishment.  Typically, when one person commits an offense against another person, our attitudes about justice are that the punishment for the offense should be proportional to the harm that is done to one person by another.  There would, indeed, be some aspect of our assessment of the situation that would involve simply answering a yes/no question.  That aspect would be, “has one person harmed the other?”  But, of course, that wouldn’t be the end of the story.  To determine the severity of the punishment, we’d have to ascertain how harmful the behavior in question was.  The suggestion that all instances of sexual misconduct should be treated equally doesn’t lend itself to this type of analysis.  It provides us with no tools, at least in the domain of the court of public opinion, to adjudicate between the most severe cases of sexual misconduct and the less severe cases (again, bearing in mind that there are no cases of sexual misconduct that are appropriate).

The American justice system, at least in its ideal manifestation, treats due process as fundamental to justice.  So, again, in cases in which there is an allegation that one person harmed another, the presence or absence of due process is always a morally relevant consideration.  In cases of this type, the moral considerations involved are incredibly thorny.  On one hand, there is some natural inclination to believe the accuser, come what may.  When victims suspect that they won’t be believed when they come forward with their allegations, they often don’t come forward.  Perpetrators are then given space to victimize others.  Rape culture oozes its toxic presence still further.  On the other hand, fundamental principles of justice demand that a person should have the opportunity to hear and respond to evidence against them before they face the consequences for crimes that they may or may not have committed.

A third, crucial moral dimension of this case, at least when it comes to politicians, has to do with the role that government plays in the lives of its citizens.  Many thinkers, including prominent philosophers like Jeremy Bentham and John Stuart Mill, have argued that the proper role of government is to provide for the well-being or happiness of its citizens.  Considerations about well-being can come to larger heads with Aristotelian concerns about having perfectly virtuous role models. Some politicians who have not behaved perfectly virtuously throughout the duration of their lives are, nevertheless, contributing substantially to the well-being of society in a way that another elected representative may be less likely to do.

Consider two candidates: Candidate A and Candidate B.  Candidate A has, in the past, directed unwanted sexual remarks toward several women.  He doesn’t engage in this behavior any longer.  Candidate B, at least to our knowledge, has engaged in no such behavior.  Candidate A supports policies of equality for women and advocates for their political rights to control their own bodies.  Candidate B does not support a similar set of policies.  In fact, he supports an opposing system.  We can imagine that Candidate A and Candidate B are similarly divided on issues such as access to affordable health care, immigration policy, and attitudes toward war and aggression.  Let’s stipulate, just for the sake of example, that Candidate A’s total policy package is more conducive to the well-being of the country than the total policy package of Candidate B.  Should we give Aristotelian considerations about character traits—essentially, considerations about being a good role model—more weight than the considerations pertaining to overall well being involved, particularly for women?

Getting back to the specifics of this case, those who want to advocate zero tolerance policies in all cases, regardless of the particulars, will have to realize that such policies may bring with them significant political losses, including in the very area—respect for women and their choices—that we are trying to protect in the first place.

These cases must be treated delicately and with great care.  There is much potential for harm of various types involved.  The above discussion does not constitute an endorsement of any particular policy with respect to this issue.  Rather, it has been an attempt to highlight that a complex moral issue does not become simple by mere stipulation.