Bathrooms and the Board of Trustees: The Ethics of DePauw’s Restroom Protests 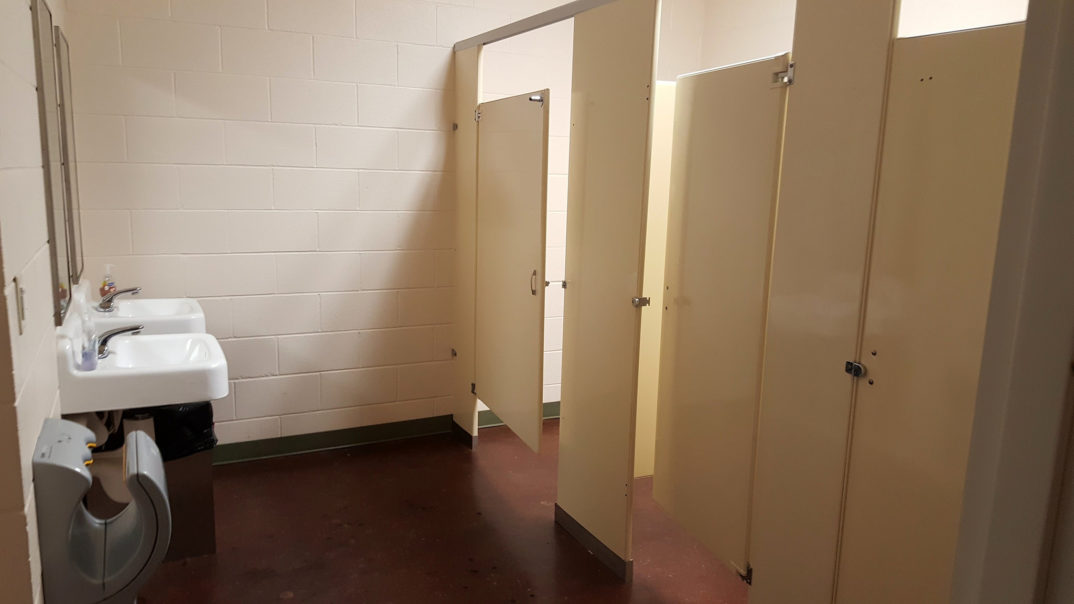 In a recent newspaper article for DePauw University’s student newspaper, Madison Dudley interviews five DePauw seniors about their decision to begin a petition. This petition implores certain members of DePauw’s Board of Trustees to end their support of politicians who “support laws that can be interpreted as regulating women’s bodies, fail to protect DACA students, and support the recent Republican tax plan.” The petition campaign was accompanied by posters hung in women’s bathrooms in every stall of every academic building on campus. Each poster pictures a conservative politician’s face, with information about the petition and the expression “He might as well be watching you pee.”

Though this campaign began for a class project, it has quickly transformed into a large controversy on campus, with posters being ripped down and defaced by students. In the December 6 edition of DePauw’s student newspaper, the College Republican Executive Board, which is majority female, wrote an op-ed piece voicing their dissent to the campaign. The College Republicans assert that the petition was not only against DePauw’s values, but that the campaign itself was presumptuous about the values of the members of the board of trustees.  What can explain the controversy surrounding this campaign and these posters? Is hanging pictures of men’s faces in women’s bathroom stalls a violation of privacy and the right to feel safe? Did the campaign align with feminist values? And was it reprehensible to target only women for this campaign?

A large reason for this campaign was not necessarily to promote a feminist “agenda,” but rather to inform students about the contradiction between DePauw’s policies and actions. The petition itself states that “DePauw says that they support women and people of color, stand with DACA status students, and advocate for institutions of higher learning,” and one of the seniors heading the campaign explained “the values DePauw says we hold are counter to what we put into politics.”

However, it seems like a large portion of the disagreement about the posters was not the message, but the method, with both liberals and conservatives quick to criticize. Questions of bathrooms as a sacred and private place for women have been extremely heated and divisive in the past year, with debates about whether or not transgender women should legally be allowed to use the women’s bathroom. Though this debate is different, it still poses the question of what, and who, should be allowed in a women’s restroom. The campaign used cut-out faces of male politicians, with their eyes staring directly into the camera, at the viewer. Some might find these posters violating and might argue that it is wrong to target women specifically or make them feel uncomfortable to advance any agenda.

Is there a right and a wrong way to practice activism, specifically feminist activism? Obviously, these posters made an impression, and arguably relied on shock value, but some might argue that is what is needed to draw people’s attention to an issue.

This issue is not isolated to DePauw, or feminism, and can be seen across a number of other movements. Take, for example, GreenPeace’s 2015 defacing of a UNESCO World Heritage Site in order to promote clean energy, or Colin Kaepernick’s recent kneeling during the national anthem to protest police brutality and mass incarceration. However, some have argued that only those within movements have a right to criticize their methods. In an article in the Huffington Post, Francis Maxwell argues that a group’s message might unfairly influence the criticism of its message, and that for right-wing conservatives, there will never be a “right” way to protest when you are either a person of color. Some people draw the line of activism at the destruction of property, while others lend it all the way to the physical harm of people. But whether or not these methods are right or wrong also might be influenced by their end goal. Is radical activism justified if it achieves a morally admirable result?

Furthermore, is targeting only women truly fighting for feminist causes? While one of the seniors stated that “the project was twofold…it’s disseminating information to the student body,” by targeting only women, perhaps the campaign was simply meant to inform women. However, this intention may have been lost in translation, since the campaign was so shocking. Though some of the issues mentioned in the campaign were not limited to women, the issues listed on the poster as well as the slogan, ‘He might as well be watching you pee’ seems to address women in particular, and convince them that their privacy and autonomy is being violated.

However, while some support encouraging women to fight for their rights, others may believe that it’s inherently unjust to put this burden on anyone, let alone women. But that still leaves the question: Shouldn’t it be the perpetrators or those complicit that are responsible?

This question has been a reoccuring theme in discussions about sexual harassment and assault in particular, with waves of criticism hitting the #MeToo movement. In an article titled “The Problem with the #MeToo Campaign,” Megan Nolan examines why exactly the campaign makes her feel less empowered to make a change. She writes that, “The problem, really, with all of it is how violently present the victim is forced to be in the narrative, and how utterly passive the perpetrator.” Nolan’s logic could be applied to the bathroom stall posters, since women, who are the victim of policies that limit their bodily autonomy, are the ones being targeted, and in some cases made uncomfortable by the campaign. A possible response to this is that the intention was not to harm women, but instead to spread awareness of these issues specifically to women and to mobilize them, but Nolan also has something to say about such a justification. She explains that “Awareness of the scale of abuse does not address these problems. The simple fact is, I have no idea how to address them. They are unimaginably ingrained in the foundations of our society. The condition of being sexually oppressed is the condition of womanhood itself.”

Perhaps the best way to determine the right way to protest is to ask those within a movement itself. In this case, there were even people who agreed with the overall message who felt the ends didn’t justify the means. On the other hand, those supporting the message may respond that the campaign was successful, because it drew attention to an issue and got people talking.

Though some might be quick to chalk this up to identity politics, this issue is much more nuanced than that. Within activist contexts, methods can be just as important as messages in attracting and retaining supporters and ensuring inclusive dialogue.