The Dangers Posed by Kevin Spacey’s Coming Out 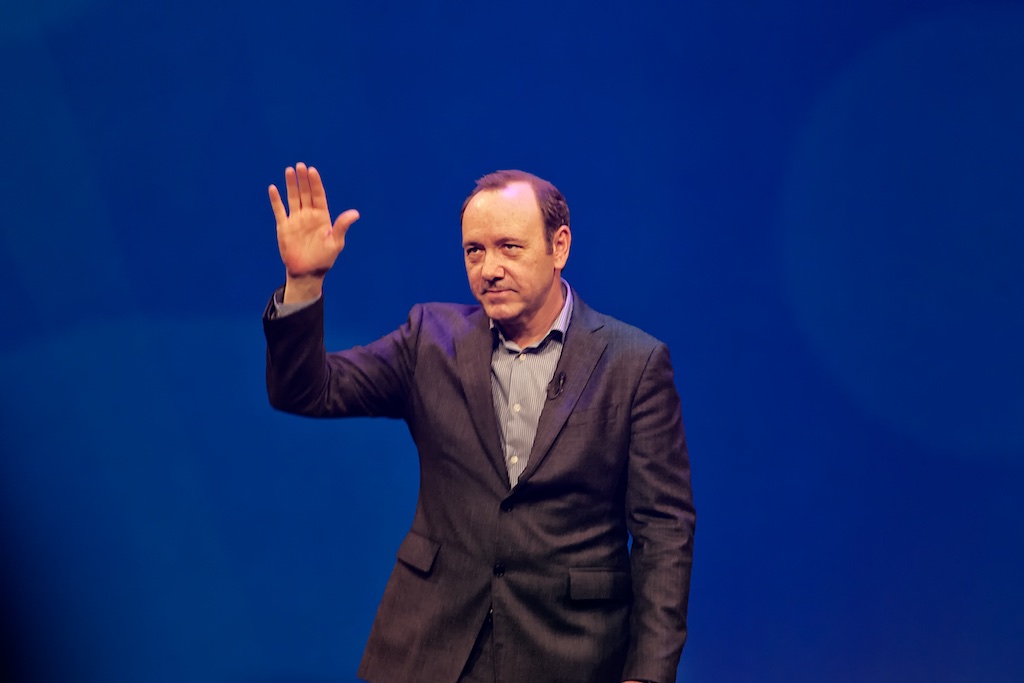 “Kevin Spacey” by Paul Hudson liscensed under CC BY 2.0 (via Flickr)

Within hours of the article being published, Spacey tweeted an apology to Rapp. Spacey said that he was “beyond horrified” to hear Rapp’s story, and went on to write “I owe him the deepest apology for what would have been deeply inappropriate drunken behavior.” Later in the response, published after midnight on Twitter, Spacey goes on to say that this experience has pushed him to reevaluate parts of his life, and said that “I choose now to live as a gay man.”

While there are many concerning issues with these accusations, one of the most problematic is that Spacey used this moment to come out as a gay man. Perhaps Spacey felt as though he was clarifying something about his life, and potentially there are people who would sympathize with him due to his confession. Spacey, who has been notoriously private about his personal life, might have been trying to add some transparency to the story. He also admitted in his tweet that he has had relationships with both men and women, but finally came out as explicitly gay, which is a rare admission for the actor.

However, by coming out amidst his sex scandal, Spacey plays into some harmful stereotypes around gay men, despite whatever his intentions were. And the effects of his coming out have ultimately played into the historical oppression of the LGBTQ+ community.

In the 1970’s, Anita Bryant, a singer and then-spokesperson for the citrus industry in Florida, began to capitalize on growing anti-gay sentiments in the United States, saying that LGBTQ people were “dangerous.” In 1977, Bryant campaigned in Florida to remove an anti-gay discrimination ordinance in Dade County, naming her group “Save our Children.” She suggested that gay teachers would take advantage of students due to their sexual deviancy. It is impossible to ascribe pedophilia to a specific sexuality. But Bryant wrongly encouraged one of the most harmful stereotypes against gay men, implying that homosexuality is deviant and can lead to pedophilia.

When Spacey came out as gay in response to being accused of sexual advances on a minor, he reinforced this stereotype of gay men as pedophiles. And thus, his actions are in line with Bryant’s false accusations, which some use to justify homophobic behavior; by choosing this time after the sexual assault accusations as a moment to come out officially, he continues to falsely link gay men to pedophilia, which works against the efforts of various LGBTQ+ activists.

Additionally, it has been speculated that Spacey picked this moment to come out in order to distract from the sexual assault accusations. Spacey, who has often avoided talking about his sexuality at all, might have used it as a means to change the way the narrative of his sexual assault is being discussed, hoping that more focus will be placed on his coming out rather than the accusations. For example, according to Beastly, ABC News published a story originally titled, “Kevin Spacey comes out in emotional tweet.” Changing the focus that news organizations would have while publishing information about this story deeply trivializes the experience of victims of sexual assault. Additionally, this brings up questions of what new sources should focus on when covering complex issues. What details are most important that they should be placed within the headline of a story? Should headlines be new pieces of information that follow developing stories, or should they focus on the larger story?

Most recently, Spacey has reported he is seeking treatment, but what for specifically has yet to have been published clearly. However, more men continue to come forward to speak about the way that Spacey has inappropriately made sexual advances on them. Additionally, Netflix, the online streaming service that is the home of the popular “House of Cards” series has severed all ties with Spacey, including canceling the show, and a biopic, starring and produced by Spacey, called Gore, which was in post-production.

Ultimately, Spacey’s recent actions problematize what could be seen as an attempt at complete transparency. It also brings up questions of what should be done in regards to his work, both current and past. Should Netflix cancel just the production of House of Cards, or should they remove the show entirely? Additionally, there are questions about the way that news outlets work to cover stories, especially breaking news. Should news outlets focus on only new elements of a story, or should they focus on the larger picture? However, a central issue here is when should transparency be included in storytelling. Do we need clarifying statements in certain narratives, especially those involving assault, if they will deviate from the main focus and harm some already marginalized groups?  What should be remembered is that Spacey, a sexual predator, no matter his intentions, reinforced harmful stereotypes that the LGBTQ+ community has been fighting for years.