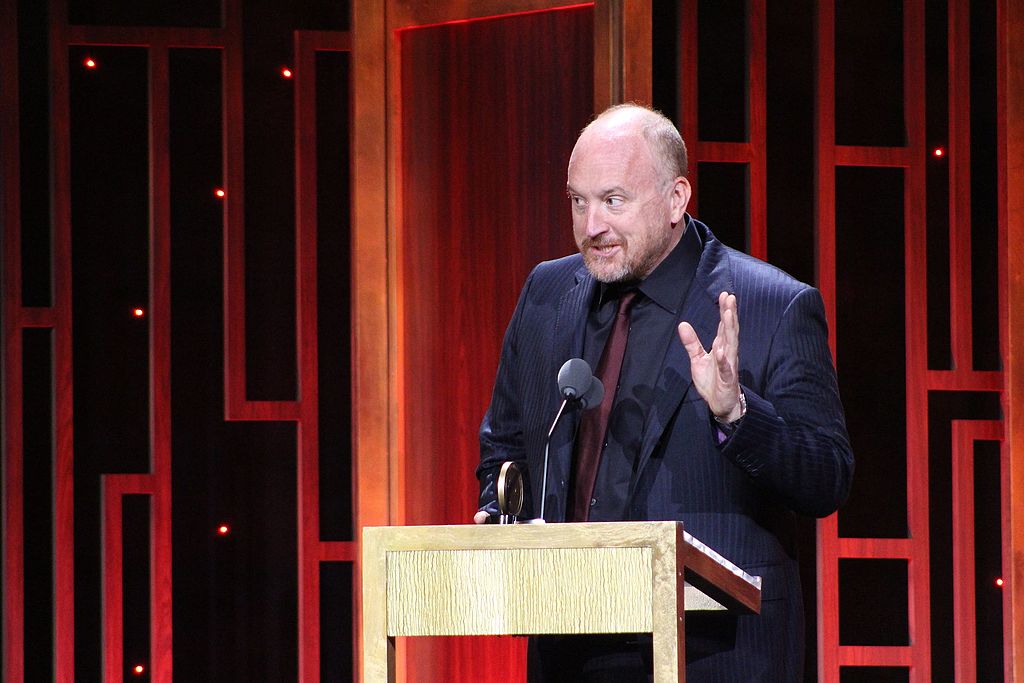 To shed some light on the issue, it is worth considering the effect such a boycott—whether or not it is thought of as such—would have on all involved parties. For C.K. himself, not watching his show would hurt both his finances and his popularity as a public figure. To consider the inverse situation, each person that watches his show contributes to his cumulative viewership, which determines advertising and ultimately the continuation of the show. Therefore, each person who stops watching because of his behavior denies him a small percentage of future financial gain and celebrity, as well as effectively denouncing his behavior. This could be seen essentially as a form of retributive justice, administered by the general public independent of the criminal justice system. On the other hand, this would also cause equal, if not greater, financial harm to all the other people involved in the production of his show: producers, writers, assistants, actors, and so on.

There are also the victims to be taken into consideration. Aside from demonstrating support, a boycott would provide no benefit for those women in particular. But by diminishing his public stature, such a move would reduce C.K.’s relative power in future situations, as well as serve as a warning to other celebrities, potentially preventing future instances of assault and harassment.

Unlike many similar scandals, C.K.’s case is made somewhat unique by his response to the situation. C.K. has issued a public apology in which he did not attempt to dismiss or diminish the allegations, but instead expressed regret and remorse. It could be argued that to release such a statement only after widespread accusations were leveled against him is still an essentially insincere move. But, as modern American society is ostensibly oriented towards rehabilitative rather than retributive justice, it would be much more in keeping to view C.K. as a reformed man—or at least a man in the process of reformation—and forgive his transgressions. In other words, to boycott his products after he has stated a desire to address his transgressions would be to act in the interest of retribution, whereas a restorative approach would be to forgive his past and hold him—and all celebrities in a similar position—to the standard he has set for himself.

There is a more fundamental question at play here: is the identity of Louis C.K., the comedian, synonymous with Louis C.K., the man? The answer to this question would inform whether his comedic persona and his work should be punished for the actions of the man himself. If they are separate, then it would make sense to allow the criminal justice system to enact justice upon the man, and therefore to treat his work as a separate entity. Perhaps it is only fair to treat an artistic product based on the work itself. An artistic or creative work would then only be punished for an “artistic crime”, rather than transgressions committed by the creator. This may be an easier idea to accept in the case of a painting or musical composition as opposed to the work of an actor, as the actor himself appears to be an integral component of the work, but ultimately it is the same issue. Actors are, at least theoretically, just as detached from their work as painters.

Of course, some actors—and some painters—are more autobiographical than others. C.K.’s case is interesting because he uses his own experiences as a primary source for his comedy. Additionally, his comedy often addresses issues like masculinity and sexuality. It could be argued that his comedic persona is entirely predicated on his image as a genuine, candid observer of society, and that the revelation of his sexual misconduct constitutes a betrayal of this image. In other words, if an actor’s career were predominantly populated by larger-than-life action heroes instead of realistic, “everyday people,” it would be easier for the audience to separate his personal life from his creative persona.  However, it is also worth noting the frequency with which C.K. jokes specifically about masturbation. Because audiences might have enjoyed these jokes in part because of the frank and absurd nature of their delivery, the nearness of them to C.K.’s actual sexual misconduct drastically alters the tone of his comedy.

The other problem that arises is whether the morality of every actor, artist, and writer should be considered in an analysis of their creations. It seems clear that actions as heinous as those of C.K. and Spacey should be enough to give pause when considering their work, but what about less severe acts, like petty theft and reckless driving? What about acts committed long before the filming of a television show, like shoplifting as a teenager? And how central to a show must someone be to be considered? It doesn’t seem fair to avoid a show because the best boy grip got a DUI. To analyze the life of every creator—even every person working on a single blockbuster movie—would be both exhausting and pointless. Most people are not absolute paragons of morality, so it would be unreasonable to expect perfect conduct from celebrities. Perhaps it would be fair to only avoid shows and movies if the actors have committed some act far beyond what we would consider acceptable, such as sexual assault and homicide.

Should we stop watching Louis C.K.’s comedy? It might make a difference in the lives of past and future victims of sexual assault and sexual harassment, but it would also necessitate a reexamination of the work of countless other actors, writers, and artists. To be effective, it would have to be more than just a brief trend, but rather a consistently applied principle.