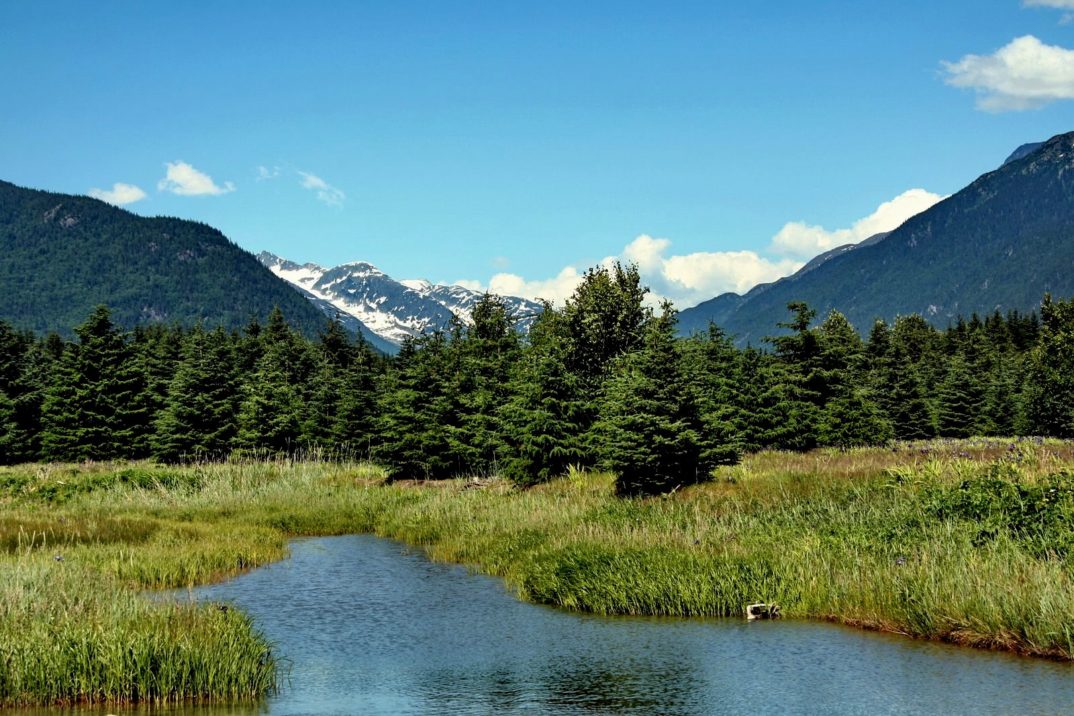 The Arctic National Wildlife Refuge sits on the northern coast of Alaska, covering over 19 million acres of what is considered the last example of pure wilderness left in the world. Home to iconic species, such as the polar bear, porcupine caribou, and the gray wolf, ANWR is a symbol to many of the undisturbed landscape that once spanned Alaska and North America. The Coastal Plain of ANWR is considered especially important, since it not only provides critical habitat to endangered species like polar bears, but is considered a sacred place for the Gwich’in people of Alaska.

On October 19, a Senate Budget Resolution passed 51 to 49. The resolution instructs the Senate Energy Committee to cut spending by $1 billion, and Alaska Senator Lisa Murkowski, who heads this committee, has made it clear that she intends to consider opening oil and gas exploration in ANWR, a decision that is arguably in the best interests of her constituents and state. Should the fate of ANWR be in the hands of Alaskan citizens or the American public? Is federally-owned land an infringement on states’ and individual rights? Is it producing geographical inequity? And does the discord between Americans and Alaskans on this issue represent a difference of belief or something deeper?

The refuge was established in 1960, but attempts to undermine its protection came less than 30 years later. Legislative attempts to open up ANWR to oil and gas exploration have been relatively common in the last 30 years, occurring in 1987, 1995, 2005, and now in 2017. A poll conducted in 2011, found that 78 percent of Alaskans support oil exploration in ANWR, despite the fact that another poll in 2011 less than half of all Americans polled supported this exploration.

Alaska is a unique state in terms of its approach to natural resource development. The Alaska Permanent Fund establishes that at least 25 percent of Alaskan natural resource extraction royalties will be placed in a fund, and that each citizen of the state of Alaska will be endowed an equal portion to be paid annually. In 2016, the APF dividend was $1022, peaking at $2,072 in 2015. Though this dividend might be considered an appropriate way to ensure environmental justice, it also arguably justifies the destruction of nature for profit.

While many environmentalists and indigenous activists oppose this decision, there is more to this issue than the trade-off between monetary profits and environmental protections. Although private property seems to be at the heart of the American economic philosophy, nearly one third of all land in the United States is owned by the federal government. In Alaska, the over 61 percent of land is owned by the federal government, totaling over 223 million acres. Though the majority of this land is open to the public, it is not open to any individual development or profit. Senator Murkowski has not been silent in her support for developing in ANWR and other federally-owned land in Alaska, and has been consistently re-elected by the citizens of Alaska.

Federalism has often been at the center of contentious political issues, many of which center around cultural and religious values. However, if we are to consider issues of eminent domain to be an issue of geographic oppression and individual rights, shouldn’t we consider resistance to developing ANWR the same? It may be easy to make this argument if the majority of Americans supported oil and gas exploration in ANWR, but it becomes trickier when it is predominantly Alaskan citizens.

Hailed as “Our Nation’s Greatest Treasure,” American National Parks and Wildlife Refuges are truly unique. Americans enjoy their access to publicly-owned wilderness. Though national parks differ from refuges in terms of the enforcement of certain rules, the basic idea of setting land aside for everyone to enjoy is similar. According to Greg Siekaniec, Alaska’s Regional Director of the U.S. Fish and Wildlife Service, the goal of a refuge is privileging “wildlife conservation over human use.” The idea of nature and wilderness being independent of human development is reflected in the commonplace restrictions on living on or developing public land. Though many Americans enjoy and support the notion of national parks, some could argue that there is a deep problem with commodifying nature and making it an ecotourist attraction. In his essay, “Radical Environmentalism and Wilderness Preservation: A Third World Critique,” Ramachandra Guha explains that “the enjoyment of nature is an integral part of consumer society.” If this is true, is there any human rights difference in terms of developing the land versus protecting it?

Perhaps we should consider the interests of the most vulnerable Alaskan citizens, such as the indigenous groups of Alaska.Though the Gwich’in people strongly oppose development in ANWR, not all indigenous groups feel the same. In a recent op-ed piece in the Alaska Dispatch News, Matthew Redfox, president of the Kaktovik Inupiat Corp, expressed his support for opening ANWR to drilling. He states that “ANWR is in our backyard and is entirely within our homeland, which gives the Iñupiat a unique perspective in the debate to allow drilling there.” Far from the usual environmental narrative, he states that “The oil and gas industry supports our communities by providing jobs, business opportunities and infrastructure investments.”

Should we only consider natural resource extraction an environmental justice issue when it is against the wishes of those most affected by environmental destruction? One could respond that by developing the land to extract gas and oil in particular, which will inevitably contribute to climate change, more than just Alaskan citizens are affected. If we were to consider the area public land, while simultaneously developing it for the benefit of a small portion of citizens, this would not be considered just either. Alaska is in a unique situation due to the 1980 Alaska National Interest Land Conservation Act, giving power to the state and its citizens to practice otherwise prohibited activities on federal land (hunting, fishing, some development opportunities). However, one could also consider it unjust that Alaskan citizens live in a place where less than 40 percent of land is privately owned and available to be developed while in states like Indiana, less than 2 percent of land is federally owned.

Lastly, detractors argue that the overall benefits of oil and gas exploration will not cover the costs for the American public. Because half of the revenue generated will go back to Alaska, there is no incentive for other states to support oil and gas exploration and development in ANWR. Many argue that this is not a debate that belongs in the National Budget, which is a “must-pass” piece of legislation, raising questions about the motives of those supporting the resolution.

All of this does not even consider the rights and value that the environment holds, which further complicates the issue of developing in ANWR. However, it has become clear that chalking this issue up to purely an issue of economic benefits vs environmental protection does not acknowledge how our political system can sometimes pit the interests of its own citizens against each other, often on the basis of federalism.