Fast Fashion and the Ethics Behind Your T-shirt 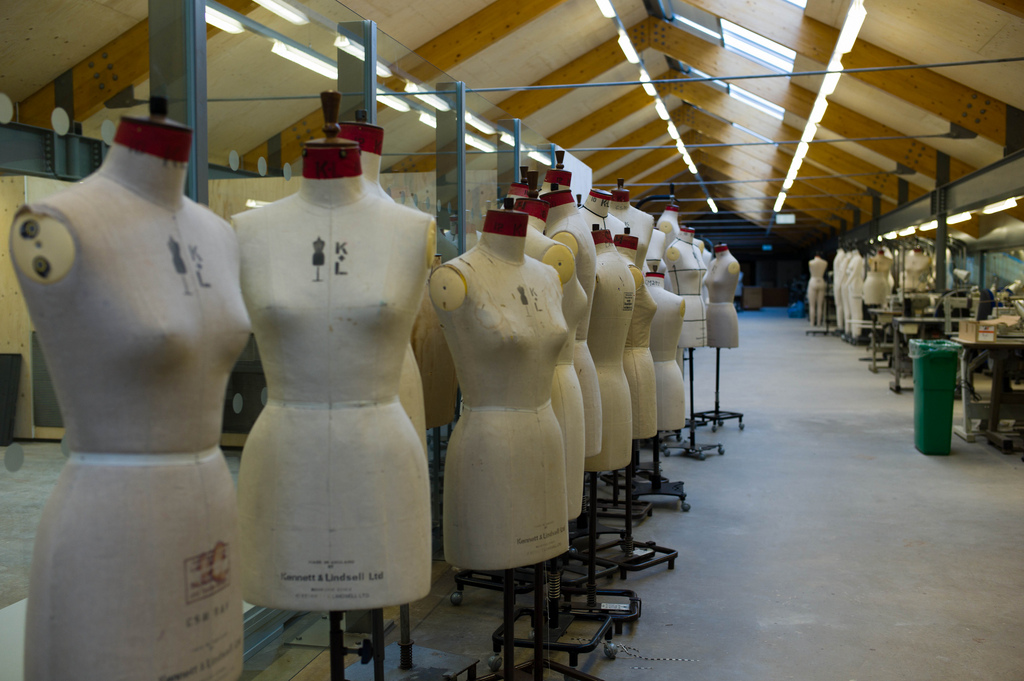 “Mannequins at Central Saint Marten College of Art and Design” by Joi Ito is licensed under CC BY 2.0 (via Flickr)

Can ethics and economics ever work together? This question captures the essence of the sweatshop issue that dominated the majority of media in 2013, especially highlighting Bangladesh. In 2013, according to the Guardian, a garment factory located from the fourth floor to the seventh floor of Rana Plaza collapsed, killing 1,135 people.This was not a natural disaster in any way, but rather was purely man-made. The workers apparently noticed a crack on Tuesday and reported to their manager, which resulted in a supposed Wednesday off for inspection. However, for some reason the building was declared safe to work in later on, and hesitant yet voiceless workers were called back to work, as CNN explains. Unfortunately, the Rana Plaza incident was not the first incident related to garment factories that occurred in Bangladesh. Previously in 2005, reports indicate that there were 70-plus deaths in a garment factory in the same area. Additionally, in 2012 another garment factory fire has already killed more than a hundred people in Dhaka, Bangladesh.

This pattern of minimum wage workers working in garment and dying raises some crucial moral questions. Is it ethical to offshore manufacturing to Bangladesh or any other developing country in Asia, when companies know that basic human rights are not being met? Is a cheap clothing piece worth more than human life today? Or is it ethical for us to buy cheap clothes when we know the situation of the exploited labor force who makes them?

The whole situation makes one ask about why Bangladesh is still so focused on the garment industry  when it has created so many losses for the nation. Well, these garment factories in Bangladesh are known to manufacture clothes for big name brands like Tesco, Walmart, Primark, JCPenney and Kohl’s, to name a few. It’s not just one company offshoring manufacturing but many as above examples of big name brands illustrate. This high demand for garment manufacturing is because the cost of labor is relatively low in Bangladesh, which creates more profit margin when these brands sell their products for very cheap prices. Likewise, garment exports make around $18 billion of export revenue for Bangladesh’s economy. Hence, it can be seen that economically, it is very beneficial for Bangladesh itself, and not just for big name brands in the United States.

On the flip side, the ethical side of this situation makes us consider basic human needs. One mother, who works at a garment factory, cannot send her kids to school or fulfill any basic needs as a matter of fact because she is just paid 25p, like the other workers. There is no logical sense in thinking that other workers are paid any higher as well; thus,  all workers are under the poverty line. This low income can perpetuate cycles such as child labor for more income sources in the family, health issues such as malnutrition due to lack of nutritious food, increase in depression and crime rate among many workers. On top of that, because of the minimum wage, the workers end up in situations such as being able to meet their kids only two times in a year. Similarly, making these garments back home would also benefit the economy at home state as well by increased employment.

Hence, being economically efficient and being ethical seem to have some sort of mismatch. What then should businesses continue or not continue doing? One can argue that Bangladesh can protect its own people from such exploitation. On the contrary, one can argue that businesses act like nations nowadays, so can a government even provide such reformative protections by risking no economic growth? Bangladesh should be a case study every business should consider, so that maybe ethics and economics can produce better situations for both workers and businesses itself.