The Role of Religion in Hurricane Harvey 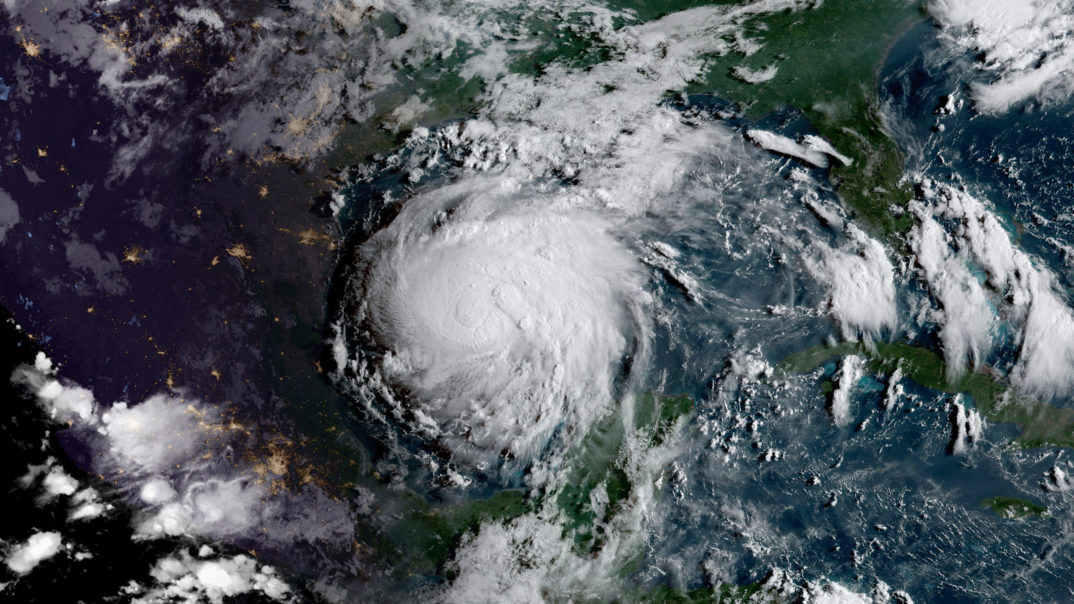 “As expected Harvey has intensified into a hurricane” by Nasa Goddard Space Flight Center is licensed under CC BY 2.0 (via Flickr)

From Joel Osteen’s controversy over the Lakewood Church to providing hope and comfort for the long months ahead, religion has played an important and varied role during the recovery after Hurricane Harvey. Fifth Ward Church of Christ in Northeast Houston has been one such example: more than 2,000 people packed into their Sunday service this past week in search of food, companionship, and answers to why such a tragic thing could happen. The speaker that morning at Fifth Ward, Pastor Gary Smith, told the congregation, “God causes it to happen, but He has a reason…We don’t comprehend what God has planned for us.” After such an apocalyptic event, the belief that God’s good will is in control still stands. How is this possible?

Much of how religion has functioned during the disasters of Hurricane Harvey can be traced back to Emile Durkheim’s theories on the sociology of religion. According to the functionalist view of religion, religion serves important societal roles in forming communities. People naturally form communities when they believe the same things, and these beliefs can provide comfort during confrontations with other groups, and during challenging times for their faith. And according to Durkheim’s theory, “religion has a euphoric function in that it serves to counteract feelings of frustration and loss of faith and certitude by reestablishing the believers’ sense of well-being.” More likely than not, people who hadn’t attended church for a long time returned the Sunday after Harvey, because church helps them to reestablish themselves after a tragedy. In short, this is how Durkheim’s functionalist view of religion is operating during recovery after Harvey.

Another way religion has impacted response to Hurricane Harvey is through Joel Osteen’s controversial statements regarding not opening his 16,000 seat megachurch in Houston, Lakewood Church. Twitter has responded to Osteen’s inaction during Harvey with an onslaught of memes and bitter jokes, believing that as a Christian, Osteen’s approach to taking in evacuees was horribly insufficient. However, a NPR segment titled, “Megachurch Leader Joel Osteen Under Fire” explains his response using Osteen’s own doctrine, the prosperity gospel. NPR’s Tom Gjelten commented that Osteen’s response to Harvey, “may be related in part to how Osteen views his ministry. One of the most popular and wealthiest televangelists in the world, Osteen preaches a self-help philosophy.” While some have accused Osteen’s prosperity doctrine as the reason he didn’t open his megachurch immediately, others argue that he was taking extra time to prepare as people are now allowed in Lakewood Church for shelter.

Whether the accusations are true or not, Osteen succeeded in making an in-group and an out-group during the Harvey disaster. This sociological theory argues that just as religion helps create communities, it also identifies the “other” that does not belong in that community. In some ways, Osteen’s accusations of not helping Harvey victims further unified the churches, mosques, and temples that were, spurring others to think, “That is not my faith.” In this way, the controversy surrounding Osteen’s Lakewood Church may have encouraged others to band together and help more than they already were.

Harvey caused unprecedented devastation, and Irma will likely do the same in the coming weeks. For those already affected, the road to recovery and normality will be long and fraught with faith-testing moments. Religion, even when viewed in a negative light like with the Joel Osteen controversy, functions to provide comfort and encouragement to a struggling community. Hopefully, churches, mosques, and temples will learn from the successes and failures during Harvey for the storms ahead.