Our Alienation from Work 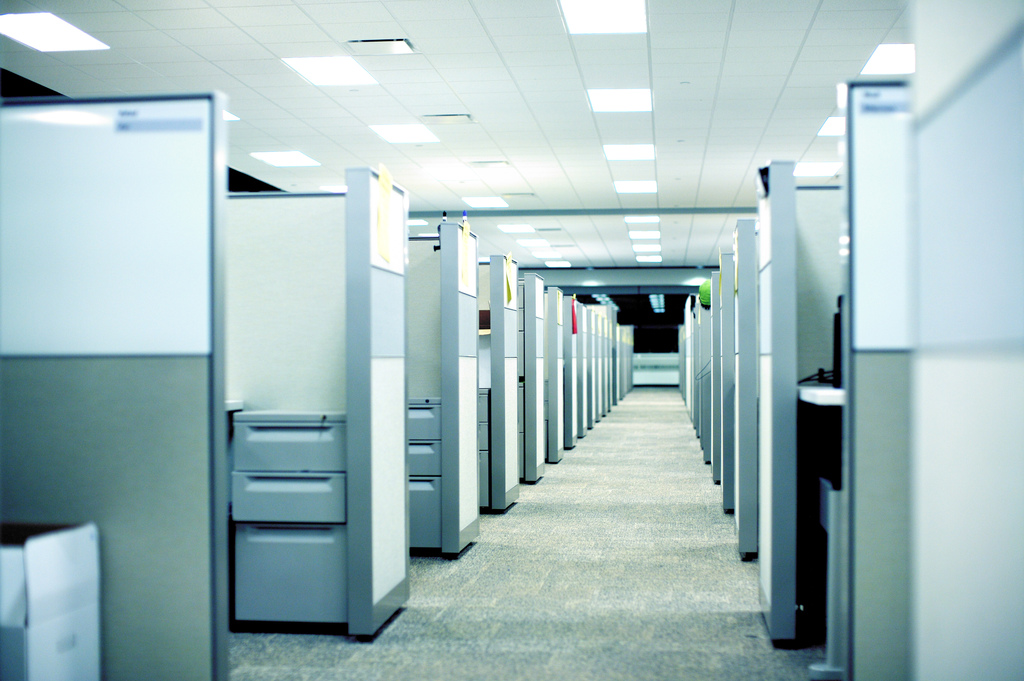 Today, the proposition of work is an unstable one. Though most of us consider work to be a fixed and ordinary aspect of human life, time has come to question it. Given the conditions of our postmodern economy, we may be moving from a conversation about the nature of work to one about the existence of work.

In the past, Marxist concepts largely dominated how we thought about work. Karl Marx was a German political economist whose ideas about alienation in the industrial workplace identified the plight of the workers in those times. He explored how modern production methods forced laborers to become alienated from the products of their labor, thus alienating them from an intimate part of themselves.

This way of thinking about the nature of work, while still relevant, may be largely outdated in the postmodern world. To understand why, I spoke with Glen Kuecker, a professor at the DePauw University History Department. He noted that we are “living in a post industrial world; at least in the sense that it is not the central logic for society, politics, economics, and culture.” Finding ourselves in the world of “posts-,” we need to find new ways to talk about work and the issues that surround it.

A leading theory is that the labour force is undergoing large scale structural changes that are leading to the complete breakdown of the labour market. Some symptoms of this breakdown that we can palpably feel include less stable jobs, multiple career changes, fewer employment benefits, and ultimately, wage stagnation and the loss of jobs. Professor Kuecker explained the first few symptoms when he said that, from the “1970s to 1990s, the norm was to have one career in a lifetime.” But then, “a big transformation happened around the late 1980s to 1990s in which that security, that social contract, went away.”

After this transformation, corporations have moved towards making jobs more temporary and less costly. As Kuecker points out, “by the 1990s and 2000s people start experiencing four to five career shifts in their work life. That is a lot of instability, and a significant change in the meaning of what work is, what career is, and what it means in your life.” To couple this, wages have also stagnated at distressingly low rates.

Economic correspondent George Megalogenis reported in 2016 that, “We are about to fall into a low-inflation trap. Even though we are still growing – wage growth is the lowest it’s been since they started collecting that data.” Adding onto this, according to the Bureau of Labor Statistics, “One fourth of the adults employed in the US are paid wages lower than would lift them above the official poverty line.” Though serious, symptoms like these are moderate in comparison to what we have noticed more recently.

By the 2000s, we began to see the elimination of jobs. In his essay “No More Work,” historian James Livingston finds that, “the net gain in jobs since 2000 still stands at zero.” And to him this is not a temporary change, but a permanent one. He writes, “The jobs that disappeared in the Great Recession will just not come back, regardless of what the unemployment rate tells us.” This trend of permanent job loss, as Kuecker comments, “is historically present throughout the laws and logic of capitalism.” It seems that the forces of capitalism are about to hurdle us into a workless world, whether we like it or not.

Corporations within capitalism have a single motivation: profit. Professor Kuecker explains, ”For capitalism to survive, it needs to constantly reduce the costs of production to increase profits.” And increasingly, corporations are restructuring the labor market in order to cut costs. Kuecker continues, “There are limited ways for capitalism to reduce the costs of production – things like less compensation, longer working hours, and important for our conversation here, innovation that will eventually replace humans for machines.” Effects of these strategies can be seen all around us today.

In her Prindle Post article, “Workers’ Rights in the Gig Economy,” Rachel Robison-Greene writes about corporations benefiting from a new, loose work structure. In referring to the new “gig economy” [for example, Uber] in which short-term contracts or freelance work replace permanent jobs, she writes, “Employers almost always have profit as their primary motivation, which almost always results in the decision to try to obtain employees at the lowest cost possible. If employees are willing to barter away benefits, retirement packages, and healthcare, even when it is not in their best interest, the company will gladly accept the offer.” We will only see such developments intensify as we move into the future.

There is extensive research arguing that this intensifying will manifest as the complete elimination of human labor. Kuecker shared, “The things that I do, teaching, writing, and publishing, eventually the computer is going to be able to do, and do it better. And the economics are going to say we have to do it.” While in the 1870s Marx talked about the alienation of the laborer from his work, today, the laborer is being alienated from labor itself.

Yet, some may argue that this is merely a passing phase in the larger cycles of capitalism – and that work will restore itself. While this may normally be true, this time, things are different. Livingston points out that “the measurable trends of the past half-century, and the plausible projections for the next half-century, are just too empirically grounded to dismiss as dismal science or ideological hokum. They look like the data on climate change – you can deny them if you like, but you shall sound like a moron when you do.” This is because fundamental advances have taken place in technology that history has never seen before. This technology has not created a temporary business boom, but changed the entire structure of production.

The melt of technology and globalization in the postmodern age has given capitalism the tools it has always wanted to perfect its chase for profits. Automation, computerization, information technology, outsourcing, and redundancy are all a consequence of labor being too costly in comparison to new technology. In a famous 1930 text, Economic Possibilities for our Grandchildren, eminent economist John Maynard Keynes wrote, “We are being afflicted with a new disease of which you may not have heard of, but of which they will hear a great deal in the years to come – technological unemployment.” By this, Keynes is referring to the rise of unemployment because of our “discovery of the means of economising the use of labour outrunning the pace at which we can find new uses for labour.” He in fact believed that by 2030 we could all enjoy a 15-hour working week.

Given all of this, what would a workless world actually look like? There could be two distinct possibilities. While one may prove to be disastrous for human wellbeing, the other, momentous. And we are seeing glimpses of both.

The first, a harsh reality of a destabilizing labor market fueling economic insecurity, and the sociopolitical consequences that come with it. Kuecker touches upon this when he talks about Trumpism as a political symptom of the dying labor market. He says, “A lot of ugliness can come with instability. We are already seeing it. Trumpism is about economic insecurity driving fear, nostalgia for a past, and the targeting of others as a source of a problem; these are all common sociological responses to high levels of instability.”

This is a small example of what happens when work, a construct that gives our lives meaning, is ripped apart by the forces of capitalism. Even in the 1990s, sociologist Kai Erikson noticed the connection between economic and social upheaval. He wondered about a relationship “between alienation and the passion with which capital punishment is promoted, insults to national honor resented, people of other kinds demeaned?” Many would say these are the effects of instability in a void of government action.

Through proactive government action, a workless world may in fact bring us universal wellbeing instead of civilizational breakdown. We can see such developments occurring all over the world. Countries like Finland, Spain, and Switzerland, Canada, and Namibia are engaging in the social experiment of universal basic income – an unconditional government transfer payment of a fixed amount to citizens. In “Reimagining the Government Safety Net,” Meredith McFadden says, “We could see these programs as the acknowledgement that there is a duty for the government to aid in the ability of the citizenry to pursue the life well-lived.”

Though these propositions seem radical, they have a 500 year old intellectual history. In Utopia (1516), Thomas Moore talked about the notion of providing “everyone with some livelihood” as a solution to crime. And in 1969, Republican President Richard Nixon proposed a similar concept for unconditional income for all US families, and passed it in the House of Representatives. Such programs reflect a societal recognition of the dying of work.

Professor Kuecker noted toward the end of our conversation that “we are going from a closed reality where modernity had very fixed rule sets for how everything worked, into a great opening, where anything becomes possible.” Building on this idea of a new and open world, Livingston asks an intriguing question, “How would human nature change if the aristocratic privilege of leisure becomes the birthright of all?” Questions like these can be quite liberating. Soon, might we consider new possibilities about how we find fulfillment, how we find purpose, and what it would mean to be a human who does not work?