The Ethics Behind the Kanye West-Taylor Swift Feud 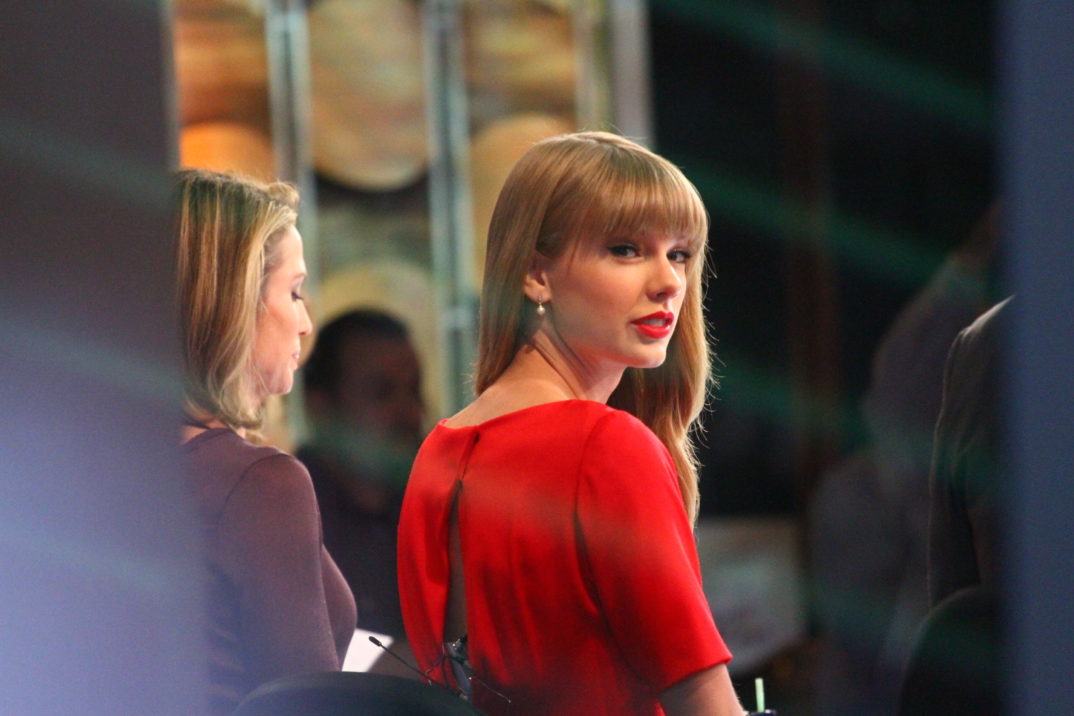 The Kanye West and Taylor Swift feud has recently reignited with the release of Swift’s music video for her song, titled “Look What You Made Me Do.” And with this renewal of their feud, it is important to understand the basic issues with both parties; indeed, the intersecting forms of of oppression both artists face must be taken into account when picking a side in the ongoing Swift-Kanye feud.

This initial situation is loaded with problematic issues on both sides. West’s outburst and interruption of Swift is sexist behavior. Historically, men cutting off women has been a micro-aggression ( a subtle action or comment that implies a prejudiced attitude) that has typically been seen in business settings for many women. However, West’s actions bring this everyday sexism into the spotlight. Additionally, many lyrics in West’s music are considered by many to perpetuate sexist and racial stereotypes, according to Noisey. West denies that his usage of the word “bitch” is insulting, and claims he meant it in an “endearing”  way, similar to hip hop’s use of offensive language, when Swift claimed that she did not approve his use of the word in the song, “Famous.”

But the problems of men using the word “bitch” to refer to a woman takes its roots in sexist biases. According to Vice, the word “bitch” was used as a derogatory insult as early as the 15th century. However, in the 1990’s the word’s meaning changed, and was used as a term of empowerment for feminists. Today, however, the word still carries negative connotations for women. According to Vice, the history of the word “bitch” claims that currently the word is still being used to oppress powerful women and make men feel inferior, and thus the word still remains an insult.

However, the situation at the VMA’s can be looked at as a type of political activism by West. West has in the past spoken his mind about the African American community; for example during Hurricane Katrina, West said on live television, “George Bush doesn’t care about black people.” It is possible that West was just speaking out on how he felt that Beyoncé was overlooked for the award due to her race. Perhaps West wanted Beyoncé to receive recognition that black women in the media do not often receive.

Swift’s new video reintroduces her feuds with West in several different ways. Her reference to a “tilted stage,” which according to the Huffington Post seems to allude to West’s recent Saint Pablo tour, gives the audience a clear idea that her song will be about revenge in some capacity. Swift uses imagery of herself crashing a car into a post, which is reminiscent of the West’s car crash in 2002. This is problematic because West’s life was in danger due to the car crash, and making light of his near-death-experience seems to be over the line.

Additionally, Swift’s new album, Reputation, is expected to release on November 10, which also is the ten-year anniversary of West’s mother’s death. According to Us, Swift’s release date has nothing to do with this anniversary. However, this is a hard fact to ignore or just shrug off.

Swift’s continuous vilification of West works to further the stereotype of African American men chasing after white women. For example, in the 1915’s film “The Birth of a Nation,” a scene depicts an African American man lusting after a white woman, who leaps off a cliff to avoid being raped. Additionally, there is another scene where white women are “rescued” by klansmen from a multiracial man. This film began establishing racial stereotypes such as sexually primitive or threatening African American in Hollywood. Arguably, these have never left, but rather just evolved to fit the present. So Swift’s actions and role as a victim, whether she intended them to or not, play off of these stereotypes.

But is Swift not allowed to express her frustration and anger at sexism in the media and the music industry? For example, according to Rolling Stone, the single dollar bill in the background when Swift bathes in jewels is thought to represent her recent sexual assault trial, where she won one dollar in a suit against a Radio DJ who inappropriately grabbed her before a show.  Her reference to this trial is a clear sign that she is done with the previous sexism that has been forced on her in the media; in fact the director of the music video accused critics of using unfair “double standards” against her.

The major problem with this debate for or against these artists is that too many people are viewing it as just sexism, or just racism. The issues that develop from this Hollywood-style feud are more complex than meets the eye. This argument is again difficult, because one feels as though one must pick a worse form of oppression. However, that is not the case; one must think critically about both sides and then continue the discussions of these larger issues.