Considering the N-Word: To Reject or Reclaim? 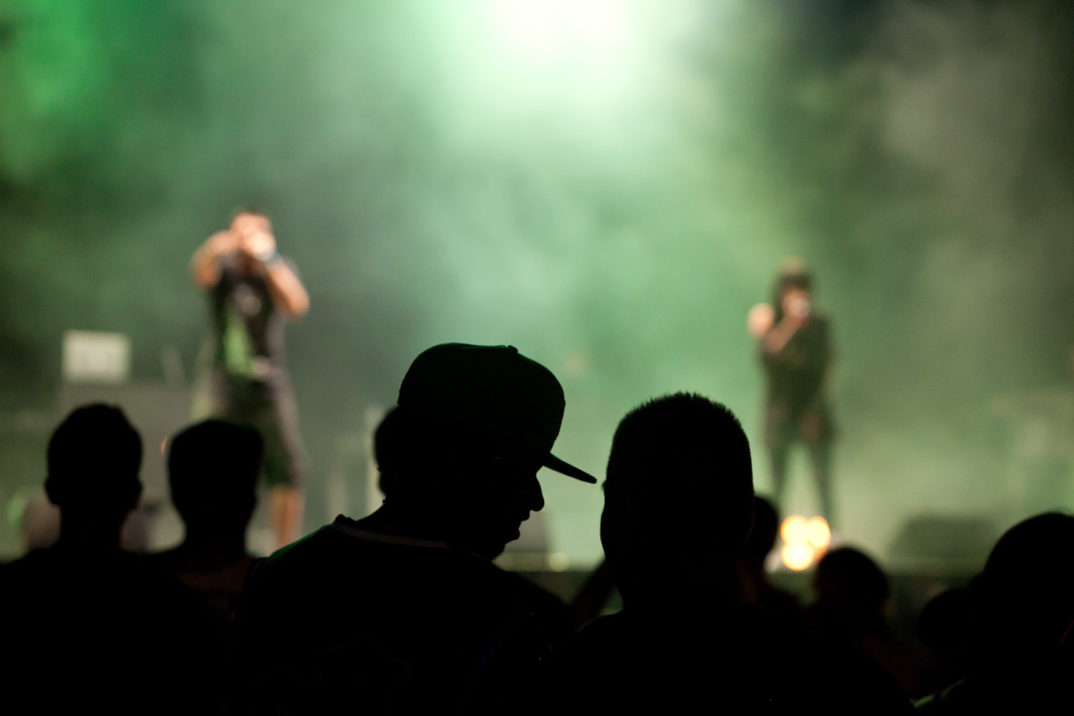 Editor’s note: this article contains derogatory language due to the nature of its content.

Netflix’s original series, Dear White People, released its first season this year with the summary: “Students of color navigate the daily slights and slippery politics of life at an Ivy League college that’s not nearly as ‘post-racial’ as it thinks.” In the fifth episode, Reggie Green, a student of color, is at a fraternity party. One of the white students hosting the party, Addison, sings along to a rap song, including the word, “nigga.” When Reggie asks him not to say that word, Addison gets defensive. A fight breaks out, and the situation escalates. The police arrive and end up pulling a firearm out and aiming it at Reggie.

Not only is this scene commenting on the higher likelihood of the police’s use of force on people of color, it also stirs the debate of the N-word and its negative connotations even while repeating lyrics. This is an all too familiar problem. As a fourth-year student at DePauw University, I can readily envision that, although it may not escalate to violence, instances in which white people use this derogatory term during rap songs most likely occur at parties on campus every weekend.

In Aliah Luckman’s Daily Dot article, “A guide to (not) using the N-word,” she explains that the dropping of the “r” sound in “nigger” and the arising of the word “nigga” is meant to imply a different connotation. The r-drop can be “linked to African American Vernacular English (AAVE), a dialect of English with its own set of phonological rules.” Luckman cautions readers, “Before anyone is quick to call this process “ghetto,” r-drop exists in several other English dialects, including those of England, Australian, and New Zealand.” Due to the word’s historical context, Luckman advises, “white people and non-black people of color should refrain from using the N-word in all forms.” But the question remains: should anyone be using “nigger” or “nigga” colloquially at all?

Stereotyping and naming are prevalent and troubling tools of oppression. Deeming the N-word to be a popular derogatory term by the early 1800s, the African American Registry explains the evolution of the word in the United States: “Historically, nigger defined, limited, made fun of, and ridiculed all Blacks. It was a term of exclusion, a verbal reason for discrimination. . . .[I]t strengthened the stereotype of the lazy, stupid, dirty, worthless nobody. No other American surname carries as much purposeful cruelty.”

In the 1993 article in The New York Times, “Rap’s Embrace of ‘Nigger’ Fires Bitter Debate,” Michael Marriott noted the increasing use of the N-word and its consequences. In his article, he presents the sides of the debate, commenting on the generational trends: “Some blacks, mostly young people, argue that their open use of the word will eventually demystify it, strip it of its racist meaning,” while, “other blacks—most of them older—say that ‘nigger,’ no matter who uses it, is such a hideous pejorative that it should be stricken from national vocabulary.” Marriott expressed the contemporary concerns about the frequency of the N-word in 1993, but since then the issue has only become more prominent.

Influenced by an early awareness of her familial roots, Oprah Winfrey, a protester of using the N-word, said in a 2013 interview with Parade, “I always think of the millions of people who heard that as their last word as they were hanging from a tree.” In 2009, Winfrey challenged hip-hop rapper Jay-Z’s use of the N-word in his music. Jay-Z defended its place in his lyrics by remarking on a similar generational divide that Marriott discussed sixteen years earlier: “My generation hasn’t had the same experience with that word that generations of people before us had. We weren’t so close to the pain. So in our way, we disarmed the word. We took the fire pin out of the grenade.”

Jay-Z, the second richest hip-hop artist of 2017 according to Forbes, recently released an animated music video to his song, “The Story of O.J.”; USA Today described the video as “an unsettling four minutes of black-and-white animation, meant to mimic blackface characters and other racist imagery of vintage Disney and Warner Bros. cartoons.” One interpretation of the song’s refrain—“Light nigga, dark nigga, faux nigga, real nigga / Rich nigga, poor nigga, house nigga, field nigga / Still nigga, still nigga”—could be that white people will still judge people of color no matter if their skin is lighter or darker, whether they act like something else or not, whether they are rich or poor, and whether they work inside or outside. The refrain works as Jay-Z’s response to O. J. Simpson’s infamous quote: “‘I’m not black, I’m O.J.,” which he references in the title and the lyrics.

Reinforced by the slave labor in the video, the word “field” conjures images of African slaves in the cotton fields. Reminiscent of the Middle Passage, the video includes slaves locked below the decks of boats that turn out to be contemporary yachts, revealing the horrific, dehumanizing origins of America’s economy and prosperity. The video begins with animated, offensive, oversexualized caricatures of women of color, reflecting the harmful stereotype of “the Jezebel ― an overly sexualized, promiscuous black woman” whose “image was used to justify the sexual violence systematically inflicted upon black women in the antebellum South.” There are “colored” signs indicating where people of color could sit on buses in segregated America. Images of burning crosses evoke hate symbols associated with the Ku Klux Klan. The video also includes KKK members in their robes. The video recalls images of slavery, segregation, and systematic racism, beckoning viewers to consider the United States’ historical context.

Jay-Z uses the N-word like he uses the blackface Disney-styled cartoon: he reworks the language of the oppressor for his own purpose. Since the video includes blatant references to race and naming, perhaps Jay-Z has changed his mind about trying to overuse, repurpose, and distance the N-word from its original context in the eight years since the interview.

Reverend Benjamin F. Chavis Jr., “a longtime civil-rights leader who is executive director of the United Church of Christ Commission for Racial Justice” claims, “[the N-word] made us less than human, and that is why we must reject the usage of that term.” In response to those who want to wear out the term and remove “the fire pin out of the grenade,” as Jay-Z puts it, Chavis claims that we should be doing just the opposite: “We cannot let that term be trivialized. . .We cannot let that term be taken out of its historical context.”

Neal Lester, the Dean of Humanities at Arizona State University, shared his experience teaching a course solely meant to deconstruct and evaluate the word “nigger” with Teaching Tolerance. Though he understands the urge, particularly amongst young teens of color, to reclaim the N-word and use it only in “intimate environments [among friends],” Lester comments on the impossibility of controlling the N-word, because it, “takes on a life of its own if it’s not in that environment.” Lester acknowledges the painful historical baggage that lingers within the meaning of the N-word despite efforts to retake and redefine its meaning: “The word is inextricably linked with violence and brutality on black psyches and derogatory aspersions cast on black bodies. No degree of appropriating can rid it of that bloodsoaked history.” Yet Lester does not encourage people to pretend that the word does not exist, but rather he hopes that they will engage in productive discussions about the word, like he fostered in his course.

This conversation that Lester strives for should not rest on people of color to initiate. Instead, we as white people have to be conscious of how much historical baggage can manifest itself in so much as a word. We are responsible for what we say and do. We have to be attentive to the injustices that resound through our country, or else we will be just absent-mindedly singing along.