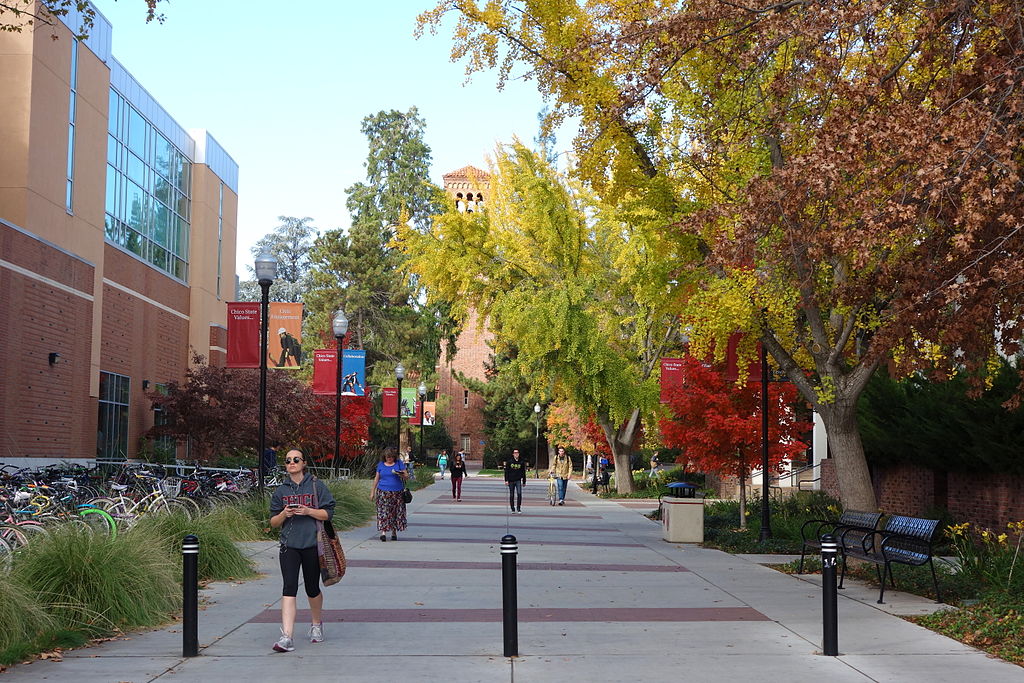 At most universities in the United States, students are required to take placement exams to determine their developmental level in math and English.  Students are placed in classes that are appropriate for a student at that developmental level in each of those disciplines.  Students who are placed in non-college ready, remedial classes are required to take up to three such classes before they can enroll in courses that actually count toward their degree.  Last week, the Chancellor of the California State University educational system issued an executive order doing away with placement exams.  Instead, students can try their hands at classes at a higher difficulty level than the placement exam would have indicated was appropriate.  Many community colleges have already moved away from the use of placement exams, but the move to this approach in the large Cal State system is noteworthy.

In place of placement exams, administrators are considering other ways of determining whether particular classes are appropriate for students.  These methods might include, but are not limited to, SAT scores, ACT scores, high school grades, and favorable participation in the classroom.  The Cal State system is also implementing what they call “stretch courses.”  These courses provide students who are taking classes that might be slightly above their level of development with increased time and access to professors and resources.

Advocates of this policy change argue that the placement test approach harms students in a number of ways.  First, it increases the number of classes that a student must take, and remedial classes do not count toward the student’s degree; they are simply classes that a student must pass in order to take the more advanced classes that do count.  Students who must take these classes are harmed, because it takes them more time to get their degrees and it because it costs them more money.

One of the main goals motivating the change in approach is to increase the four-year graduation rate in the Cal State system.  Currently, that graduation rate sits at around 20 percent.  The goal is to increase it to 40 percent.  The long-term goal is also to increase the six-year graduation rate from 57 percent to 70 percent by 2025.  These goals are, themselves, controversial.  Many think that, for a variety of reasons, we should try to get students through college quickly.  If they are in school for a shorter period of time, students use less of their own time and resources and are less likely to burn out of college entirely.   If students graduate more quickly, they are also able to generate less student loan debt, which is crippling for many people.  On the other hand, opponents argue that the goal of a university should not be to simply give out as many degrees as possible.

Those who are opposed to this policy change argue that the approach does little to actually help students.  Though it may be true that it takes students longer to get through their degree program, it actually should take them longer.  A college degree should mean something.  It should mean that a graduate has mastered certain skills, and if students who are placed in remedial math don’t have those skills upon entrance to college, they should be made to develop them rather than simply rolling the dice on an advanced class and hoping for the best.

There is more on the line than just the meaning of a college degree.  A degree is more than just a piece of paper, and more than just a stepping-stone to improved job prospects. It’s about more than the mere appearance of skills.  One of the benefits of a college degree is that the student actually has the skills.  If a remedial student manages to somehow sneak by with a C in a college-level math class, there is a good chance that they actually don’t have the skills that a university education is supposed to provide.  If this is the case, the student has been done a disservice by this change in policy.

What’s more, the placement test was designed to see how well a student would do in classes of various difficulty levels.  Critics of the change argue that getting rid of this tool does no favors for the student and sets them up to fail.  They sign up for a class that they are not prepared to take, and there is a good chance that they won’t pass the class.  Proponents of the policy claim that it will save students money, but this may not actually be true.  Students may take classes for which they are unprepared more than once before realizing that the need to return to remedial classes to get the fundamentals that they need, costing the student more time and money in the long run.

Others are concerned that the Cal State system abandoned placement tests by executive order so quickly, without seeking the counsel of a wide range of faculty members responsible for teaching these classes.  They argue that it is these professors who have the most experience with and consequently understand the level of performance that will likely be seen from remedial students in college level courses.  What’s more, on the new system, it seems that professors will be the parties responsible for filling the gaps.  If the responsibility falls on them, many contend that they should have had some say in the matter.