Sex in the Age of Sex Robots 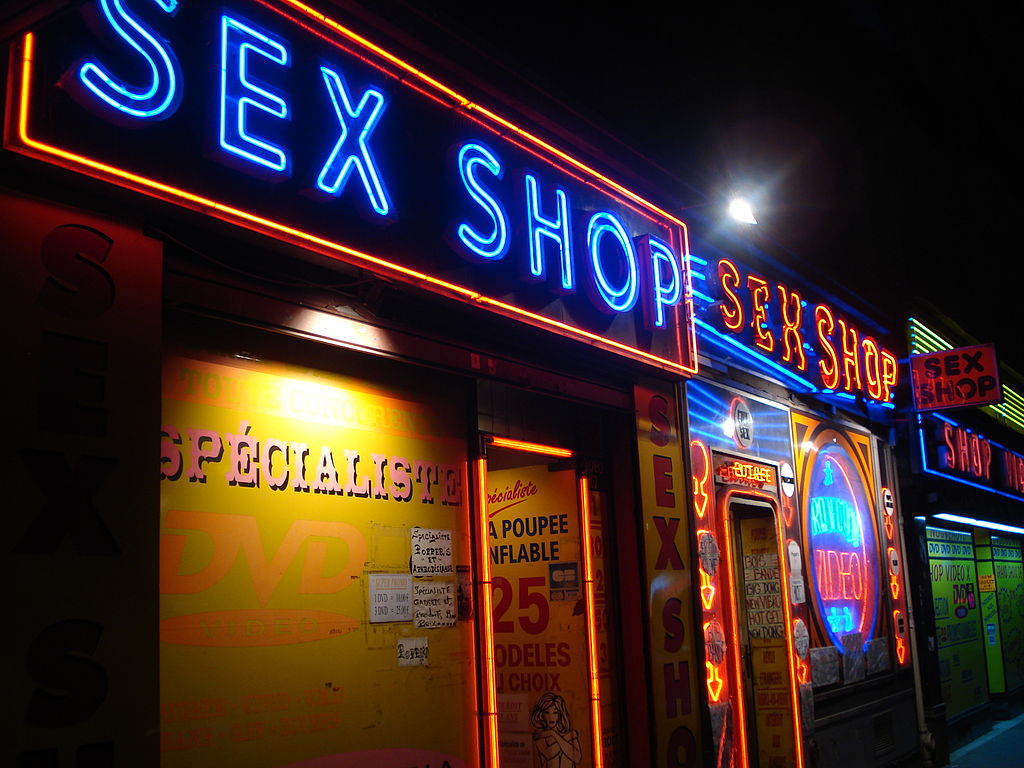 “Sex Shops (Paris)” by Ricardo Martins is licensed under CC BY 2.0 (via Wikimedia Commons)

Editor’s note: sources linked in this article contain images and videos that some readers may find disturbing.

From self-driving cars to smartphones, artificial intelligence has certainly made its way into our everyday lives. So have questions of robotic ethics. Shows like Westworld and Black Mirror have depicted some of the more controversial and abstract dangers of artificial intelligence. Human sex dolls have always been taboo, but a new development in the technology of these sex dolls, specifically their upgrade to robot status, is especially controversial. The whole notion of buying a robot to have sex with is taboo to say the least, but can these sexual acts become unethical, even if they are perpetrated upon a nonliving thing? Is using a sex robot to simulate rape or pedophilia morally permissible? And to what extent should sex robots be regulated?

Though sex dolls are not exactly a popular or frequent topic of discussion, their appeal reaches more of the population than one might suspect. A recent study found that over 40 percent of heterosexual men surveyed admitted they could imagine having sex with a robot in the next five years. As the technological advances in sex robot technology increase, so does the market for them. The goal of companies like RealDoll is to manufacture sex robots that will be able to speak, memorize commands, and even feign sexual pleasure.

But what are the implications of making a sexual object more humanlike? Though there are numerous other types of sex toys available for sexual pleasure, none seem to escape the realm of sexuality. These robots and dolls are now not only being used for sex, but also companionship. In one case, a Japanese man effectively replaced his wife with a hyper-realistic rubber sex doll. His justification for doing so was not absent of troubling misogynistic undertones, stating that, “Japanese women are cold-hearted. They’re very selfish. Men want someone to listen to them without grumbling when they get home from work.”

Should society be promoting such a replacement of human sex and companionship? Perhaps not, but one could also ask whether it is a violation of bodily autonomy to regulate what object someone can or cannot use for sexual pleasure. Supporters might ask how using a sex robot is essentially any different than any other sex toy, since they are all technically inanimate. Makers of robotic sex dolls argue that they are a way to provide lonely people with sex and companionship.

Some go even further, claiming that they can help prevent rape, pedophilia, and sex trafficking. In an interview with The Atlantic, self-described pedophile and founder of Trottla, a child-like sex doll manufacturer, Shin Takagi asserted that, “We should accept that there is no way to change someone’s fetishes. I am helping people express their desires, legally and ethically. It’s not worth living if you have to live with repressed desire.” Takagi claims he has received feedback from customers suggesting his dolls have prevented them from committing crimes.

Others claim that lifelike sex dolls will reduce human trafficking. Spanish sex robot inventor Sergi Santos believes his robots can be used as an alternative to female prostitution. In addition to ending sex crimes, supporters of sex robots argue they can help aid those with sexual insecurity and trauma. By using sex robots, those suffering from trauma, sexual anxiety, or a disability that otherwise prevents them from sexual intercourse, can still participate in a heightened state of sexual satisfaction.

However, the evidence that lifelike sex dolls and sex robots prevent sex crimes is relatively scant. Earlier this year, a man in the U.K. was arrested for attempting to smuggle in a child-like sex doll. Much to the chagrin of the company that claimed the dolls were a way to curb pedophilic crimes, the police found child pornography on the man’s computer. More recently, sex robots made headlines again when, in an op-ed piece in The New York Times, Laura Bates revealed that a Roxxxy TrueCompanion robot was being sold with the ability to express multiple personalities. One of these personalities is called Frigid Farrah, and resists the user’s sexual advances, simulating a rape type of sexual scenario. TrueCompanion denies that this setting simulates rape, but instead allows for the ability to simulate a realistic interaction between two strangers. Though supporters believe that the ability to rape robots will curb human rape, Bates is extremely skeptical of this, claiming that such a justification “suggests that male violence against women is innate and inevitable, and be only mitigated, not prevented.”

Many specialists in the robotic ethics field seem to agree with Bates’ position. According to robot-human interaction specialist Kate Darling, the use of sex robots to fulfill otherwise immoral sexual urges is not  morally permissible. “Either sex robots would continue to serve as a healthy outlet for our unhealthy urges or they would whet peoples’ appetites for unsavory sexual fare,” Darling said. “Both options have their own troubling implications, but the latter is more immediately problematic.”

Kathleen Richardson, a robot ethicist and the founder of the Campaign Against Sex Robots, has connected the rising popularity of sex robots to the commodification of women. In an interview with Feminist Current, she argued that, by their design and nature, sex dolls are, “piggybacking off on those real lived experiences of real human women being dehumanized by the commercial sex trade.” Richardson is also concerned about what these dolls mean for future companionship between men and women. She sees these robots as, “a commercial product that’s being peddled as a woman that people can have as their girlfriends and future wives.”

For the time being, human-like sex robots are still in the early stages of development, so there is still time to consider the many ethical questions their existence poses. With hot button issues such as sexual education, pornography, and abortion, sex robots may have to take a back-burner on the national and international stage for the time being. However, their ability to influence sexual attitudes and crimes should not be underestimated.