The Church, the State, and a Missouri Playground 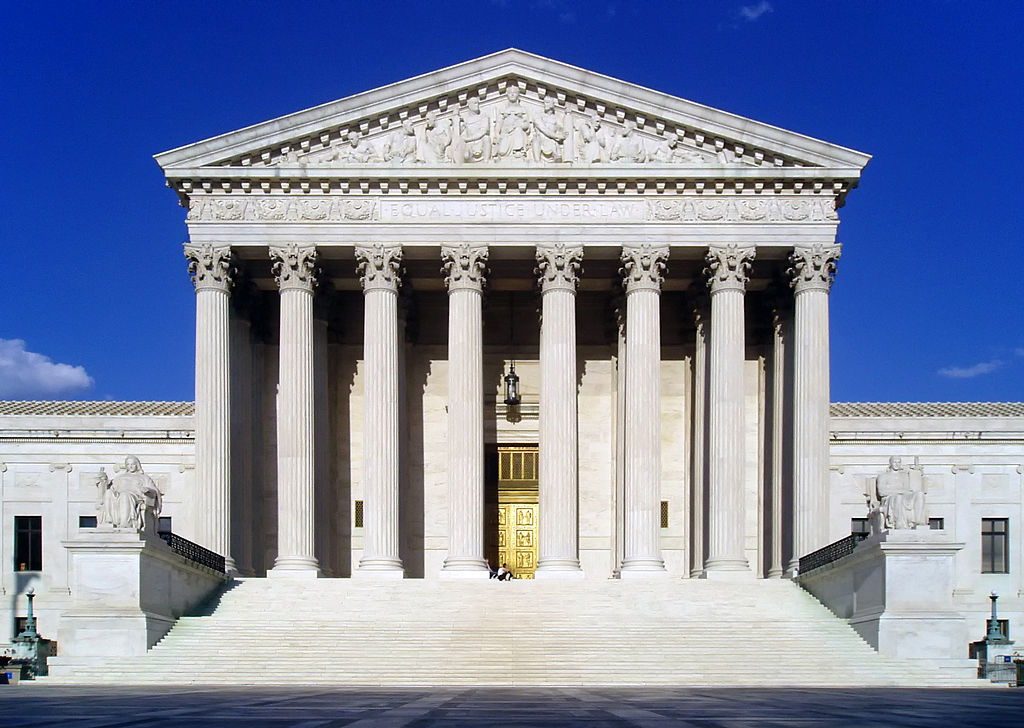 “US Supreme Court West Facade” by UpstateNYer is licensed under CC BY-SA 3.0 (via Wikimedia Commons)

In one of the final rulings before the Supreme Court’s summer recess, the court found that it was unconstitutional to deny civil funds to a Missouri church on the basis that it was a religious institution. Trinity Lutheran Church applied for a grant that would re-surface its playground with recycled tires, creating a safer rubber surface for its preschool children to play on. Forty-four non-profit organizations applied for the grants, and the church’s application ranked fourth among them, but it was denied the grant on the grounds that it was a religious institution and thereby is an ineligible beneficiary of these public benefits.

In the opinion for the majority, Chief Justice John Roberts stated, “the exclusion of Trinity Lutheran from a public benefit for which it is otherwise qualified, solely because it is a church, is odious to our Constitution all the same, and cannot stand.”  The ruling was 7-2 in favor of the church, with the justices reasoning that excluding Trinity Lutheran amounted to discrimination on religious grounds.

However, the justices differed on the broader implications of the ruling: when do the protections of the separation of church and state amount to discrimination against religious institutions? It seems that the object of provisions against providing state funds for religious institutions is to avoid promoting particular religious teachings. This case brings out the difficulty of putting such a principle into practice.

While siding with the majority, Justice Clarence Thomas and Justice Neil Gorsuch did not join the decision in full. Whereas the majority opinion took some care to delineate the particularity of this case that makes it qualify as religious discrimination, Justices Thomas and Gorsuch emphasized that denying funds to an institution on religious grounds is unconstitutional without justification of “the highest order.” Such reasoning interprets the principles behind a separation of church and state in extremely minimal terms. Roughly, if there is public funding to dole out, we should not discriminate against religious institutions. Following this principle would be a significant deviation from past and current policies.

On the other end of the interpretive spectrum, Justice Sonia Sotomayor and Justice Ruth Bader Ginsburg dissented from the majority, raising concerns with providing state funds to support religious teachings. What is the distinction, they pressed, between providing material for a playground and providing lumber for church walls? The majority considered the recycled tires for the playground were sufficiently secular to avoid the concerns underlying the federal constitution’s bar on religious establishments. The minority were concerned that a line between the secularity of playground surfaces and the religiosity of other functions of the organization could not hold.

Thirty-nine states, including Missouri, have “no-aid” provisions in their state constitutions, prohibiting funds from public treasuries to be granted to any church, sect, or religious denomination. If the spirit of such provisions is to prevent state-funded religious teaching, then this ruling brings out the difficulty in defining such activity. A clear case of something that public funds cannot be used for would be a program that pays for children to be taught that a particular religion is true. However, the grey areas appear quite quickly.

The majority attempted to limit the manner that public funds could be allotted to religious institutions, focusing on public benefits available to all: Justice Stephen Breyer pointed out that the underlying concern with limiting public funds to churches is not meant to separate them completely from public programs. For instance, we wouldn’t prevent religious organizations from aid from publicly funded benefits like police forces and fire protection.

Interpreting the line where publicly available benefits should be available to religious organizations is a difficult one. Judging how close the benefit is to the religious activity is difficult to parse, and it seems this question is just what the ruling has opened for judicial review by granting that funds be awarded directly to a religious institution.