A Question of Responsibility for Biased 911 Callers 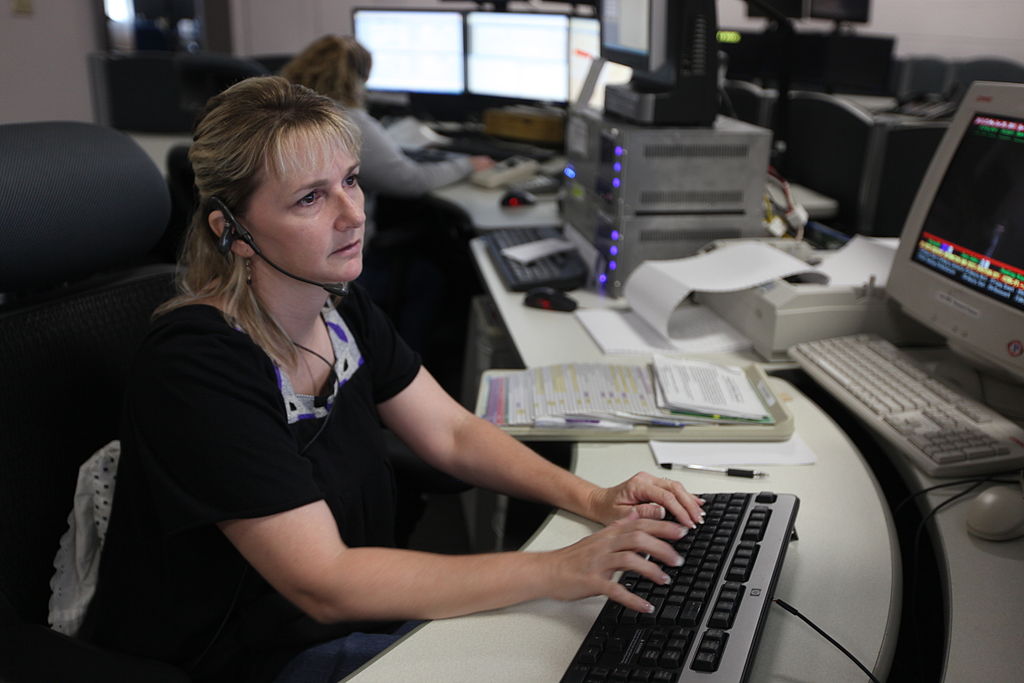 The caller said the student had a gun. Placed on the night of May 1 to Colgate University’s campus safety department, the call provoked a full-scale lockdown of the upstate New York college. For four hours, students waited in their dorms as police combed the campus for the shooter. Soon, though, it became clear that the caller had been wrong. There was no active shooter. Instead, the caller had seen a black student walking into an academic building holding a glue gun.

Nobody was hurt in the incident, and the university immediately took steps to evaluate what went wrong in its response. Yet the potential for the mistaken call to produce catastrophic consequences was not lost on the campus. One Colgate student compared the incident to the 2014 killing of 12-year-old Tamir Rice in Cleveland, as noted by The Washington Post; Rice was playing with a BB gun when he was killed by police. The incident also bore similarities to the shooting of John Crawford III, who was killed by police in 2014 after shopper Ronald Ritchie called 911 to report that Crawford was pointing a gun at people in a department store. Crawford was carrying an unloaded pellet gun picked up from one of the store’s shelves, and Ritchie later admitted that he never saw Crawford aim the gun at anyone.

Such incidents underscore an overlooked aspect of police brutality in America: the police are often acting on information from 911 callers. These callers are responsible for helping inform officers’ first impressions of a situation – impressions that, when informed by bias, risk causing a violent escalation. Many of these callers are likely contacting police out of real concern. Some, presumably, genuinely fear for their safety. But all such calls underscore the dangerous impact that implicit bias or discriminatory beliefs can have on calling 911 – calls that, in some cases, can have deadly consequences.

In light of cases like the killings of Tamir Rice and John Crawford, should the 911 callers involved bear any responsibility for the results of their calls? In some cases, sharing blame certainly makes sense. Situations such as Crawford’s would never invite police involvement if not for these calls; in this regard, one could argue that the callers should share some blame for the consequences of their actions. This is especially true for cases like Crawford’s death, in which the caller later admitted that parts of his 911 call were exaggerated. Though sharing the blame may not necessarily mean legal repercussions, callers that unjustly provoke police intervention should certainly face moral responsibility for the consequences.

Doing so, however, has clear drawbacks. Foremost among them is the danger that holding callers responsible could disincentivize bystanders from calling 911 in the first place. This appeared to be the case in the 2016 shooting perpetrated by Syed Farook and Tashfeen Malik in San Bernardino, California. Though Farook and Malik’s neighbors noticed the couple’s suspicious behavior on several occasions, they reportedly decided not to call the police out of fear that they would be acting on implicit bias. A call to the police would likely have exposed Farook and Malik’s plans, preventing the massacre in the process.

Such cases act as a counterweight to any attempt to hold 911 callers responsible if their calls end up causing unjust harm. Calling 911 is the most direct way of involving police in a situation that could turn violent; without community willingness to use the service, the police’s ability to intervene in dangerous situations would be limited.

No clearer evidence of this exists than in the rise of sanctuary cities around the country. Police departments have recognized that their ability to fight crime largely depends on communities reporting it in the first place. This cannot happen if members of those communities refuse to work with the police – in the case of undocumented communities, out of fear that police involvement could lead to a deportation investigation. As the case of sanctuary cities shows, restoring trust is a key priority for many departments – even to the extent that they will risk loss of federal funding to foster it. It is likely, then, that any attempt to hold 911 callers responsible would ultimately make it more difficult for law enforcement to fight crime and regain community trust.

Critical to the debate around holding 911 callers morally responsible is the complex relationship between instinct and implicit bias. After all, most people only call 911 if they are genuinely afraid for their safety or the safety of others. Instinct often plays a key role in making this decision, and helps bystanders take action in situations that could pose a threat. Yet instinct is also built upon deeply ingrained biological and cultural influences, including implicit biases. Addressing these attitudes denies any quick fix, making it likely that implicit bias will remain a key factor for some 911 callers for the foreseeable future.

Instead of holding 911 callers responsible, it may be more practical to demand higher standards for those on the other end of the line. Law enforcement professionals, including 911 operators, hold certain responsibilities that go beyond those of the average citizen. Among these responsibilities is the need to make sure that justice is not applied along discriminatory lines – a goal compromised by reinforcing racist 911 calls through police action. Though biased 911 calls may be responsible for involving the police in the first place, it is up to the police themselves to act justly given the situation. Holding 911 callers responsible for their actions would do little to solve this problem; in fact, it may send the message that law enforcement could be absolved of that same responsibility.

Ultimately, solving the problem of biased 911 calls should primarily fall on those tasked with investigating the calls, and not those who make them. In some cases, this may require additional training to identify when a caller might be acting on discriminatory beliefs. It also requires officers to approach their investigations with the awareness that they may be acting on information rooted in prejudice. Doing so poses many of the same challenges associated with any challenge of implicit bias’ deep roots. Yet it will also ensure that law enforcement acts as a filter for, and not a reflection of, society’s worst tendencies.