Media Sensationalism and the “Affaire Villemin” 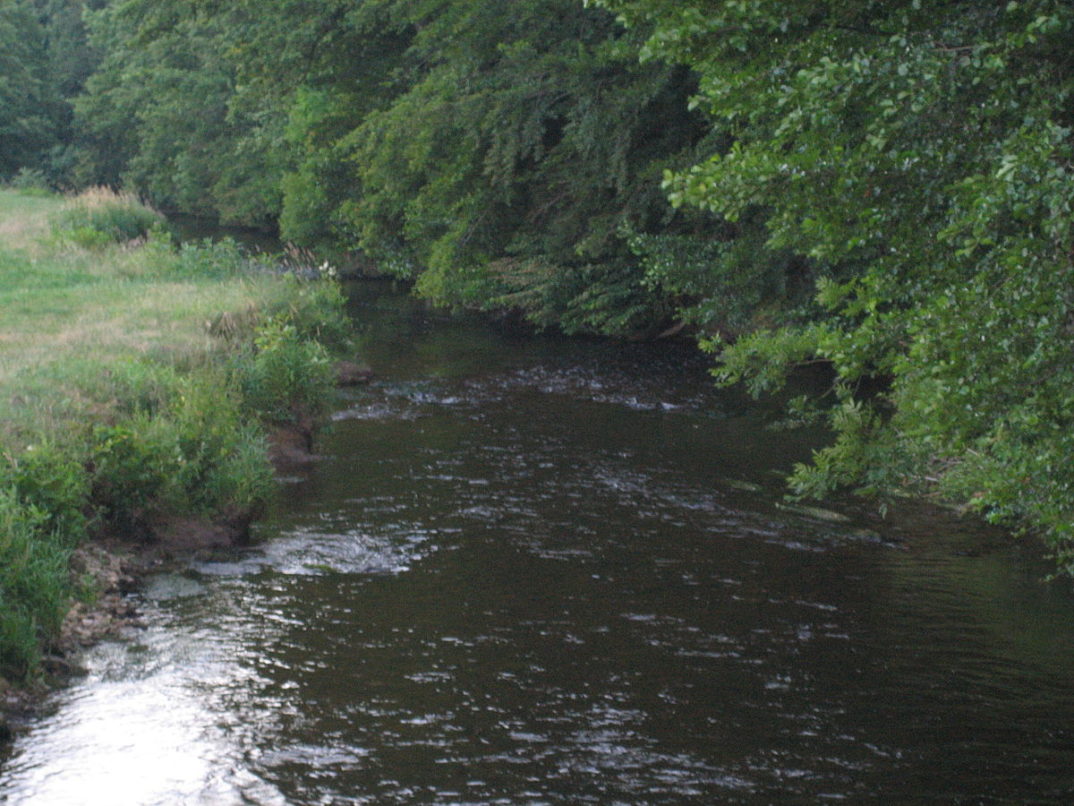 “The Vologne, where Gregory Villemin’s body was found” by Raphael Tassin is licensed under CC BY-SA 3.0 (via Wikipedia)“

The case of Gregory Villemin is well known in France, to the point that it is frequently referred to as the “Affaire Villemin.” Gregory was a four-year-old boy who was found dead in 1984, in the waters of the Vologne River in eastern France. There was intense media coverage of the case’s details, but ultimately, the murderers were never found.

Now, the case has been reopened. Last week, the police arrested Marcel Jacob and Ginette Villemin (an uncle and the half-sister of the boy’s father, respectively) for further questioning. In the years prior to the murder, Jean Marie Villemin (Gregory’s father) had received threatening calls. Some of these calls were recorded, but the police was never able to match the voices to any particular suspect. The day after the boy’s body was found, an anonymous letter came in, claiming responsibility for the crime and justifying it as revenge against the boy’s father.

Bernard Laroche, a cousin of the child’s father, was charged with murder, based on accusations coming from Laroche’s teenage sister-in-law. But, she retracted her testimony alleging she was under police pressure. Laroche was released, but Jean Marie Villemin swore on national TV that he would kill Laroche. The authorities did not consider it necessary to provide protection to Laroche. Villemin kept his word, and killed Laroche.

Then, on the basis of flimsy evidence, the boy’s mother, Christine Villemin, was arrested. Her handwriting allegedly matched the anonymous letter sent the day after Gregory’s body was found. But eventually, she was also released, as the authorities determined that there was no real match.

From an ethical perspective, this case is disturbing, not only because of the gruesome details, but also due to negligible morality of the media’s coverage. The case has some resemblance to JonBenet Ramsey’s tragic fate. Ramsey’s story was so sensationalized by American media, that ultimately, a mentally disturbed man stepped forward falsely claiming that he was the murderer. At least in that case, there were no additional deaths to lament. However, in the case of Gregory Villemin, there was indeed an additional crime: the killing of Bernard Laroche by the boy’s father. Although in this type of situations passions always run high, it could be argued that the sensationalistic approach to the case by the media made it all too easy for Jean Marie Villepin to kill his own cousin.

In The United States, social critics have long written about the “Missing White Woman Syndrome”. This phrase refers to the phenomenon of disproportionate media coverage to upper-class white women who go missing, and then are ultimately found dead. Typically, these stories (statistically marginal) inspire tough-on-crime policies, which ultimately fail to take into account the real complexities of crime and violence in particular areas.

The case of Gregory Villemin does not fit entirely into this mold, but there are some resemblances. In Europe, there has not been much concern for missing white women. But, there is a very long tradition of revering murdered children, and sensationalizing the accounts of their deaths, often with clear political and religious agendas.

Surely the most famous case was that of William, a boy from Norwich in the 12th Century. He was found dead, and the culprits were never found. But, years later, one Thomas of Monmouth wrote a chronicle narrating the little boy’s murder, in a tremendously sensationalist tone. Monmouth blamed the Jews for the atrocity, alleging that the murder was part of a bloody ritual. Hence, the infamous “blood libel” was born. Eventually, in the following centuries all over Europe, new stories of murdered children appeared, again with the same pattern of blaming the Jews: Hugh of Lincoln, Simon of Trent, Harold of Gloucester, etc.

Christian pilgrims would flock to these sites to venerate the martyrs. But, of course, it was not harmless veneration. The cult of these murdered children took on a strong anti-Semitic connotation. The Catholic Church ultimately understood this, and hoping to keep good relations with Jewish communities, suppressed the veneration of these children.

There are no anti-Semitic overtones in the case of Gregory Villemin. The Villemin family comes from a blue-collar, working French background, and the suspects are not part of another ethnic or religious group. In fact, the insidiousness of the crime, and the suspicions that family members are involved, make it more appealing to the media.

But, very much as in the cases of martyred children in the European Middle Ages, the violent death of a child has great potential for sensationalism, and this plays into the hands of morbid entertainment. No particular ethnic or religious group is targeted as a result of the extensive media coverage. Unlike the cases of murdered children in the Middle Ages, we will not expect pogroms to take place. But, we will expect immoral entertainment, in the same manner that Thomas of Monmouth capitalized on sensitivities in order to write his sensationalized account of William of Norwich’s death.

The “affaire Gregory” was an early trial in reality TV, some years prior to the first appearance of more formal shows in this genre. Reality TV has been rightly denounced for an extensive array of moral reasons, but the main criticism is that it is entertainment given to the common viewer, at the expense of real people’s suffering. France is a country currently undergoing many social anxieties. But, after more than 30 years, the case of little Gregory is taken on again by the media, as a spectacle that allows the French people to forget about ethnic tensions, unemployment, and other serious social issues, and instead focus their morbid fascination with the case of a murdered boy, very much as the villagers of Norwich did nine centuries ago.