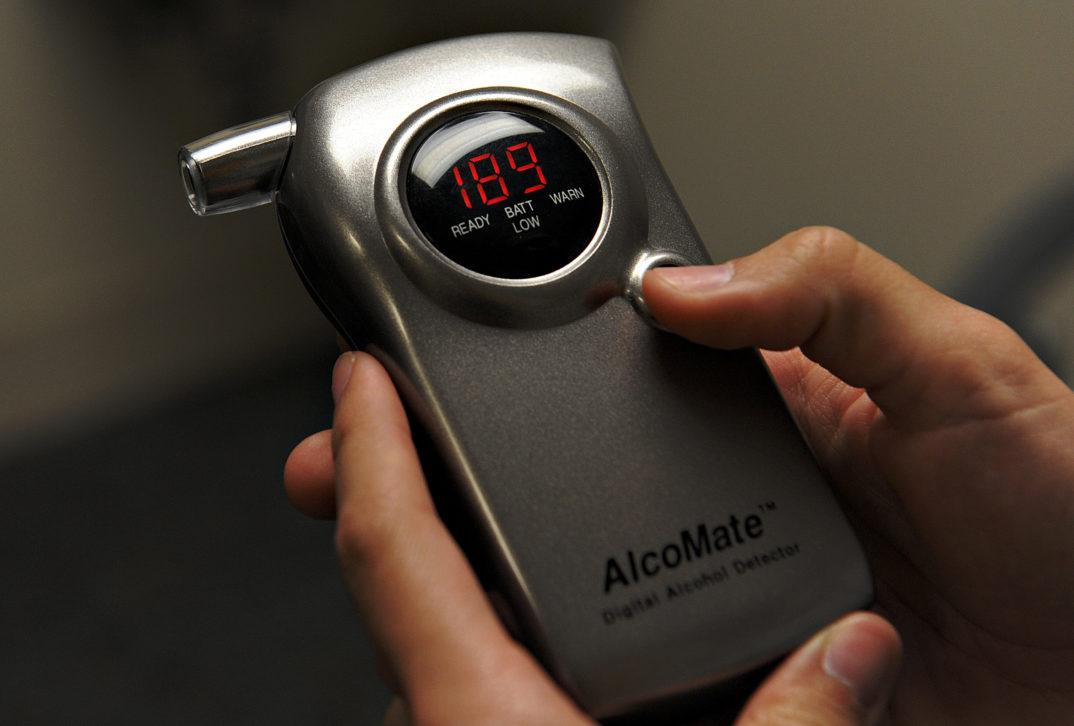 “Breathalyzer” by Jaeda Waffer is licensed under CC0 Public Domain (via scott.af.mil)

The United States has long struggled with a set of deeply divided attitudes toward alcohol.  To be sure, alcohol can be quite dangerous, so it is certainly reasonable to be cautious and concerned about its use in certain contexts.  On the other hand, one of the clear lessons taught by our experiment with Prohibition is that individuals feel that restrictive alcohol policies constitute unwarranted violations of their autonomy.

On March 8, the Utah State Legislature passed a bill lowering the legal blood alcohol content (BAC) limit from 0.08 to 0.05 percent. This law will go into effect in December 2018. Prior to 2002, the legal limit across all fifty states was 0.10 percent.  In 2002, legislation was passed changing that number to 0.08 percent.  When Utah’s legislation goes into effect, the state will have the lowest legal BAC level in the country, and will be the only state with a legal BAC lower than 0.08 percent.  In late March, Governor Gary Herbert signed the bill into law.

Reaction to this legislation has been mixed.  Some argue that it is the moral obligation of state representatives to ensure that their citizenry is as safe as possible.  If we reduce the legal BAC, we ensure safer roads for Utah drivers.  A BAC of 0.05 percent is very low, which might dissuade people from consuming any alcohol at all before they get behind the wheel.  The hope is that citizens simply won’t want to risk it.

Advocates of the law argue further that many countries have BACs of 0.05 percent.  Representative Derek Monson suggests that, “This is common-sense policy in much of the civilized world.”  There is some truth in what Monson is saying.  Countries that cut off their BACs at 0.05 percent include Argentina, Australia, Austria, Belgium, Finland, France, Germany, Greece, Hong Kong, Israel, Italy, South Africa, Spain, Switzerland, Thailand, Taiwan, and Turkey.

Opponents of the law point out that plenty of countries in the civilized world, including all of the other states in this country have legal BACs up to 0.08 percent.  Countries that have a common policy with the rest of the United States in that regard include but are not limited to, Malaysia, Mexico, New Zealand, Norway, Puerto Rico, Singapore, and the United Kingdom.  There are other countries with zero-tolerance policies when it comes to blood alcohol content, but in many of these cases, the consumption of alcohol is illegal altogether in the country in question.

Laws like Utah’s are controversial, in part, because most people simply do not exhibit signs of intoxication at the .05 percent limit.  To many, it seems like governmental overreach to outlaw an action that does no harm to anyone.   Representatives opposed to the law point out that only one percent of traffic fatalities are caused by drivers with BACs between 0.05 and 0.08 percent. The most common BACs for drunk drivers involved in traffic fatalities in 2014, were 0.14 and 0.16, up to twice the legal limit maintained by the rest of the states in the country.

Proponents of the bill point out that, even if the bill would only prevent a small percentage of traffic fatalities, the bill is justified if it prevents a single fatality.  The force of this argument is easily felt.  This position, however, raises important questions about the extent to which we want the legislatures to use deterrence as a justification for the laws that it passes.  Intuitively, even if a deterrence policy would be 100 percent effective in eliminating a socially undesirable behavior, its reliability wouldn’t justify just any deterrence policy.  For example, cutting the hands off of thieves may (but almost certainly wouldn’t) serve as a perfect deterrent of theft by the thief in question and by other future thieves.  Intuitively, however, chopping off someone’s hands is inhumane.  The lack of humanity demonstrated by such a policy is enough to decisively overrule its deterrent value.

Of course, telling someone that they can’t drive after they’ve had a drink doesn’t compare in severity to cutting off someone’s hands.  Where the analogy is meant to be useful is to highlight the idea that the deterrent value of a policy must be weighed against other moral values that we want to preserve.   In this case, we have to strike a balance between the autonomy of citizens and the possibility that citizens might use that autonomy to cause some harm to others.  One reasonable place to draw that line might be to look at the statistics when it comes to the limit at which the likelihood that someone will be hurt is significant.  Opponents of the law contend that the level at which injuries or fatalities become likely is much higher than the 0.05 limit the state has passed into law.

The environment in which the law was passed has much to do with the controversy with which it was received.  The majority (91-12) of members of the Utah legislature are members of the LDS church, an institution that is famous for its complete prohibition on drinking.  Many citizens of Utah who consume alcohol are frustrated that the people who are passing drinking laws have scant knowledge or experience with the subject.  This leads to the passage of laws in Utah that many find quite bizarre.  For instance, until just recently, Utah had laws requiring what people in the area referred to as a “Zion Curtain”—a barrier between the alcoholic beverage preparation area and the patron.  The idea was that, to prevent excessive drinking habits, patrons should not watch their drinks being poured.  Critics point to a total lack of evidence that watching a drink being poured has any connection to an increase in alcohol consumption.

The proposed law has also been met with frustration from businesses that provide entertainment and that cater to tourists.  The economy, to some degree, relies on the tourism that comes along with the skiing industry.  Many are concerned that fewer people will want to visit the state if they view it as a place with puritanical alcohol laws. In a powerful expression of these sentiments, a group opposed to the new law posted a billboard of a woman posing for a mug shot.  The caption beneath the picture reads, “Utah: Come for vacation, leave on probation.”