Just War Theory and the Aims of Trump’s Airstrikes 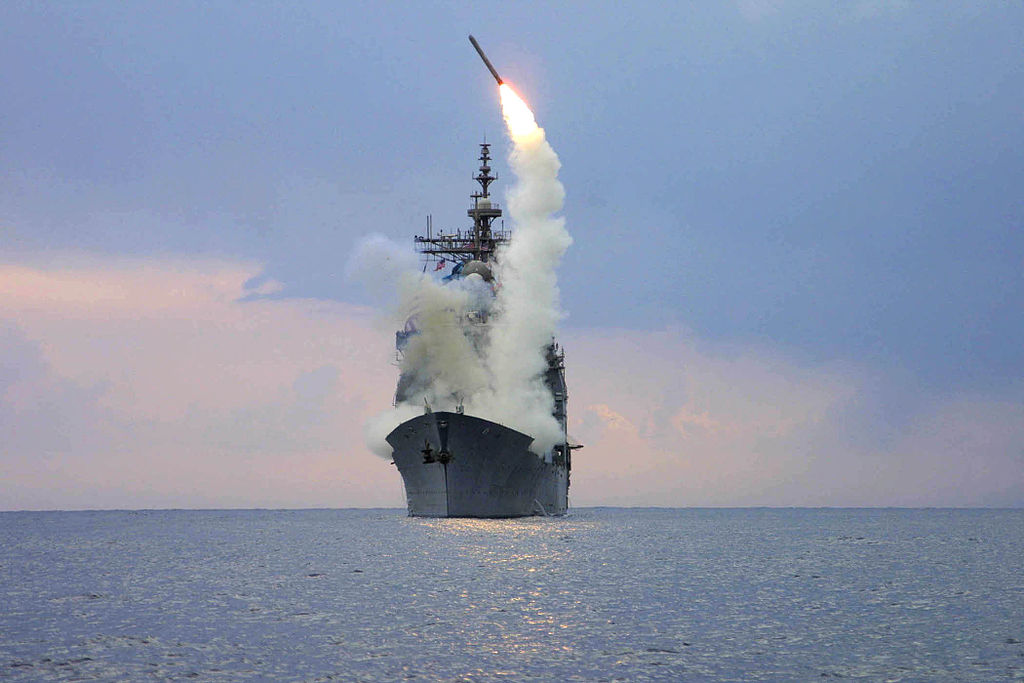 The guiding concern of just war theory is that it is wrong to harm people, therefore it is wrong to harm people en masse, as we do in war. Thus, just war theory stems from the observation that aggression of all kinds requires justification, and the theory attempts to lay out the justification for acts of war. War is aggressive, and it harms and kills individuals as well as damages nations, and therefore we should take seriously the moral weight of the obligations to avoid it. The two principle realms that just war theory addresses are jus ad bellum (justified principles for entering war) and jus in bello (justified principles of conduct within war).

According to just war theory, the only just reason for entering into aggression is to preserve a just and peaceful status quo. The only justified aim to pursue in entering a war is (re-)establishing peace. Retaliation, punishment, or increasing a nation’s international stature or resources; are all unjustified for inflicting the harms of war. Entering into a war should be the response of an injustice committed, and should be pursued only to the extent that justice can be restored (no lost causes allowed). Thus self-defense is a prime cause for a just war, or to defend a party being unjustly injured. Further, all alternatives (social, diplomatic, trade, etc.) must be exhausted before aggression is pursued as a tactic to pursue such an aim. Only legitimate authorities can wage wars – they themselves must be just governments or groups of governments.

Once war has been entered (that is, force and aggression have been taken up as means to achieve peace), just war theory prescribes a narrow code of conduct that will be justified. The aim of war and the means taken to achieve the aim must be reasonable, both in likelihood of attaining the aim and in the proportionality to the wrong being righted. And, crucially, belligerents must observe the principle of discrimination between combatants and non-combatants: The use of force must distinguish between soldiers and civilians. Unpacking this principle is difficult, for there are difficulties both in being precise in the distinction between a combatant and non-combatant, as well as distinguishing the force of the requirement.

What does it mean to preserve a distinction between a combantant and non-combantant regarding your infliction of force? Is it in the intention of your aggression, or the result? Targeting non-combatants is uncontroversially unjust, but taking actions that result in harming non-combatants can be more tricky. Trickier still is categorizing taking actions that are aimed at harming combatants but that are known to result in harm to non-combatants. Imagine, for example, the difference between the following three cases: first, bombing a village of civilians knowing they are civilians (uncontroversially unjust); second, bombing a barracks that happens to be next to a village of civilians (thus a case of the second type – taking action that is aimed at harming combatants but that happens to result in harming non-combatants). Third, the most tricky case: bombing a barracks with full knowledge of the nearness of the village and the casualties that will result. In such a case, your action can be described as “bombing a barracks and village”, even though the village wasn’t the reason you bombed.

Just war theorists differ on the stringency of the principle of discriminating between soldiers and civilians, ranging from claiming that it is never permissible to knowingly cause harm to non-combatants, or that harming combatants is only permissible when no other option is available to proportionally pursue the just cause’s aim, or that causing harm to non-combatants is only permissible when it is not the express aim that is being pursued by the action (thereby adhering to the doctrine of double effect).

How can we see the actions of the various belligerents in the context of just war theory? In both instances of US military action, we engaged as forceful interveners. Thus, we can be evaluated based on whether our cause for doing so meets the jus ad bellum principles of just war theory. It is clear that the missile strike in Syria wasn’t based on any aim of self-defense, so in order to be justified, the missile strike would have to be able to qualify as a humanitarian intervention.

The suffering that has resulted from the Syrian civil war is undeniable. This is not even the first time that Assad’s regime is reported to have used chemical weapons – since a 2013 UN fact finding mission found that sarin gas was used against civilians in Syria, and the Obama administration faced the question of intervening, there have been periodic claims that chemical weapons have been used by ISIS and the Syrian military. The civil war has also led to a massive international refugee crisis, with civilians fleeing the harms of the internal fight for power.

The aim of stopping this unjust suffering seems to qualify as a just reason to intervene according to the principles of jus ad bellum, but we can’t forget the other parameters – would intervening by force be likely to restore a just peace? Is that a faithful characterization of the aim, rather than to punish those who have committed the atrocities? Recall that retributive, or punitive, aims of the use of force are not justified according to just war doctrine. How does the airstrike in Syria connect to the restoration of a just peace – the use of chemical weapons has been conducted, the airstrike didn’t end the use of chemical weapons. Connecting the aims of the intervention with the harm such intervention is meant to avert seems to be a difficult matter, at least insofar as the action will qualify as meeting the jus ad bellum principles laid out by just war theory.

On the other hand, in both the cases of the airstrikes in Syria and the use of the huge, “massive ordinance air blast” bomb in Afghanistan, civilian deaths seem to be avoided. This meets one of the standards of jus in bello – how to go about using force once you’ve decided to engage – by maintaining a distinction between military and non-military targets. (Note: Other US airstrikes have been killing many Syrian civilians).

The background context of moral justification for just war theory is that we shouldn’t harm persons – that as individuals we have a right not to be harmed, and therefore the burden of justification for causing such harm is quite weighty. Other moral systems don’t stem from personal rights in this way, and instead focus on overall results. For instance, consequentialist views could say that a disproportionate response to an injury may be justified if it produces good results. The insight guiding consequentialist views isn’t necessarily the moral weight of causing injury to persons, but rather the weighing of options in order to produce the best result. For such views, accepting means that cause harm to some in order to bring about an end that is good for the majority can be the best option.

Retributive motives, or trying to deter future atrocities by displaying threatening behavior, can be justified on consequentialist grounds. Causing harm in order to prevent greater harm in the future (say, by engaging in airstrikes in order to prevent future chemical weapon attacks) could fit this justificatory model.

For both consequentialists and just war theorists, there needs to be a reason that a belligerent is intervening and causing harm. It is important to be clear about what our aim is when we deploy force in another country. We are the aggressors, and we are causing harm.  If our aim is to intimidate, to threaten, or to deter regimes from producing future suffering, then the pressure for proportionality is less clear than the aims put forward by the principles of just war theory. If the aim is to use force only to conclude current suffering, the use of force is more restrained. Either way, intervention can may be effective at ending suffering, if that is what it is truly aimed at.