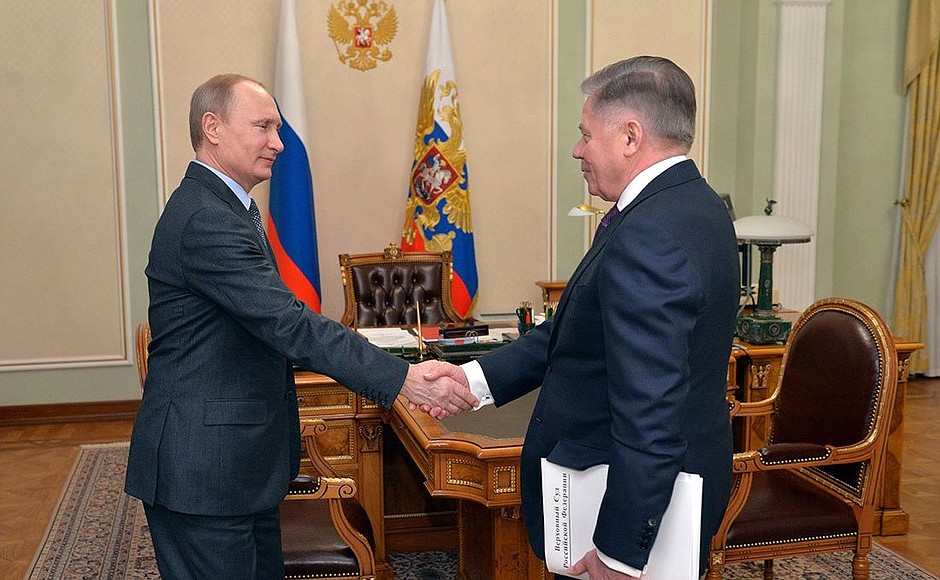 In April 1951, 9,000 Jehovah’s Witnesses boarded the Trans-Siberian railway and were sent to the far eastern corner of Russia, where they would effectively disappear. In both Nazi Germany and Stalinist Russia, Jehovah’s Witnesses were accused of being unpatriotic. Adherents to this sect of Christianity don’t vote, don’t attend patriotic statements that glorify violence, and don’t participate in war. In Nazi Germany, they refused to profess “Heil Hitler”, and now under Vladimir Putin, they refuse to join the Russian Orthodox Church or publicly oppose Syrian rebels. On April 20, Russia’s supreme court labeled Jehovah’s Witnesses an extremist group, putting them on the same level as other militant extremist groups like Al-Qaeda and IS. Russia’s supreme court ordered that the Jehovah’s Witnesses’ Russian headquarters be closed, as well as their 395 local chapters.

The most striking part of this court decision is that Jehovah’s Witnesses are pacifist, and haven’t even called for non-violent protest in Russia.  Andrei Sivak and Vyacheslav Stepanov, two elders of the Jehovah’s Witnesses church in Russia, were put on trial for extremism. Although they were accused of “inciting hatred and disparaging the human dignity of citizens,” the court couldn’t find any evidence for violent extremism. Instead, the court focused on the church’s insufficient patriotism. Since Jehovah’s Witnesses are pacifist, apolitical, and refuse to adopt government-run religion like the Russian Orthodox Church, these 170,000 Russian citizens are effectively out of Putin’s control.

This decision comes at a crucial time in Russian politics, when American missile attacks are escalating tensions with Syrian rebels. Why would this court ruling happen now? In an NPR interview, Andrew Roth, a Moscow correspondent for the Washington Post, explains why “Russian Orthodoxy” is important. Roth states, “There is an important symbiosis between religion and the political power in the country. And so the Orthodox Church and the Kremlin have walked in lockstep. And I think it’s fair to see that this crackdown is in some ways sort of influenced – growing influence of Orthodox Christianity and a view of Christianity that can support the Kremlin’s aim.”

However, the Jehovah’s Witnesses Church is planning to appeal this month’s ruling, and there’s a decent chance that it will be overturned. Human Rights Watch criticized the ruling as a “terrible blow to freedom of religion and association in Russia.” Furthermore, the European Court of Human Rights has repeatedly ruled in favor of the Witnesses for the past two decades. If the supreme court decision is upheld, Jehovah’s witnesses could be soon facing exile and imprisonment, not all that different from in 1951 in Stalin’s Soviet Union.