What Happened at Ramjas: Tyranny of the Nation 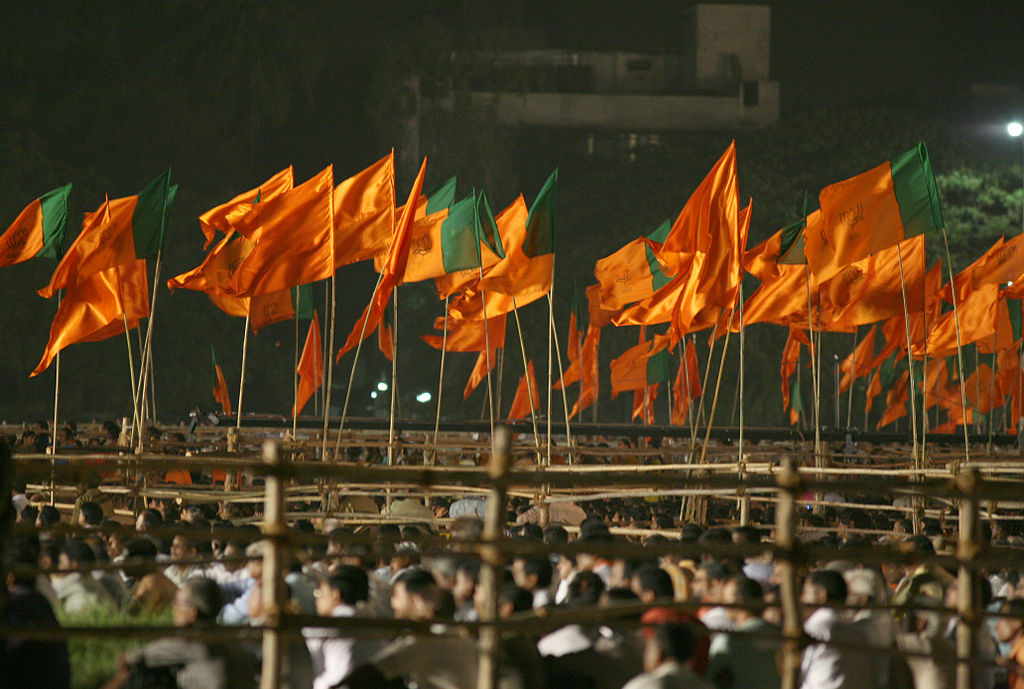 The censorship, riots, and public outcry surrounding the events at Ramjas College in Delhi, India, sparked public debate about the future of India as a democracy. What happened at Ramjas – as explained in the first article of this series, “What Happened at Ramjas : A Voiceless India“ – was a clear violation of Indians’ right to free speech under the name of nationalism. Identifying the philosophical structures used to justify actions on both sides will help us gain a better understanding of a pressing issue facing modern day India.

Nationalism, loosely put, is a political philosophy characterized by deep communitarianism and a fervent defense of national identity and sovereignty. While it is a great threat to a liberal democracy, there are perhaps some justifiable reasons for the Indian government, and even law, to be so sympathetic towards nationalism.

The concept of India as a unified state was a precarious proposal at the time of its independence in 1947. The nation’s founders were acutely aware of the great task that unification would pose. Inspiring unity among a people of vastly different languages, religions, cultures, and ethnicities without separatism would be difficult. There is historical context to such worries as well, as can be seen in the bloody story of India’s Partition. While India was seeking independence from the British in 1947, Muslims were seeking independence from Hindus – an effort out of which Pakistan was violently carved out of India, based on Muslim and Hindu majorities. With tangible worry about India’s possible inability to maintain a peaceful society, the notion of nationalism would have seemed attractive. Enforcing a strong national identity and solidarity among the public may have been India’s founders’ only way to ensure that the country maintain its sovereignty and unity.

Rousseau, perhaps the most famed and influential communitarian philosopher, supported sentiments of nationalism as he recognized the importance of equality and fraternity. Some of the most acute criticisms of his work, however, stem from his remarks in the Civil Religion chapter of On The Social Contract. In it, Rousseau argues that the sovereign of a country must establish a civil faith for the purpose of socializing the masses, writing that “while not having the ability to obligate anyone to believe in [the civil religion], the sovereign can banish from the state anyone who does not believe in it … as an anti-social being.” This last term is eerily reminiscent of the rhetoric of “anti-nationals” used by the Bharatiya Janata Party (BJP).

Rousseau points out that under nationalism, there is a necessity for a common faith or culture that unites forcefully all members of the nation. And when this is not possible, the minority is merely enslaved into the culture of the majority. The way the BJP does this is through religion.

As a Hindu nationalist party, the BJP’s policies are founded on ideas about superiority of Hinduism against other minority religions, specifically the Muslims. The party finds its roots in the Rashtriya Swayamsevak Sangh (RSS), its parent organization whose aim is to make India a Hindu Rashtra or “Hindu Nation.” As noted by Professor Sunil Sahu of DePauw University in his work, “Religion and Politics in India: The Rise of Hindu Nationalism and the Bharatiya Janata Party (BJP)“, these politicians draw their “ideology from the writings of V.D. Savarkar, who argued that, ‘virtually everyone who has ancestral roots in India is a Hindu and collectively they constitute a nation’” – and in comes the concept of a Hindutva or “Indianess,” as Sahu put it.

Another influential BJP thinker who Sahu cites, Madhav Sadashiv Golwalkar, preaches that the “role of the non-Hindu in the Hindu nationalist state…[must be] wholly subordinate to the Hindu nation, claiming nothing, deserving no privilege, far less any preferential treatment – not even citizen’s rights.” Though the BJP and its views were unpopular for the majority of Indian history, they have gained increasing popularity in the last few decades. In the face of such a “tyranny of the majority” and robbing of individual rights, the threats of nationalism come to light.

A common answer and opponent to nationalism, liberalism, is a political philosophy concerned with individual liberty and the ways in which society and the government ought not to infringe upon it. Proponents and founders of this thought, philosophers Immanuel Kant and Thomas Hobbes, would agree that “individuals have fundamental value and in consequence have a claim to moral and political self-determination usually characterized in terms of rights to freedom and equality,” as explained in the book Liberalism and Nationalism by Paul Kelly. Liberalism, and the rights that come from it, are crucial in their formation of the pillars of a democracy. The events at Ramjas, however, proved to violate the liberty and rights of India’s youth. The ABVP infringed upon their right to free speech, as the government remained dangerously complicit.

This is an old and ongoing struggle of a young nation still finding its way. Through colonialism, partition, and instability, India has survived. Despite today’s rising menace of religious nationalism under a disorganized government, there are voices of hope. In response to what happened at Ramjas, students around the country spoke up boldly in person and on social media. Activist Gurmeet Kaur told the Indian Express in an interview, “It’s about time we stand up for our own rights. We must declare that as students of this country that we will not take your violence, and we will not fear the ABVP.”

Upon return from his arrest, Umar Khalid said in a rally at Jawaharlal Nehru University (JNU)’s Freedom Square, “The ABVP has been foolish in thinking that it could break us. Break our movement. Break our community. Or most importantly, break our ideals.” Naomi Hazarika, a master’s student at JNU said, “For as long as we have known, ever since the freedom struggle, the first seeds of dissent came from students in universities,” reminding us of the place of universities in this struggle against oppression of any kind. Championing fervently for the ideals of free speech, equality, and liberty – it is only these voices of resilience and unwavering hope that will get us through such times of uncertainty.