Finding Consciousness in the Humble Honeybee 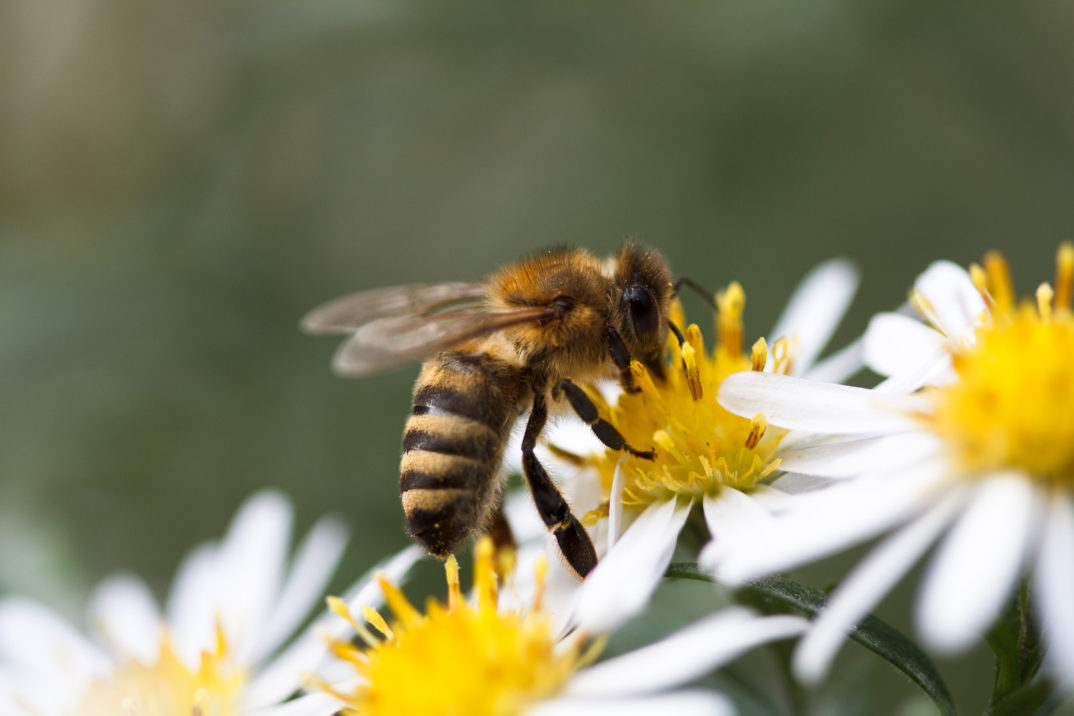 Though previously a point of contention with artificial intelligence and apes, consciousness and awareness are now possibly exhibited by insects — most specifically bumblebees and honeybees. In 2012 a group of scientists released the Cambridge Declaration on Consciousness. They had been reevaluating the “conscious experience,” and concluded that “humans are not unique in possessing the neurological substrates that generate consciousness.”  This statement revolutionizes the idea that consciousness is reserved for higher mammals.

Since 2016, scientists have been leaning toward looser definitions of consciousness, and honeybees and other insects exhibit many of the newly established characteristics. While insect brains are composed differently than a mammalian or human brain, functionality is notably similar; an insect’s brain serves seemingly the same purpose as the human midbrain, which allows for awareness of environmental factors and memory. Living awareness is itself special: a Roomba vacuum is technically aware, as it can respond to environmental stimulants, but it isn’t conscious. However, a bee can feel that it is a bee – it is aware of itself and of feelings.

Even more groundbreaking, bumblebees now show that not only are they aware, but they are capable of learning new tasks. Bumblebees can be trained to complete tasks that are not naturally intuitive, like dragging a ball to the center of a circle. They seem to learn by observation, and best when they can see another real bee completing the task. However, the bumblebees’ newfound ability shows that despite the size of their brains, they are not limited to simple, naturally encountered tasks.

What’s more, the lead author of the study, Dr. Olli Loukola reports, “The bees solved the task in a different way than what was demonstrated, suggesting that observer bees did not simply copy what they saw, but improved on it.” Typically, the bees learned best by mimicking another bee that had already learned the task and was duly rewarded or a model bee. Other bees, who were trained with a “ghost” magnet that moved the ball to the center of the circle or were presented with the ball already in the center with a reward, did not have such a high rate of success. For a video, check out the New York Times article that reports the findings.

The ethical considerations wrapped up in bees’ brains are subtle but far-reaching. For example, what does it mean to harm insects, which are self-aware and conscious to a degree? To address this question, the Cambridge Declaration has some insights. One of the framing arguments of the declaration is that just because human and non-human animals are often unable to communicate about their internal states, that does not mean such internal states do not exist. I’ll certainly consider that next time I want to swat a fly, but in ways ascribing consciousness to insects imposes on them a sense of intention. Are mosquitos biting with malice? Of course, they likely are not, but they may be more aware of their actions than we often attribute to them.

Consciousness in nonhuman animals also brings up some troubling questions on animal cruelty or abuse. We tend to be more sympathetic to mammals because of their perceived biological similarities to us. However, if insects are also capable of the feelings we ascribe only to apes or our pets, how might that change lab experiments on insects? High school fruit fly labs are now tinged with a greater moral ambiguity.

There is no clear answer for whether one should experience an ethical dilemma on every summer evening outdoors when mosquitoes are out in full force. Perhaps, however, this newfound information about insects and nonhuman consciousness should provoke a greater awareness of our fellow living beings.