Should We Avoid or Engage Moral Dilemmas? 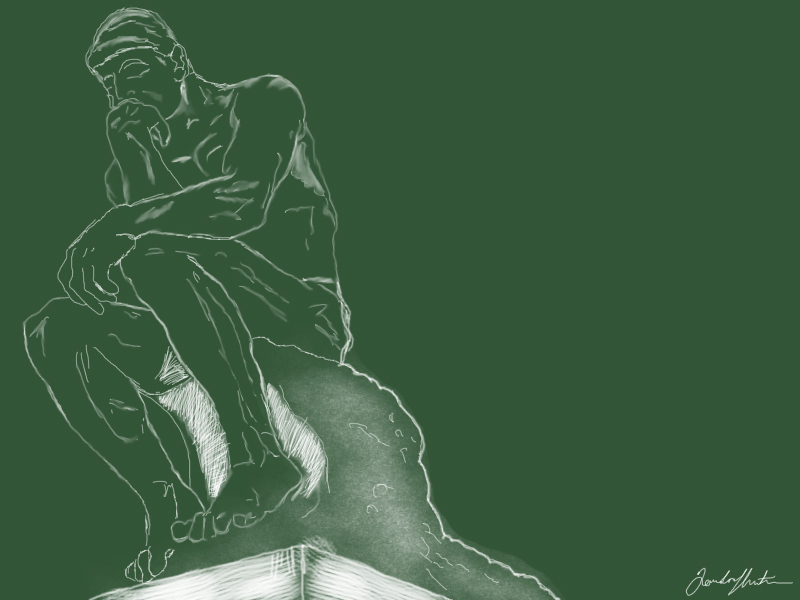 It is common for parents to teach their children to avoid moral danger. Parental advice includes avoiding certain peer groups, adhering to a curfew, and ensuring that responsible adult supervision is always present.  Parents tend to think that these kinds of policies make it more likely that their children won’t encounter situations in which they might make bad decisions.

Plenty of people think this is the best approach – not just for children, but for adults as well.  Many philosophers and religious leaders advise their adherents that purity of soul requires circumvention of participation in situations that might lead to moral degeneration.  For example, in his work, The Foundation and Construction of Ethics, Franz Brentano advises his readers to avoid “everything that is apt to promote a vicious disposition.” As we plan our moral lives and think about the kind of characters that we want to develop, we each need to adopt a personal strategy concerning whether we should avoid moral dilemmas or whether we should engage them.

It is difficult to know whether Brentano’s advice should be taken seriously and, if it should, under what circumstances it should.  Some moral situations are more perilous than others.  Some involve potential outcomes that are serious or dangerous, while others, though the stakes involve something of moral import, are relatively trivial or minor.  To complicate matters, not all situations are equally morally perilous for all people.  One scenario might play on the weaknesses of one individual, while another person might face the very same situation with little difficulty.  In some situations, the virtuous character of the individual is not the only thing at stake, perhaps because the individual is acting as a representative of a larger group, or because the well being of others is, in some way, affected by the decisions that he or she makes.

To illustrate how these approaches work, consider the following example.  Betty is invited to lunch by her friend, Jan.  Recently, Betty has had her doubts about spending time with Jan.  Jan enjoys gossiping about their mutual friends, and Betty feels she is doing something morally wrong every time she participates in conversations of that type.  She considers two different ways of dealing with the situation.  First, she could have lunch with Jan.  If Jan begins to gossip, Betty can vocalize her concerns about saying unkind things behind the backs of their friends.  Her hope is that such a confrontation will cause Jan to reflect on her action and might prevent her from gossiping in the future.  But Betty is concerned that she will not be strong enough to follow through with her plan and might engage in the gossip to avoid confrontation.  The second alternative is for Betty to decline the lunch invitation and stop socializing with Jan.  In this case, there is no way that Betty will cause Jan to stop gossiping, but she can be sure that she does not engage in the behavior herself.  Here, Betty must weigh the values of different potential approaches.  Betty thinks the goodness of avoiding the morally bad action outweighs the goodness of possibly preventing Jan from gossiping in the future.  She opts to avoid the moral dilemma and  cancels the lunch date.

Those who bet on the moral dilemma engagement approach think that the possibility to do a moral good outweighs the possibility of possibly doing a moral evil.  Imagine Kate, who feels the same way as Betty.  Kate is also bothered by Jan’s gossiping, but she thinks that the good to be done by potentially putting an end to Jan’s bad behavior outweighs the badness of potentially slipping up and engaging in the gossip herself. She attends the lunch and confronts Jan. The result is that Jan’s behavior changes, because Kate engaged the moral dilemma and made the right choice.

I’ll call the second argument the “Above the Fray” argument, and it looks something like this.  A person is morally responsible for a moral harm caused by a decision if and only if they were responsible for making the decision that caused the moral harm.  If a person avoids moral dilemmas, they can avoid being involved in decisions that cause moral harm. Therefore, if a person avoids moral dilemmas, a person can avoid moral responsibilities for harms caused by decisions.

What are the arguments in favor of moral dilemma engagement? First, moral engagement gives us the opportunity to develop our moral characters.  It is not enough to do simply what Brentano suggests—subject ourselves to absent hypothetical moral scenarios.  When we do this, we don’t gain the knowledge that is necessary to effectively take the right kinds of things into consideration when making moral choices.  The Preservation of Character Argument assumes that our characters start out pure and are corrupted by engagement with the world.  It seems at least equally plausible that, like the rest of of our intellectual capacities, our characters begin with undeveloped capacities that we can refine with practice.  It is through exposing ourselves to a diversity of experiences that we develop of characters.

The second argument in favor of the moral dilemma engagement  approach is also related to the development of moral character.  Empathy is crucial when navigating moral disputes. Ethical dilemmas almost always involve conflicts between the interests of different individuals or groups.  We can only put ourselves in the shoes of others if we have some sense of what it is like to wear those shoes.   It is hard to take the interests of another group seriously if you have no idea what they are experiencing.  Developing a strong sense of empathy requires engagement with the world.

The third argument in favor of moral dilemma engagement is that it is likely that our moral avoidance is guided by implicit bias in a variety of ways.  We are told when we are young that we should avoid hanging out with the “wrong crowd.”  The trouble with this is that the characteristics that identify a person as a member of the “wrong” crowd may be things like race, ethnicity, or socioeconomic status.

Finally, moral dilemma engagement might be a better approach because when we engage dilemmas, we stand a chance at making the world an objectively better place.  We make the right decisions only if we put ourselves in situations to make decisions in the first place.