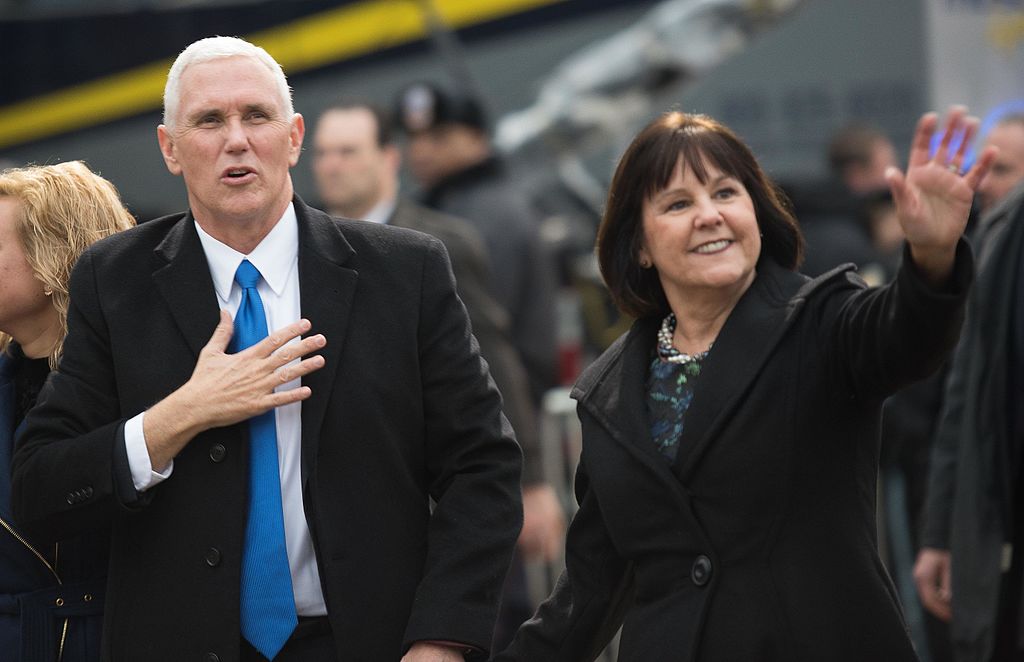 On March 28th, a Washington Post profile on Mike Pence’s wife, Karen Pence, emphasized the closeness in their marriage by reiterating a controversial policy of theirs: Mike Pence does not eat alone with any woman besides Karen, nor does he attend any event that has alcohol present without her. While some laud this commitment to honoring and protecting his marriage, others have voiced concerns about the practicality of following such a rule and fairly performing the roles of his professional position.

Given the demands of the career Pence is pursuing, it seems like that business is sometimes conducted during one-on-one meetings or events where alcohol is present. In politics, networking is crucial, and work hours may extend into mealtimes. (Consider the arguments Republicans have been putting forward in defense of Trump’s frequent use of Mar-a-Lago to conduct the business of the president.) Pence’s self-imposed rule regarding how and when he will interact with women thus will impact how he is able to perform his job. It will limit the interactions he can have with an entire gender.

Is this practical? And is this fair?

Under some conditions, we grant reasonable accommodations to individuals that do not or cannot perform the tasks of their position. If, for example, a job requires an employee contact the public by telephone, an employee with a hearing disability could perform the duties with a TTY device. An employee with lupus may have difficulty performing the tasks of a cashier, because the duties are typically performing while standing and the employee may become fatigued easily. In order to facilitate the performance of her duties, she can be accommodated by being allowed to sit on a stool.

More pertinently, it is illegal not to grant accommodation to employees for their deeply held religious beliefs, unless doing so would cause more than a minimal burden on the operations of the employer’s business. Examples of religious accommodation include granting exceptions to dress requirements if it conflicts with an employee’s belief system (if, for example, short skirts aren’t consistent with modesty regulations, or head coverings are required in the employee’s religion), or adjusting schedules or granting leave to accommodate ceremonies and holidays.

Underlying the laws that require employers to grant these accommodations are core values of a liberal society. Neither circumstances of disadvantage or the values or belief system that you happen to have should hold you back unreasonably from being able to earn a living or pursue a career. Crucially, it is important that individuals have the liberty to pursue their deeply held beliefs, especially when these beliefs do not cause harm to anyone.

Does Pence’s policy pose any problems for the values of fairness or accommodation? If we grant that his job is made more difficult for having this policy, what then does this mean for his work environment? Pence’s rule isn’t explicitly about the workplace – he still works with women and can have one-on-one meetings with women as long as they are not over a meal, or including alcohol. However, rules like Pence’s put pressure on being able to have a workplace that is open to all genders.

The purpose of accommodation is rooted in the aim of allowing individuals fair access to careers. Discrimination based on one’s deeply held beliefs undermines the value of individual autonomy and pluralism. Because taboos around being alone with the opposite sex are present in multiple religions, the justification for adhering to policies like Pence’s in the workplace needs to be addressed.  In Orthodox Jewish and Islamic communities, unmarried women and men are encouraged to not be alone together in closed rooms. So where does reasonable accommodation end? If I believe that it is immoral for genders to meet alone at all, not just over meals, what burden should that place on me, or my employer, or my coworkers? If I cannot be alone with coworkers that are the opposite gender and my job requires such meetings, does that warrant accommodation? How is this belief different than those that typically qualify for accommodation?

The first thing to note is that Pence’s policy isn’t just affecting Pence – it affects the people he works with – namely, women. This policy restricts the actual meeting possibilities that women can have with Pence (while not doing the same for men – he can meet with them outside the office, with valuable networking able to be pursued there, as well as simple things like lunch meetings not raising concern). Also, besides the real impact of the meetings, it is troubling that this policy creates a work environment where women are treated differently on the basis of being women.

Thus, we can think of this belief, deeply and sincerely held though it seems to be, in different terms than those that warrant accommodations like dress code exemptions or scheduling changes for two reasons. First, it affects the way that others can work with Pence, and second, it is not neutral with respect to whom it affects. Respecting this belief by allowing Pence to interact only with male coworkers in some settings requires the workplace to accept differential reasons, or differential treatment, for some rather than others, thus is objectionably discriminatory.

So, we can ask – can we treat this belief as something to be accommodated? If Pence cannot meet alone with women over food or around alcohol, could we correct for this in order to avoid the detrimental effect on women in the workplace? The problem is that women are being burdened by missing out on potential advancement or work experiences. We could solve this by enabling the meetings to take place. Pence cannot attend such meetings with the women alone, so an accommodation would be to provide an individual who would shadow Pence, allowing him to engage with women throughout the day without worrying about his policy.

This chaperone for Pence would accommodate his commitment to avoid being alone with his coworkers in circumstances that nevertheless may arise that are relevant for his job. Thus he can have his commitment and perform his duties without burdening others. Whether this accommodation is reasonable is a further question.