A Women’s Council, Without any Women 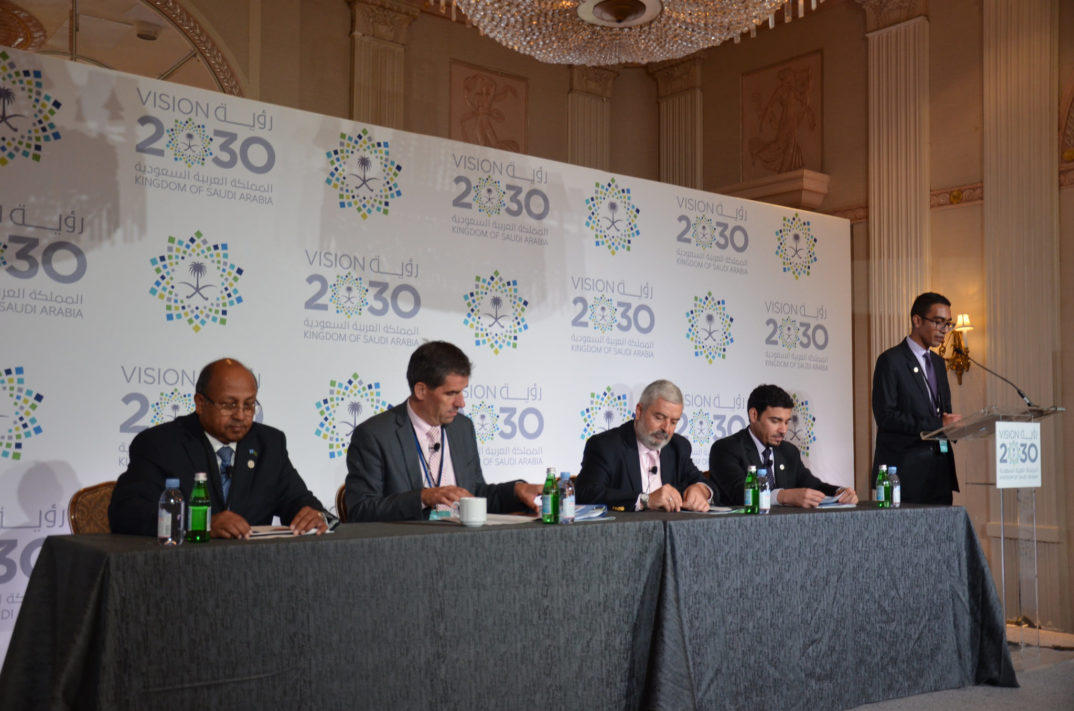 This past week, members of the first Qassim Girl’s Council, a provincial group in Saudi Arabia that discusses issues regarding women’s rights within the Qassim region, met publicly to begin discussions on how they can meet certain goals laid out as part of their Vision 2030 program. Despite the seemingly good intentions of a council like this, the photographs from this conference present a different narrative. The dark reality of this meeting can be seen through the photographs of strictly men sitting in on the conferences. The women that were part of the Qassim Girl’s Council were reportedly in another room being connected via video stream, adhering to the strict laws of gender separation outside of familiar ties that is practiced in Saudi Arabia. Photographs of this meeting garnered significantly more attention in the United States after being compared with the photographs of President Donald Trump signing abortion legislation while being surrounded by powerful, white, conservative males. The moral issues presented here cover a host of topics, but the main focus of this issue is whether or not men have the right and/or autonomy to govern the rights of women.

During 2011, for example, legislation was passed in all 50 states regarding women’s reproductive rights. 1100 provisions related to reproductive rights were introduced, while 135 new provisions passed. Ninety-two out of the 135 new provisions specifically targeted abortion rights for women. In addition, for the 2015 year, 396 anti-abortion laws were considered, while 57 anti-abortion laws were passed. Consider that the 2015 Congress alone was roughly 80 percent male, and these statistics carry over to the state level fairly pervasively. So, a significant amount of laws surrounding women’s rights must be made by lawmakers who are women? Unfortunately, this barely ever is the situation that plays out.

Instead, men have consistently and continuously tried to find ways to regulate the rights of women over their own bodies. Outside of the domestic strategies used by abusive partners, including forced pregnancy and other forms of “reproductive coercion,” legislators have tried to pass laws to legally allow legislators a more formal custom of control over women’s bodies. For example, in 2009, Ohio Representative John Adams attempted to pass legislation that would require the consent of the biological father for women to proceed with an abortion. In addition to the abhorrent proposal, he included stipulations like criminalizing women who gave the name of a “false biological father” and preventing women who did not know the name of the biological father from proceeding with an abortion.

Whether you support abortion or not does not matter in this moral issue specifically. What is important here is the discrepancy in who is making these laws concerning largely women and their rights to their own bodies. Why is there a continuing narrative that men should have any say in this issue or in creating laws surrounding women’s rights to their own bodies? Moving forward, it would be reasonable for us as active citizens to pressure our representatives on these issues and empower the voices of women in legislature and within our culture so their voices are more actively heard.