Should Private Schools be Outlawed? 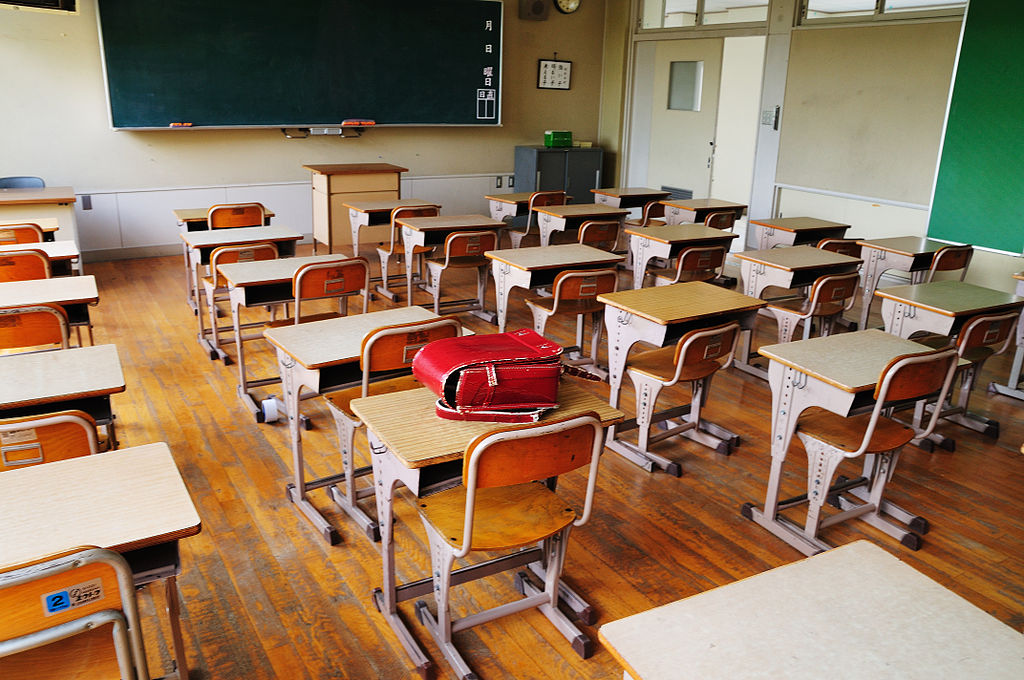 “Heiwa elementary school” by ajari is licensed under CC BY 2.0 (via Wikimedia Commons)

Equal opportunity weighs heavily in American views of education. Not everyone can grow up to be a CEO of a Fortune 500 company, but who gets to be CEO should be determined principally by merit, and not according to skin color, place of birth, or family wealth. Both conservatives and liberals describe education as a driver of equal opportunity. While some may be born into poverty and others born into wealth, a well-rounded education can be the leg up that the poor child needs to compete with the rich kids. The moral case for public education rests on its ability to give everyone a shot to rise to the top.

Most parents also believe they have the right and obligation to do all they can to help their own children succeed. Call this the parental partiality principle. This principle is not absolute. No one claims that you can murder the valedictorian of your child’s school so that your child could become the valedictorian instead. However, the parental partiality principal does seem to license actions taken to benefit your child, even if it may disadvantage someone else’s child. For example, the American Academy of Pediatrics recommends reading to your children to boost cognitive development. Not all parents will read to their children from a young age, and those children will be at a relative disadvantage in competition for coveted jobs and spots at selective universities.

If you read to your child, there will be one more advantaged person out there against which these already disadvantaged kids will have to compete. Of course, however, it would be draconian to ban parents from reading to their children. So, how do you decide if an advantage you provide to your kid violates the equal opportunity principle?

What about sending your kid to a private school, rather than the local public school, or moving your family to a wealthy area to have access to a much better funded public school? Such decisions could disadvantage some children in several ways. For example, it is possible that lower-achieving children would benefit from being surrounded by higher-achieving children. Sending your kid to a private school may deprive others of this benefit (assuming your child is a high achiever). In addition, sending your child to a private school indicates a lack of support for public schools. While you still may pay taxes to the local school district, politicians are less likely to support schools if many have opted out of them.

A recent interview on NPR’s Fresh Air with the journalist Nikole Hannah-Jones shows that some parents question the legitimacy of sending their children to private schools. Hannah-Jones said,

“And I say this—and it always feels weird when I say it as a parent, because a lot of other parents look at you a little like you’re maybe not as good of a parent—I don’t think [my child’s] deserving of more than other kids. I just don’t. I think that we can’t say ‘This school is not good enough for my child’ and then sustain that system. I think that that’s just morally wrong.”

Hannah-Jones, a journalist who covers segregation in schooling, was discussing her decision to send her daughter to the local public school, rather than to a private school which would have offered more opportunities. Her concern was the perpetuation of segregation in schools—both racial and economic—and the gradual decline in support for public schools. She felt that it would be hypocritical of her to be an outspoken advocate of equal access to beneficial public education, while sending her daughter to a nonpublic school that not all people could afford.

Hannah-Jones’s claim that her child is not more deserving than other kids is in line with the equal opportunity principle. Everyone deserves to have good schools. Does that mean that I should deprive my child of a great education just because others cannot also get one? Or, is the parental partiality obligation more important?

Adam Swift, who has written prodigiously on the the morality of private schools, has advanced the following theory of legitimate parental partiality in his essay “The Morality of School Choice” (published March 1, 2004 in Theory and Research in Education). He argues that parents’ fundamental rights to raise and do the best for their children would not be violated if we prevented them from sending their kids to private schools because the importance of parental partiality resides in its role in creating and sustaining valuable family relationships. Forbidding parents to read to their children would be bad, because reading to your kids help build the close intimate relationships between parents and children that are part of what makes human life worth living. So, such partiality is defensible from an impartial point of view. On the other hand, sending your kid to a private school does not contribute to building such close relationships. So, it should not necessarily be protected on that basis.

If Swift is right, that would be interesting, because his conclusion seems counter-intuitive for most parents not as committed to equal opportunity as Hannah-Jones. It is worth bearing in mind these arguments against private schools, given that the current political climate in the United States appears to favor private options over public ones.