Questions of Access as Harvard Law Accepts the GRE 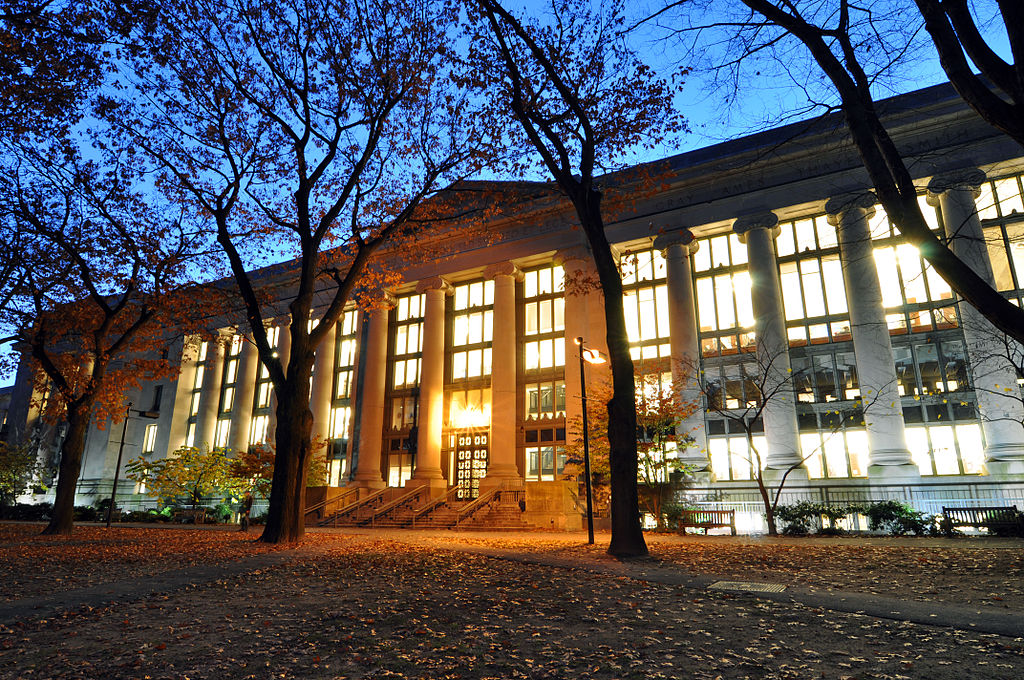 “Harvard Law School Library in Langdell Hall at night” by Chensiyuan is licensed under CC BY-SA 4.0 (via Wikimedia Commons)

Since 1947, the LSAT has been a dark cloud hanging over pre-law students. A student’s LSAT score and GPA have been the main considerations in the law school admissions process for almost 70 years. Law schools have become more and more focused on the mean of their LSAT acceptance scores because it determines their national ranking. Thus, students with low LSAT scores but other qualities may not be admitted to prestigious programs.

Last week, Harvard University revealed their new pilot program that they will accept the GRE or the LSAT for law school applicants. According to Assistant Dean and Chief Admissions Officer Jessica Soban, “the change will encourage more students in the United States and internationally from a greater degree of disciplines to apply.”  While Harvard follows the University of Arizona College of Law and three others in accepting the GRE, Harvard, as the number two law school in the nation, may drastically alter the law school admissions process across the United States.

The LSAT is a standardized test focused on testing a student’s logical reasoning ability, rather than the “basic” skills of vocabulary and mathematics of the GRE.  The test attempts to weed out any students that are incapable and would most likely drop out after their first year, as the test has the strongest correlation to a student’s success in law school. Therefore, the LSAT is currently the most important factor in accepting a student; some argue, however, a student’s LSAT score is twice to even four or five times as important as their undergraduate GPA.

However, the LSAT can be pricey, inconvenient, and limit the diversity among applicants. From LSAT prep courses costing $1,300 to $1,600, to the $180 registration fee, the cost can put a hole in any student’s pocket. The LSAT also has added fees including a $175 standardized service for submitting scores and information totaling over $350 per test. Comparatively, the GRE costs $205 for registering and has a $27 score submitting fee per school. So while the prices are relatively similar, most students are pursuing graduate school and law school simultaneously. Since most students are unable to pay for both tests, students are more likely to lean towards the GRE, which is applicable to a wider range of graduate programs than the LSAT.

Over time, the number of law school applicants has drastically decreased. In 2006, 89,000 students applied to law school, where only 42,000 have applied for the 2017-2018 academic year. Although the numbers aren’t directly comparable because of a change in the counting process over the years, the 2017-2018 applications are still down 1.5% from last year. Since the 2008 economic crash, law-related jobs in the United States have been on the decline. Therefore, more and more students appear to view law school as a poor investment.

Secondly, the LSAT is inconvenient to take. The test is only offered four times each year, where the GRE is offered every day. This makes it more difficult for students to retake the LSAT if they score poorly the first time. Lastly, permitting the GRE increases diversity and the number of applicants. As stated earlier, some students are incapable of taking both the LSAT and GRE; now that law schools are accepting the GRE, students are able to take one test that is applicable for several opportunities. Secondly, the LSAT caters towards political science and history majors, but the drastic innovation in science and technology demand individuals with science, computer science, and other majors to consider applying to law school. Taking the GRE allows a diversified mix of backgrounds, because the law schools can focus on arenas outside of the LSAT scores to accept without hurting their national ranking.

As the door of opportunity opens for students, will Harvard be able to accurately compare students across the board? Before, acceptance was practically determined on a student’s success on the LSAT. Now, the law programs will need to create a scale to equally compare the GRE and LSAT, as well as weigh the importance of extracurricular and particular majors. As discussed earlier, the two tests are drastically different. The LSAT focuses on logical reasoning while the GRE tests “basic” skills. This opens the opportunity for students to send the test that advantages their style of learning more, similar to the ACT and SAT. If a student performs higher utilizing their vocabulary and mathematics skilled compared to comprehension and analytics, they are now able to send in the specific test. Does this put students at a disadvantage who are incapable of taking both tests due to financial or time resources?

Secondly, the process of acceptance becomes more opinion-based than structured. The law programs have the opportunity to be partial to a particular student over another with the integration of outside factors impacting acceptance.  While this gives students who test poorly an opportunity to gain consideration, will the school be accepting the most qualified applicants? The LSAT does have the strongest correlation to student success rate in law school. So adding outside factors enables programs to potentially select more well-rounded individuals from diverse populations, but it might impact the student success rate if the LSAT is not taken into consideration. Harvard and law programs that follow its example will need to strategize an acceptance process that takes into consideration the positives and negatives of taking the GRE in place of the LSAT.