Free Speech and Passport Fraud: On CNN’s Ban from Venezuela 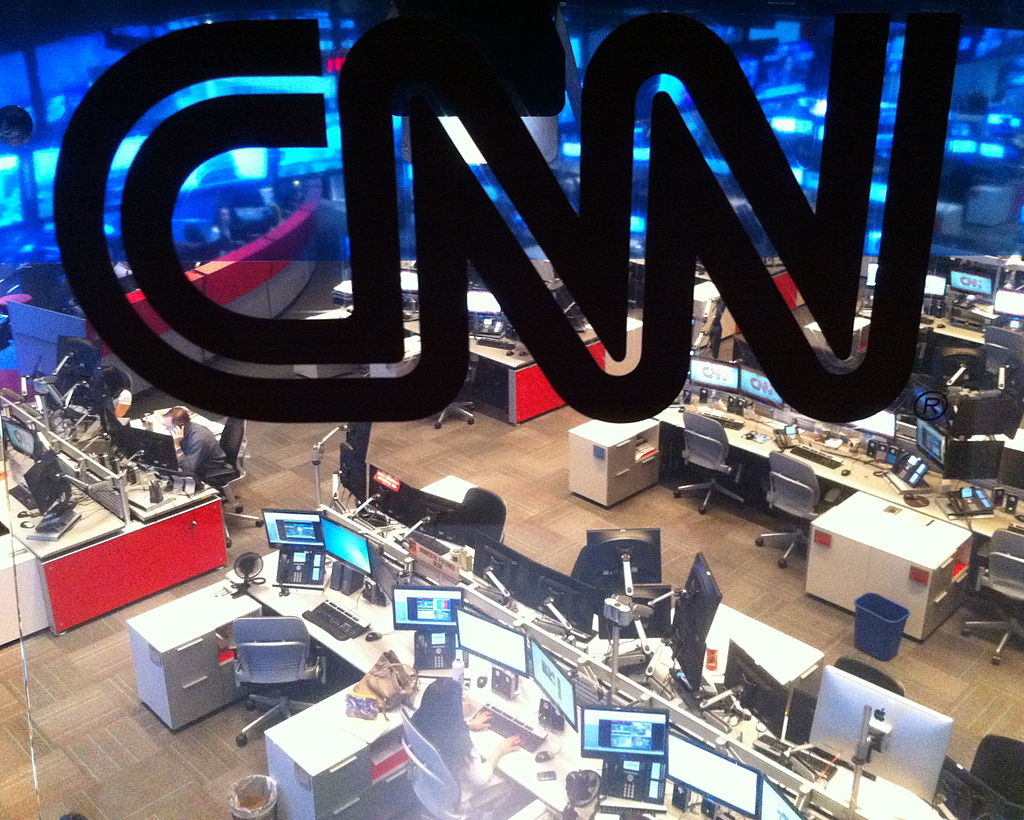 “CNN Atlanta Newsroom” by Charles Atkeison is licensed under CC BY 2.0 (via Wikimedia Commons)

Progressives in the United States are decidedly against the policies and ideology of Donald Trump. And, predictably, when President Trump has displayed aggressiveness towards CNN and other media outlets, these progressives uphold the values of free speech. Yet, last month, CNN was expelled from Venezuela, a country whose socialist regime has been lauded by the likes of Noam Chomsky, Oliver Stone, Sean Penn, and other visible figures of the left. There has been little (if any) uproar over this. This is at best inconsistent, and at worst hypocritical.

Authoritarian figures, both on the right (as President Trump) and on the left (as Venezuela’s President, Nicolas Maduro), are either not aware of, or simply do not agree with, John Stuart Mill’s famous and powerful arguments in defense of free speech. Mill argued that if an opinion is true, then it should be allowed, because there is a moral duty to tell the truth. But, even if the opinion were not true, it should still be allowed, because only by allowing it to be expressed, can it be properly refuted.

Venezuela does not have a strong tradition of free press. Presumably taking cue from Cuban advisors and their authoritarian tradition, back in 2007 then-President Hugo Chavez decided not to renew Radio Caracas Television (RCTV)’s permission to broadcast, effectively shutting it down. RCTV was unashamedly opposed to Chavez’s government; but in Venezuela, CNN has always been different. In the failed 2002 coup d’état against Chavez, CNN broadcasted loyalist government officials denouncing the coup, and this was critically instrumental in bringing Chavez back to power and restoring democracy.

CNN is now being expelled from Venezuela because it broadcasted a report about alleged passport fraud. Misael López, a whistleblower from the Venezuelan embassy in Baghdad came out denouncing that Venezuelan passports were for sale in Iraq. In the preceding years, Maduro had threatened CNN with expulsion. This time, however, he is serious; CNN staff has abandoned the country, and programming is now off the air in Venezuela.

Maduro should have followed John Stuart Mill’s arguments in favor of free speech, because there are at least three ways that CNN’s report could have been refuted. Had he refuted CNN’s claims while not suppressing freedom of the press, Maduro’s political position would have easily been strengthened.

First, CNN’s report is very weak on evidence. It only relies on the testimony of a single whistleblower that has not produced any significant evidence. Over the last few years, Venezuela has had many alleged whistleblowers that provide information that ultimately either turns out to be false, or unsupported by evidence.

Second, a suspicion of Islamophobia can be leveled against CNN’s report. Much has been made of Tarek El Aissami’s designation as Vice President of Venezuela. While it is true that the US government has put El Aissami on a Sanctions List (and has accused him of being involved in a drug dealing racket), no formal accusation has been made regarding his involvement with Islamic terrorism, as presumably, there is no hard evidence for this. Yet, the fact that El Aissami is of Syrian descent has fueled speculation in Venezuela’s opposition that he is in league with Hezbollah. CNN’s report claims Venezuelan passports ultimately wound up in Iraqi and Syrian terrorists’ hands, neatly conforming to the narrative of El Aisammi’s link with Islamic fundamentalism, due to his Syrian ancestry. This eagerness to accuse El Aissami just because he is of Syrian ancestry seems to be Islamophobic. The fact that Islamophobia is on the rise in the Western hemisphere should be a motive to, at least, cast some doubt on CNN’s report.

And third, more controversially, even if it were true that, indeed, Venezuelan passports are being sold in Iraq, perhaps a moral case could be made in its defense. Iraq and Syria’s civil wars have become particularly vicious in the last few years. Unlike other countries in the Western hemisphere, Venezuela has committed to receive at least 20,000 refugees, despite some domestic opposition. As in Europe and the US, there is some (mostly unfounded) concern that these alleged refugees may actually be terrorists.

If, in order to avoid further complications, Venezuela’s government manages to bring a greater number of refugees off the record, by issuing them Venezuelan passports, then perhaps it is not so morally repugnant. Yes, legally speaking, it would be passport fraud. But, morality is above legality. And, in times of war, laws may be broken to do the right thing. Oscar Schindler bribed soldiers and engaged in economic fraud and corruption in order to save Jewish refugees from the Holocaust. He is universally lauded as a moral hero.

Of course, in order to make this moral case, we must be sure that these passports are given out to true victims, and not sold (although, from a utilitarian perspective, this is not even necessary; after all, Schindler’s motivations may have been greedy themselves, yet he still did a moral thing). There is also the reasonable objection that, according to CNN, allegedly, these passports have been issued with ID numbers of Venezuelan citizens, hence perpetrating some form of identity theft. But again, from a strictly utilitarian perspective, it must be evaluated if identity theft morally outweighs saving war refugees. Furthermore, one must also evaluate whether governments have obligations only to their nationals, or whether they are morally authorized to harm some of the nationals’ interests, in order to save foreign war refugees.

Admittedly, neither one of these three refutations are particularly strong. But, they invite further moral discussion. This can only be possible, however, by upholding Mill’s strong arguments in favor of free speech. For that reason, even if CNN’s report turns out not to be true, Maduro had the ethical obligation to allow CNN to stay in Venezuela.